By the Numbers – Dos Anjos vs. Alvarez

66
Seconds it took for dos Anjos to successfully defend his UFC lightweight title by scoring a TKO via body kick and punches against Donald “Cowboy” Cerrone in December, fastest finish in UFC lightweight championship history

14
Wins by dos Anjos inside the Octagon, tied for 2nd most in UFC lightweight history behind Donald Cerrone’s 15

5
Knockdowns by dos Anjos, tied for 9th most among active UFC lightweights

90
Significant strikes landed by dos Anjos against Pettis, 5th most landed by a fighter in a UFC lightweight title fight

9
Takedowns by dos Anjos against Pettis across 10 attempts

39
Takedowns by dos Anjos, 4th most in UFC lightweight history

2
Current ranking of Eddie Alvarez as a UFC lightweight

77.8
Finishing rate percentage by Alvarez across his 27 career wins

14
KO/TKOs by Alvarez in his pro career

7
Submission wins by Alvarez in his pro career

5
Of those career submissions by Alvarez were via choke 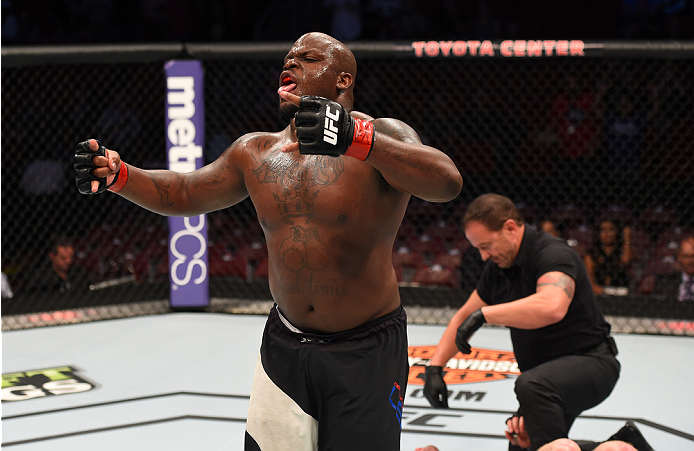 10
Current ranking of Roy Nelson as a UFC heavyweight

87.5
Percentage of Nelson’s 8 UFC wins were earned by KO/TKO

7
KO/TKOs by Nelson inside the Octagon, tied for 5th most in UFC history

6
Of those KO/TKOs by Nelson occurred in the first round, tied for the 2nd most in UFC heavyweight history

4
UFC heavyweights have scored two knockouts in under a minute each - Nelson, Todd Duffee, Stipe Miocic and Matt Mitrione

8
Knockdowns landed by Nelson, tied for 5th most in UFC heavyweight history

10
The Ultimate Fighter season Nelson won as a heavyweight

11
Current ranking of Derrick Lewis as a UFC heavyweight

3
Consecutive knockouts by “The Black Beast” inside the Octagon including his most recent first round KO of Gabriel Gonzaga in April, which won a Performance of the Night bonus 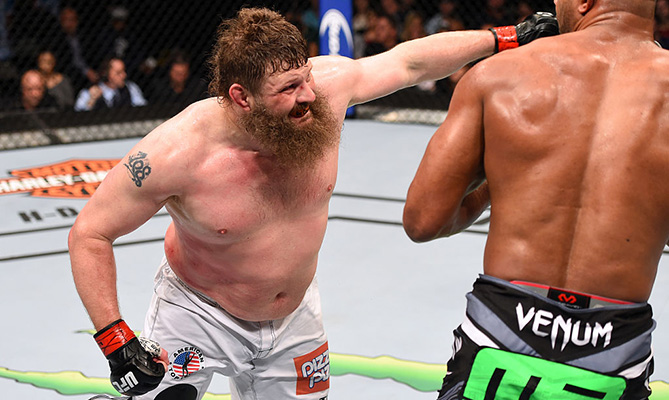 6
KO/TKOs by Lewis. No other fighter has scored this many striking stoppages inside the Octagon since Lewis’ UFC debut in April 2014