By The Numbers: Another Super Saturday

Breaking down Saturday’s fight cards in New Zealand and San Antonio By The Numbers... 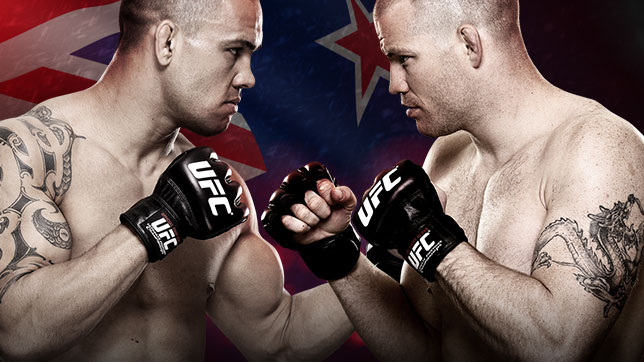 This Saturday, UFC Fight Night: Te Huna vs. Marquardt will take place on UFC FIGHT PASS in the morning and UFC Fight Night: Swanson vs. Stephens will air on FOX Sports 1 at night. Let’s look at both events By The Numbers.

14
Current ranking for Te Huna as a UFC light heavyweight

185
Pounds or middleweight, which Te Huna will be competing at for the first time inside the Octagon against Nate “The Great” Marquardt

4.31
Significant strikes landed per minute by Te Huna inside the Octagon, UFC average 2.61

5
Takedowns for Te Huna against Igor Pokrajac at UFC 110

10
UFC wins at middleweight for Marquardt, tied for 3rd all-time

4
Knockdowns by “The Great” against Dean Lister at UFC Fight Night: Evans vs. Salmon, most knockdowns in a single UFC fight ever

21
Seconds for Marquardt to score a KO punch over Demian Maia at UFC 102, 5th fastest knockout in UFC 185 pounds’ history

13
Submission attempts for Marquardt inside the Octagon, tied for 3rd most in UFC middleweight history

11
Of Marquardt’s attempts were guillotine chokes, 5th most in UFC history

11
Consecutive career wins/finishes for “The Hulk” via punches

7
Career finishes in under a minute for Palelei

3
Wins/finishes for Palelei via punches inside the Octagon

2
Eerily similar wins in a row for “The Hulk” inside the Octagon with Palelei scoring a single takedown, raining down punches, and causing a knockout in just over 2 minutes of action against Pat Barry in December and Ruan Potts in May

57
Takedown accuracy percentage for Rosholt in his 2 UFC bouts

8
Guard passes by Rosholt in his unanimous decision win over Daniel Omielanczuk at UFC Fight Night: Noguiera vs. Nelson

66.5
Percentage of Rosholt’s significant strikes landed in his 2 UFC fights that were on the ground

13
Takedowns for Hatsu Hioki in his 6 Octagon appearances

4
Takedowns for Hioki against Ivan Menjivar at The Ultimate Fighter China Finale: Kim vs. Hathaway and against Ricardo Lamas at UFC on FX: Maynard vs. Guida

209
Significant strikes landed by Hioki inside the Octagon

33.5
Percentage of those strikes were to the body, largest proportion of significant body strikes in the UFC at 145 pounds (min. 300 att.)

103
Seconds for Oliveira to secure, an uncommon, “calf-slicer” submission of Eric Wisely at UFC on FOX: Evans vs. Davis, 5th fastest submission in UFCfeatherweight history

4
Current ranking for Cub Swanson as a UFC featherweight 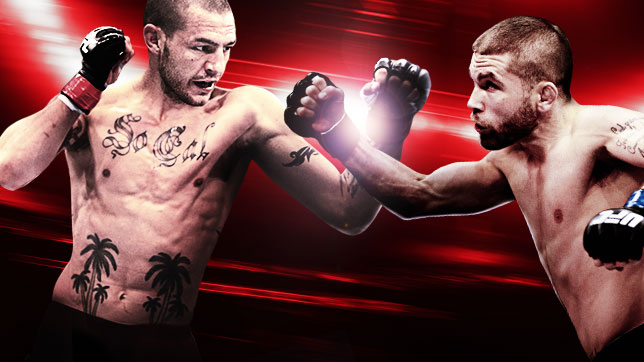 4
KO/TKO wins by Swanson in UFC/WEC competition, tied for 2nd most in UFC/WEC featherweight history

9
Featherweight victories in UFC/WEC competition for Swanson, 3rd most in the combined division’s history

1:57:46
Total fight time for Swanson in the UFC/WEC at 145 pounds, 6th all-time in UFC/WEC featherweight history

77
Percentage of Swanson’s sig. strikes have been at distance, 5th largest proportion of distance strikes among active featherweights (min. 350 att.)

11
Current ranking for Jeremy “Lil’ Heathen” Stephens as a featherweight

4
KO/TKO wins by “Lil’ Heathen” inside the Octagon at lightweight, 4th most in UFC lightweight history

7
Knockdowns as a lightweight for Stephens, 3rd most in the UFC division’s history

3
Knockout of the Night bonuses for “Lil’ Heathen” at UFC 91 over Rafael dos Anjos, UFC Fight Night: Diaz vs. Guillard over Justin Buchholz, and UFC 125 over Marcus Davis

25
Takedowns Stephens has scored in the UFC

17
The Ultimate Fighter season Kelvin Gastelum won as a middleweight

11
Current ranking for Gastelum as a UFC welterweight

6
Career finishes for Gastelum (4 KO/TKOs, 2 subs) including his rear naked choke of Brian Melancon in his welterweight debut at UFC Fight Night: Condit vs. Kampmann 2

3
Consecutive wins inside the Octagon for Gastelum

50
Takedown accuracy percentage for Gastelum in his 3 UFC appearances

50
Takedown defense percentage for Gastelum in his 3 UFC appearances

11
Leg kicks thrown and landed by Gastelum against Story

16
Days notice Sweden’s Nico Musoke had before he made his Octagon debut against veteran striker Alessio Sakara at UFC Fight Night: Machida vs. Munoz

2
Consecutive wins for Musoke inside the Octagon as Nico earned a unanimous decision win over Viscardi Andrade at UFC Fight Night: Machida vs. Mousasi

7
Career first round finishes for Musoke