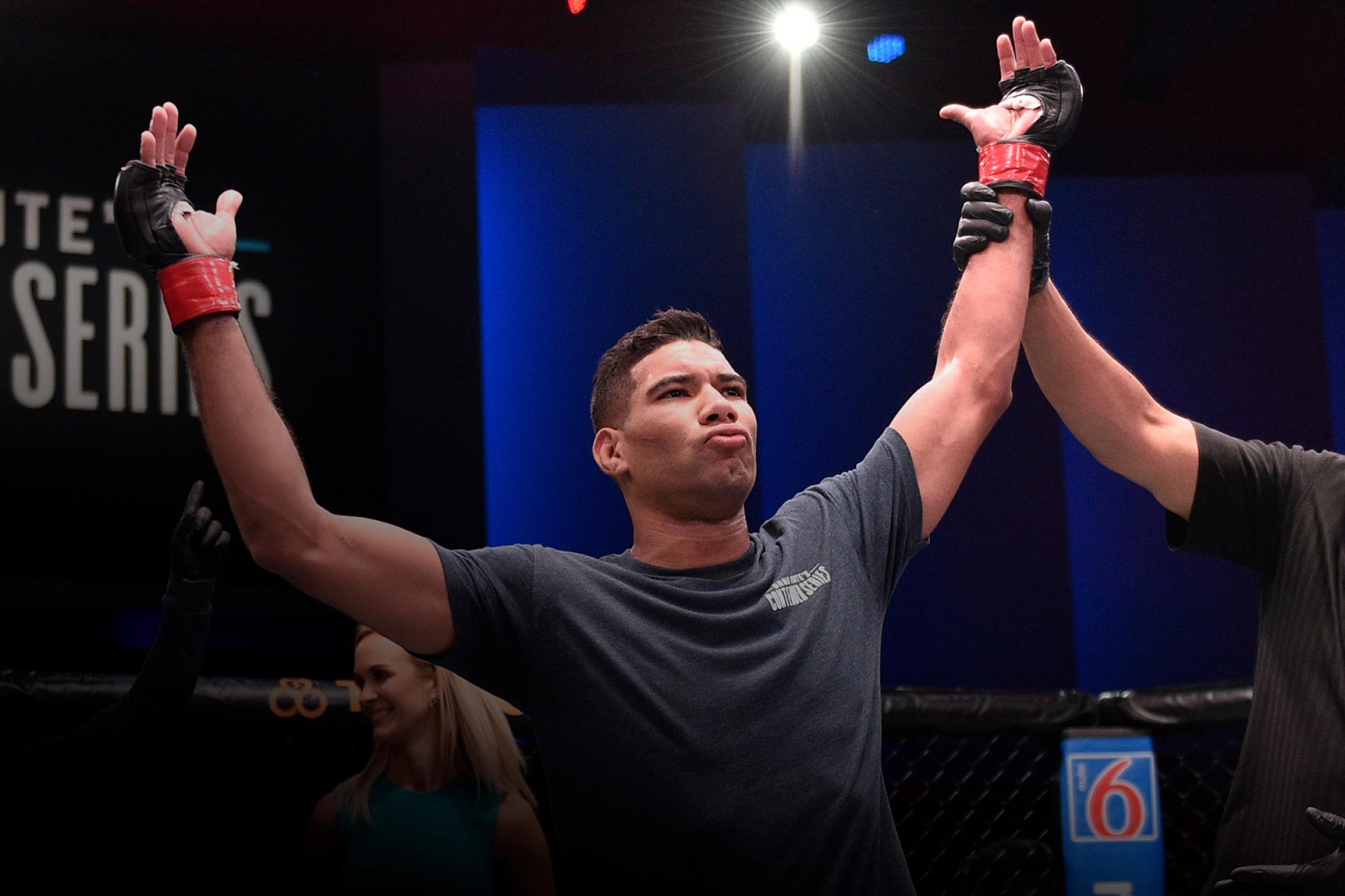 A first-round submission earned Herbert Burns a spot in the UFC alongside his brother.
By Thomas Gerbasi • Aug. 23, 2019

Fight fans have been waiting a long time for Herbert Burns to join his older brother Gilbert in the UFC. On August 6, Burns was going to get his chance when he was signed to compete on Dana White’s Contender Series.

Most expected “The Blaze” to be too much for opponent Darrick Minner, but there was some added intrigue since Burns was pitting his Brazilian Jiu-Jitsu black belt against an opponent with 19 submission wins.

“When I saw the fight, I’m like, ‘Man, I like this fight,’” Burns said. “Usually guys run from fighting on the ground with me. But I knew he had 19 submissions, a lot of guillotines and I knew he would try to test himself.”

Minner did just that, showing no fear of Burns on fight night. That was just fine with the Niteroi native, who ultimately ended the bout via triangle choke at 2:29 of the first round.

Mission accomplished, but Burns wasn’t exactly secure when it came to getting a UFC contract that night.

“I think I did enough, but I was questioning myself,” said Burns, who was quickly shut down by coaches who told him that he did more than enough to earn a positive nod from UFC President Dana White.

They were right. Herbert Burns is now a member of the UFC roster. And now the fun begins.

“I knew I was on this level, and it was definitely a dream come true, but I have more dreams after that,” he said. “It was a relief, though. The weight of the world came off my shoulders.”

Well, there was still more pressure to deal with that week, as big bro Gilbert had a short-notice fight scheduled against Aleksei Kunchenko in Uruguay four days after Herbert’s win in Vegas.

“I actually get more nervous when Gilbert’s fighting than when I fight,” said Herbert. “When I fight, I’m usually very cool and composed and relaxed. I need to pump myself up; if not, I’ll just go sleeping into the cage. (Laughs) But when Gilbert’s fighting, I get super nervous. But I trust him. We spoke a lot before the fight. I said, ‘Just keep your composure. It’s a last-minute fight, but you have it in you. This guy’s undefeated, but you’re still way better than him.’ He put on a great performance, and when he gassed out a little bit, he showed great heart and that’s how champions are made.”

Gilbert got the win, meaning that there was going to be a heck of a celebration for the Burns family. It’s not the first time they’ve fought and won in the same week, but they’ve never fought on the same card. That can change now, and Burns has an idea how to make it happen.

“The UFC could do a sibling card,” he said. “The Burns brothers, Pettis brothers, Diaz brothers, Valentina (Shevchenko) and her sister, and have them fight against other people. One side only the siblings against the other fighters. It could be an idea.”

It’s a great idea, and Herbert Burns is happy that he’s finally in position to compete in the same promotion as his brother and make his mark among the best in the world. And he is a threat to do just that. Just ask anyone who ends up on the ground with him.

“In Brazil, we say for most people, the ground is the end,” Burns said. “For the jiu-jitsu guy, the ground is just the start. (Laughs) And that’s good, because it’s a dangerous weapon. Jiu-jitsu saves you. You’re getting it bad on the feet and you got caught and you’re tired and the guy knocked you down and he’s going to finish the job now. Then he gets caught in a submission. They always have that on the mind. I never got knocked down, not even in training, and I hope it keeps like that, but if it happens someday, I’m sure the guy will have second thoughts to go to the ground and try to finish me. They should stay away from the ground with me because when it comes to the ground, they already know what’s going to happen.”