Nothing Will Stop Sam Alvey From Smiling

With 52 professional fights to his name, there aren’t many fighters who have spent more time inside an Octagon or cage than Sam Alvey.

He enters his UFC Fight Night: Santos vs Hill bout with Michal Oleksiejczuk enjoying his career just as much as he did when he made his professional debut in 2008. There are a variety of reasons that “Smile’N” Sam has kept the same energy over the years but, truthfully, it boils down to the fact that he doesn’t have to wear shoes.

“I have one of the only careers in the world if I don't want to wear shoes, I don't have to,” Alvey joked with UFC.com. “When I do my work in the cage, I'm not allowed to wear them. And [my job] comes down to I can make my life as simple or as complicated as I want.”

Alvey’s recent trips to the Octagon have come with complicated results. The 23-fight UFC veteran hasn’t recorded a win in any of his last eight bouts, finding himself on the outside of some razor-close split decisions or on the receiving end of a standout finish. 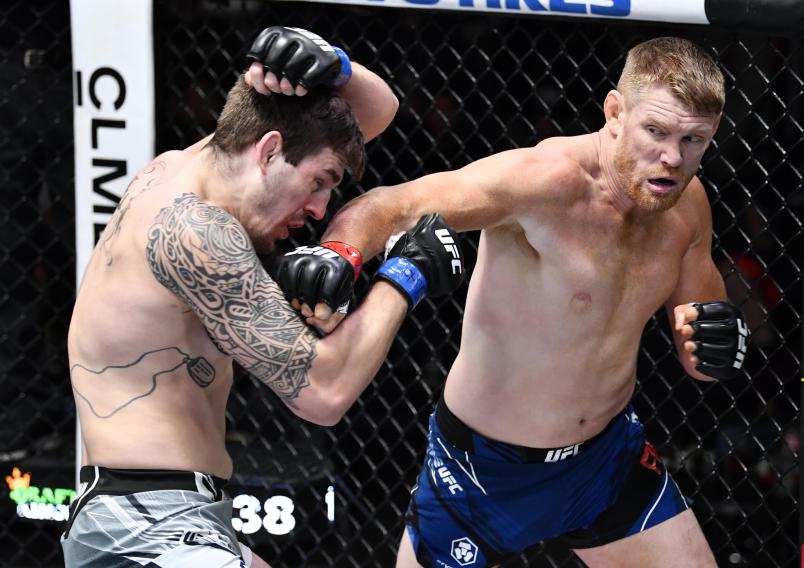 There’s no way to beat around the bush – it’s been tough sledding for Alvey. But those outcomes haven’t changed his perspective on fighting - or on life - in the slightest.

That’s why Alvey decided to split time between camps ahead of this bout with Oleksiejczuk, training in California and Tennessee. He’s hit the weight room a bunch more and he’s been working on breaking some old habits.

For years, Alvey has kept his fighting style simple. Fans have grown accustomed to watching Alvey let his opponents put on pressure while he relied on his counterstriking and iron chin to outduel his adversary.

While he’s made some tweaks along the way, he’s always stuck to his bread and butter. But after a recent stretch of difficult defeats, Alvey knew it was time to make some serious changes to his game 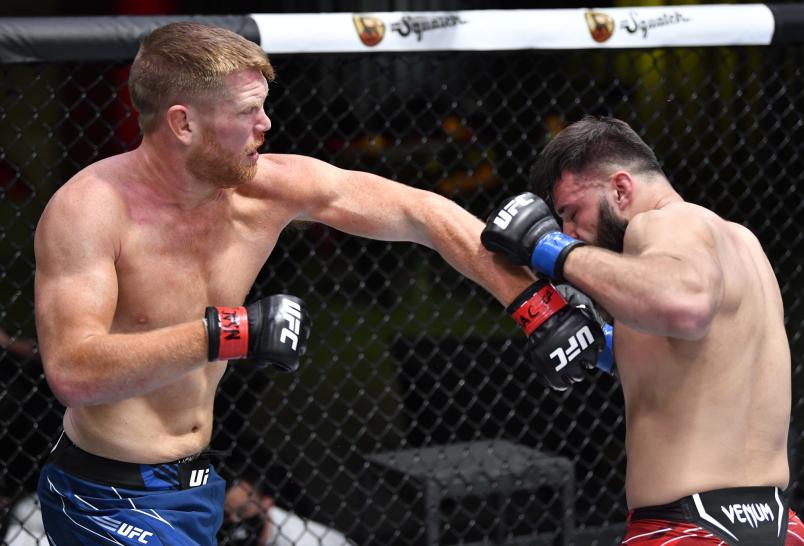 “I need to move. I'm so sick of not moving,” Alvey said. “It has been walk backwards, walk backwards, right hook. It has worked my entire career until this recent stretch of time. So, I'm done with that. I'm going to move. I've been out striking people and my volume has gone up when I wanted it to. I need to keep the volume up, but I need to get my feet moving, too.”

Alvey hopes these adjustments will propel him to a statement performance against Oleksiejczuk this weekend. It’s the last fight on Alvey’s UFC contract, and although he’s failed to get his hand raised in his last eight bouts in the Octagon, he’s confident that if he beats Oleksiejczuk in emphatic fashion, he will get another UFC deal.

“So win, lose or draw, I'm going out there on my shield or with it. I am trying to impress everyone,” Alvey said. “I'm trying to give people a reason to watch the UFC, and to watch myself, particularly. And I've really had some good fights, I've had some great fights here in the Octagon. Won a few of the bonuses, hopefully I'm working towards getting another one this week and it's really been a blessed career not just because I fight well, but because the fans enjoy how I fight.

“I bring something to the sport [that] nobody else does. I enjoy the sport more than anybody. And if I can go out there, win while performing like I like to perform, like I know I can perform, I think that'll be enough to keep me in here.”