Nothing Will Stop Duško Todorović From Achieving His Goals

No One Puts More Pressure On Duško Todorović Than Himself, But That's What Will Make Him Shine At UFC Fight Night: Holm vs Vieira
By Miguel Navarro III • May. 19, 2022

Today, Serbia’s own Duško Todorović returns to the Octagon to take on Chidi Njokuani.

The last time fight fans saw the 28-year-old fighter inside the Octagon, he had just delivered an impressive TKO finish against Maki Pitolo in December. Considering that Todorović was on a two-fight losing skid just before beating Pitolo, that was the exact performance he needed to have. However, what that win represented was far greater than just an “impressive TKO finish.”

Don't Miss Any Of UFC Fight Night: Holm vs Vieira

In July of last year, Todorović was struck by a vehicle and his leg had seriously been injured. Not even telling his own family about the injury, Todorović continued to press on, even training while being injured.

While training with an injury is a common thing to hear in this sport, it’s not common to hear about an athlete being struck by a vehicle and continuing to fight and train. After overcoming so many unforeseen and extremely frustrating setbacks, Todorović snapped his two-fight losing skid to close out the year.

When reflecting on how that entire last year played out, the Serbian fighter is most proud of how he handled the situation and overcame all the difficulties.

“I was hit by a car; my leg was pretty busted up. So, I basically hadn’t trained right for that fight. It was a difficult fight for me. I’m just proud that me and my team managed to get the big W. It was a very important win for me, coming from the two losses in a row. I’m glad I managed to finish that year with a big win and get a new contract,” said Todorović.

When asked what his biggest takeaway was from that experience was, Todorović said, “We are all a lot tougher than we think, I guess. Trying to prepare for a fight on its own is a very difficult thing.

Trying to prepare for a fight in the condition that I was in, it’s even more hard. It was a lot of pressure on me. It was my last fight under contract after a two-fight losing streak and having the injury. It felt like everything was against me. But it felt good to win against odds.” 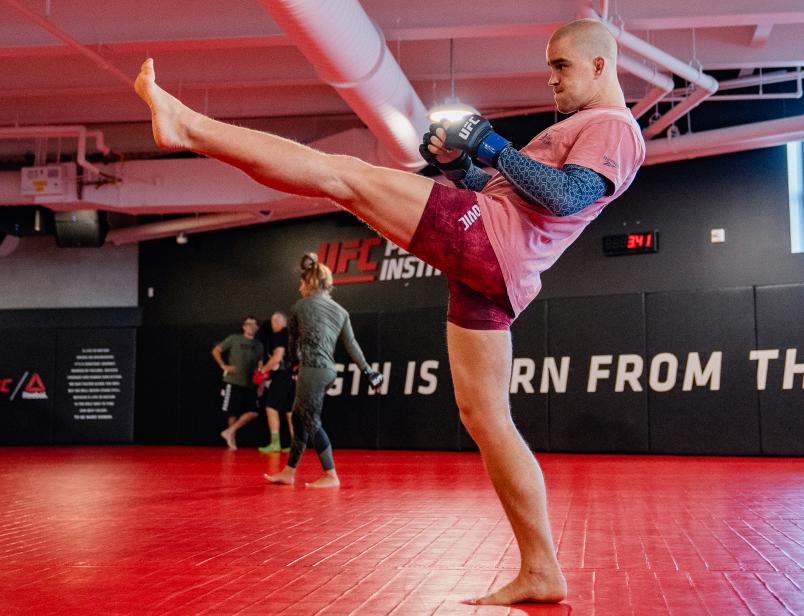 Todorović should feel proud about everything he’s overcome. He’s a true fighter inside and outside the Octagon. Throughout his journey, he’s stayed true to his roots. Staying in Serbia to train, live, and rehab from injury. Todorović wants to prove that you don’t need to leave your home country to make it far in the UFC.

“What I think separates me from a lot of guys is I do all my training in Serbia. We did everything: camp, everything. We fight, then we go back to Serbia,” said Todorović. “I’ve said it before in interviews, I just want to prove that it can be done. From my country. From my team, Secutor Academy. That’s a goal of mine. A dream of mine, and my coach. To show that it’s possible and we can make it happen.”

Todorović isn’t alone in his dream of putting Serbia on the map. With help from fellow training partner and third-ranked UFC light heavyweight Aleksandar Rakić, Serbia is well on its way to becoming a strong territory that produces great fighters.

READ MORE: The Future Of Serbian MMA Is Now

Every region in the world has great fighters, but you need a main hub or at least a few gyms to help train and produce these athletes. It may seem like a slow process, but with the likes of Todorović and Rakić leading the charge, Serbia will surely become what those fighter have envisioned for their home. 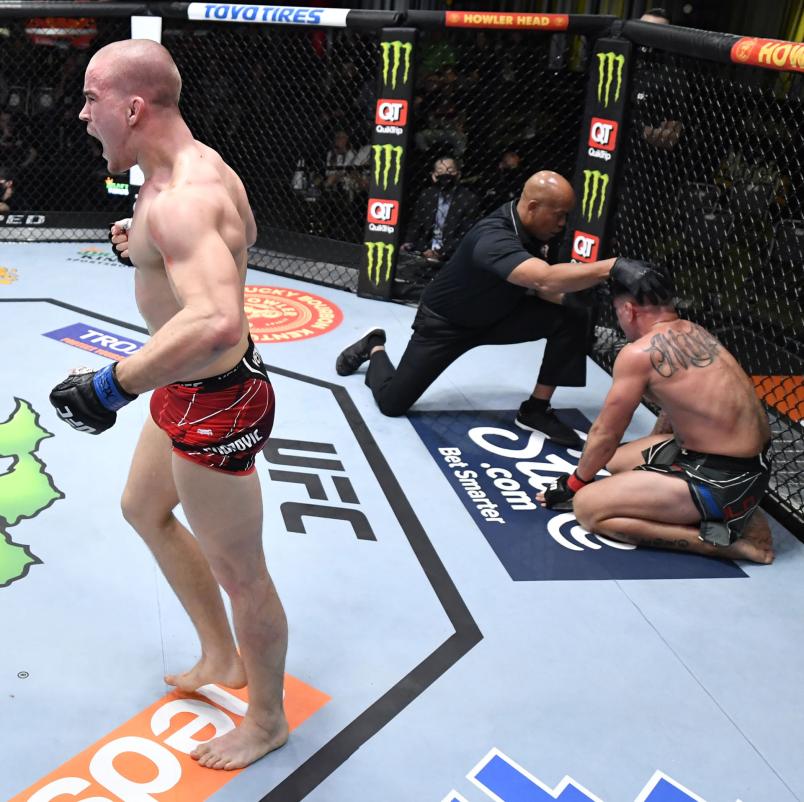 Dusko Todorovic of Serbia reacts after his victory over Maki Pitolo in their flyweight fight during the UFC Fight Night event at UFC APEX on December 04, 2021 in Las Vegas, Nevada. (Photo by Jeff Bottari/Zuffa LLC)

The Serbian mixed martial artist has dedicated his life to the sport. Starting taekwondo at a young age, Todorović is a true student of the game. Whether he knows it or not, he’s a trailblazer for the people in his region. It’s inspiring to hear how dedicated and selfless Todorović is to the sport. Of course, he wants to become champion, but what matters most to him is that his home is on the map.

Losses are what help us grow and become greater. Better for Todorović to go through these growing pains early in his career, then later on when it’s too late. He’s only 28 years old and is nowhere near his peak. There is no need to rush anything.

Todorović will have a great challenge in fellow Dana White Contender Series alumnus Njokuani. Njokuani is currently on a three-fight win streak with each win ending in a finish. His striking has proven to be lethal, and he may pose a real problem to his division. But he’ll have to get past Duško Todorović first before even thinking about what’s next.