Nothing Will Stop Charles Byrd

After more than a year away from the Octagon, Charles Byrd is back and ready to write his next chapter at UFC 250.
By Gavin Porter, On Twitter @PorterUFCNews • Jun. 2, 2020

Charles Byrd is no stranger to adversity.

Byrd wasn’t awarded a contract after finishing Jamie Pickett on his first Dana White Contender Series appearance in 2017. But just over a month later, Byrd returned to DWCS, finishing Randall Wallace and earning his way into the UFC.

“I know my last few fights didn’t go the way I wanted them to go, but I also know that doesn’t mean that I don’t have what it takes to be successful in the UFC,” Byrd, who trains out of Fortis MMA in Dallas, TX said. “I need to do what I’m best at and I will take care of business.” 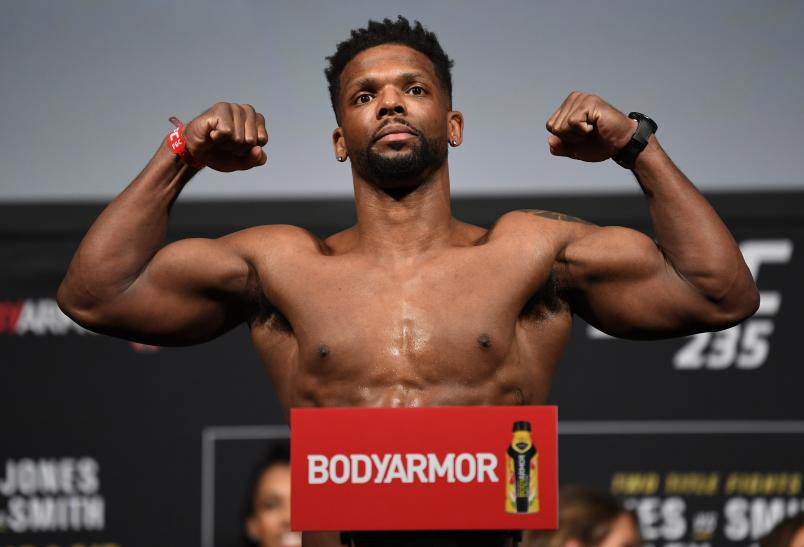 Charles Byrd poses on the scale during the UFC 235 weigh-in at T-Mobile Arena on March 01, 2019 in Las Vegas, Nevada. (Photo by Jeff Bottari/Zuffa LLC via Getty Images)

Just weeks after his bout with Shahbazyan in March 2019, Byrd was involved in a car accident, leaving him with severe whiplash.

“A neck injury isn’t like a joint injury that you can play through; when it comes to the neck you have to take it serious and you have to deal with certain things,” the 36-year-old Byrd said. “I had to force my mind and my body to adapt with all the uncertainty that comes with a neck injury. But to be completely honest, this is the best I’ve ever felt mentally and physically going into a fight. It’s been a long process and I’ve had to overcome some things, but I’m ready.”

At UFC 250 on Saturday, Byrd will fight Maki Pitolo, also known as “Coconut Bombz, who, like Byrd, got his UFC contract by catching the attention of Dana White on DWCS.

“I’m fighting Maki Pitolo and he looks like a well-rounded guy. Honestly, I like his style; he is going to get in my face and push the pace,” Byrd said. “It’s going to be fun, that’s for sure.”

That “fun” Byrd is referring to is stepping into the Octagon for the first time in over a year. He believes that with all the things happening in the world today, fighting is a true escape for him and for anyone that decides to watch UFC 250. 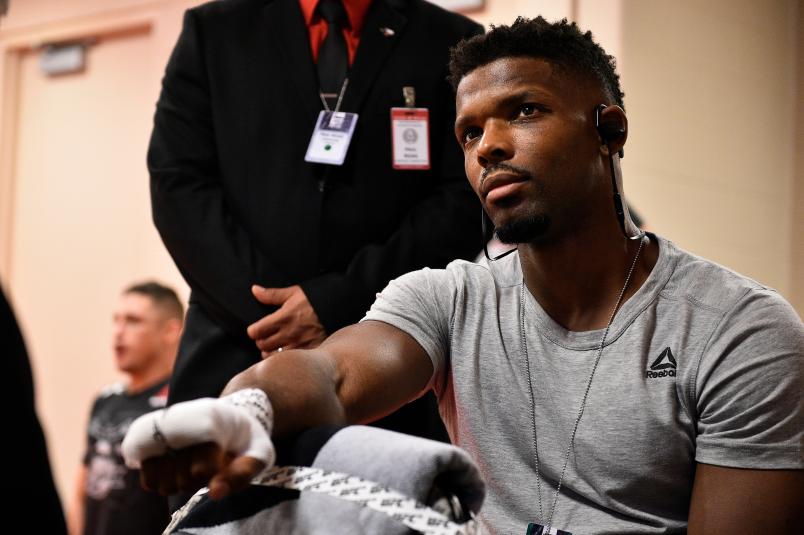 Charles Byrd has his hands wrapped backstage prior to his bout against Darren Stewart of England during the UFC 228 event at American Airlines Center on September 8, 2018 in Dallas, Texas. (Photo by Mike Roach/Zuffa LLC via Getty Images)

“I just feel like you turn on the news every day and there is just more negativity,” Byrd said. “I love that I can just go in there [the Octagon] for fifteen minutes and do something that I love, something that excites me. It’s an escape, not only for me, but for anyone that watches.”

Byrd can’t wait to escape on Saturday, and he’s eager to write the next chapter of his story and show that he is ready to come back stronger than ever before.

I’ve really gotten to know myself better; I’ve done deep searching and stayed out of the rat race,” Byrd said. “Once that door shuts, the world will see what I’ve become. I want to be known as a guy that will dismantle the toughest guys and, like I said, I like Pitolo, but I’m a different kind of problem than he has ever faced.”

Watch UFC 250 live on PPV this Saturday, 10pm ET/7pm PT and make sure to catch Byrd’s return on the opening fight of the ESPN and ESPN+ prelims at 8pm ET/5pm PT.