Northcutt's focus to be the best solely focused on UFC 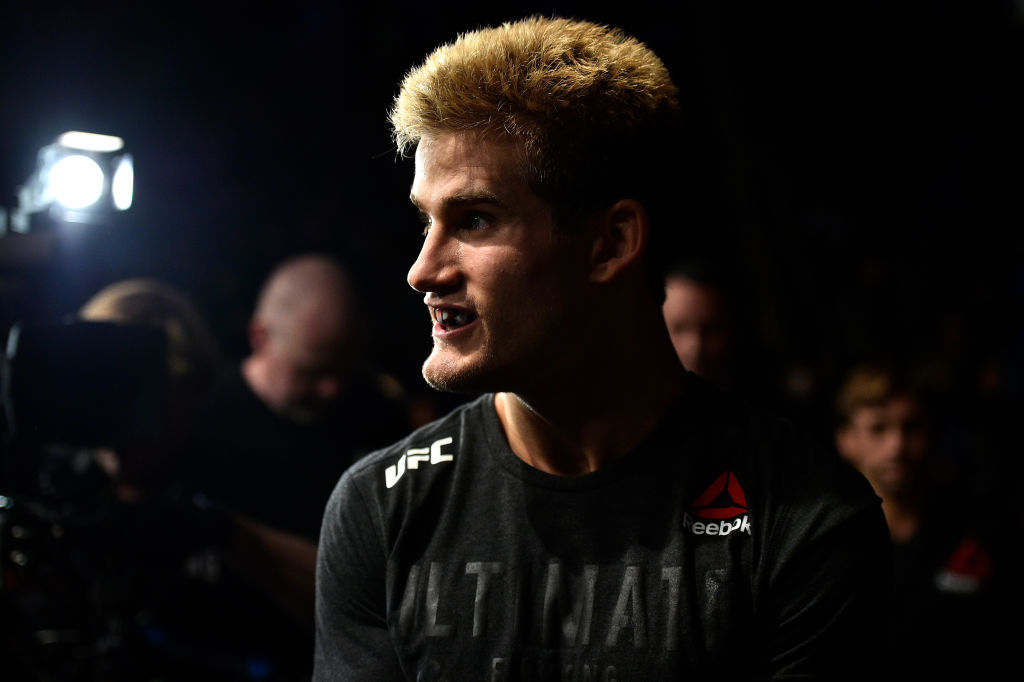 Sage Northcutt prepares to enter the Octagon prior to facing Michel Quinones in their lightweight bout during the UFC Fight Night event inside the Ted Constant Convention Center on November 11, 2017 in Norfolk, Virginia. (Photo by Brandon Magnus/Zuffa LLC/Zuffa LLC via Getty Images)" align="center" />
It is impossible not to smile when talking to Sage Northcutt.

The youthful exuberance, the hyper-positive attitude, the genuine love for life that permeates his being and stand alongside his action figure physique on his social media feeds flow through the phone line and immediately put a smile on your face.

With “Super Sage,” everything is super – super-exciting, super-happy, super-confident – but it’s completely legitimate; there is nothing forced or inauthentic about it.

He’s a 21-year-old kid chasing his dreams and embracing the process to the fullest, riding the highs and lows of being thrust into the spotlight from Day One in the UFC and handling it all with aplomb.

And he’s only getting better.

“I’ve been improving and I believe in my last fight against Michel Quinones you can see the improvements,” said Northcutt, who collected a unanimous decision victory over Quinones in his lone Octagon appearance in 2017. “I think I did a lot of great things out there and I’m definitely looking forward to the next fight.”

Though injuries and illnesses limited him to just a single fight in 2017, last year is destined to go down as a pivotal year in Northcutt’s progression as a fighter.

After spending his first 14 months on the UFC roster trying to balance scholastic pursuits at Texas A&M University with competing at the highest level in the sport, the Katy, Texas native opted to press pause on his academic career in order to go all-in on his ambitions of winning the UFC lightweight title.

In addition to eliminating the stresses and obligations of pursuing a degree in petroleum engineering from his plate, Northcutt also opted to pack his bags and relocate to Sacramento, California to train alongside the all-star cast of fighters and coaches at Team Alpha Male.

The impact, he says, has been profound.

“I think before, in my previous fights, I had so much on my plate with school and studying to be an engineer, not getting to train at an actual camp and train with an actual team because of being at school, everything that went on interfered with me fighting for the UFC and being the best I could be,” said Northcutt, who looks to make it two in a row when he takes on Thibault Gouti in the main card opener of Sunday night’s event at the Frank Erwin Center in Austin, Texas.

“Now I’ve got that stuff out of the way, I’m focused and I’m ready to go out there and perform, make myself the best I can be and be the UFC champion in the future.

While he tested the waters at several camps before selecting where to set up shop, including spending time at Tristar in Montreal and training alongside welterweight champ Tyron Woodley at Duke Roufus’ gym in Milwaukee, landing at Team Alpha Male feels like the ideal fit for someone with Northcutt’s raw athleticism and abundant potential.

Although Northcutt doesn’t have the same wrestling pedigree as some of his predecessors, he’s a tremendous athlete who has shown an ability to absorb and retain information quickly. Working in a room full of like-minded individuals chasing the same UFC dreams, the young upstart has the opportunity to make serious strides between each appearance, starting with his return to the cage this weekend in Austin.

“There’s really nothing too much that has changed up, but I’m really focusing on making every aspect of my game better – the wrestling, jiu-jitsu, the boxing, the karate – and making it flow together better.”

After being sidelined for most of last year and limited to a single Octagon appearance, the energetic youngster is amped up to be returning to action just a few short months after registering his fourth UFC victory.

“It’s super-exciting,” said Northcutt, who is 4-0 in the UFC when competing at lightweight. “Fighting is super-fun and training is super-fun, so that means I have a fight, I’m ready, everything goes great, I’m in great shape, come out feeling great with nothing on my body hurting, well that works out perfectly because I’m already in great shape, training hard and ready for the next fight. I really like it.

And to be able to do it just a few hours from home is even better.

“I’m super pumped up that it’s in Texas, only a few hours away from my home, so that’s super-exciting,” he said of his showdown with Gouti. “Obviously, I’m looking to go out there and be victorious and I’m always looking for the finish.

“I’ve never gone into a fight saying, ‘I’m going to go two rounds or three rounds.’ I’m looking to finish my opponent and whether that happens or it doesn’t, I’m looking to put on a great show, do my best, make sure everyone watching has a good time and for y’all to see the improvements I’ve made in my game.”