Northcutt vs Gall Set for Sacramento 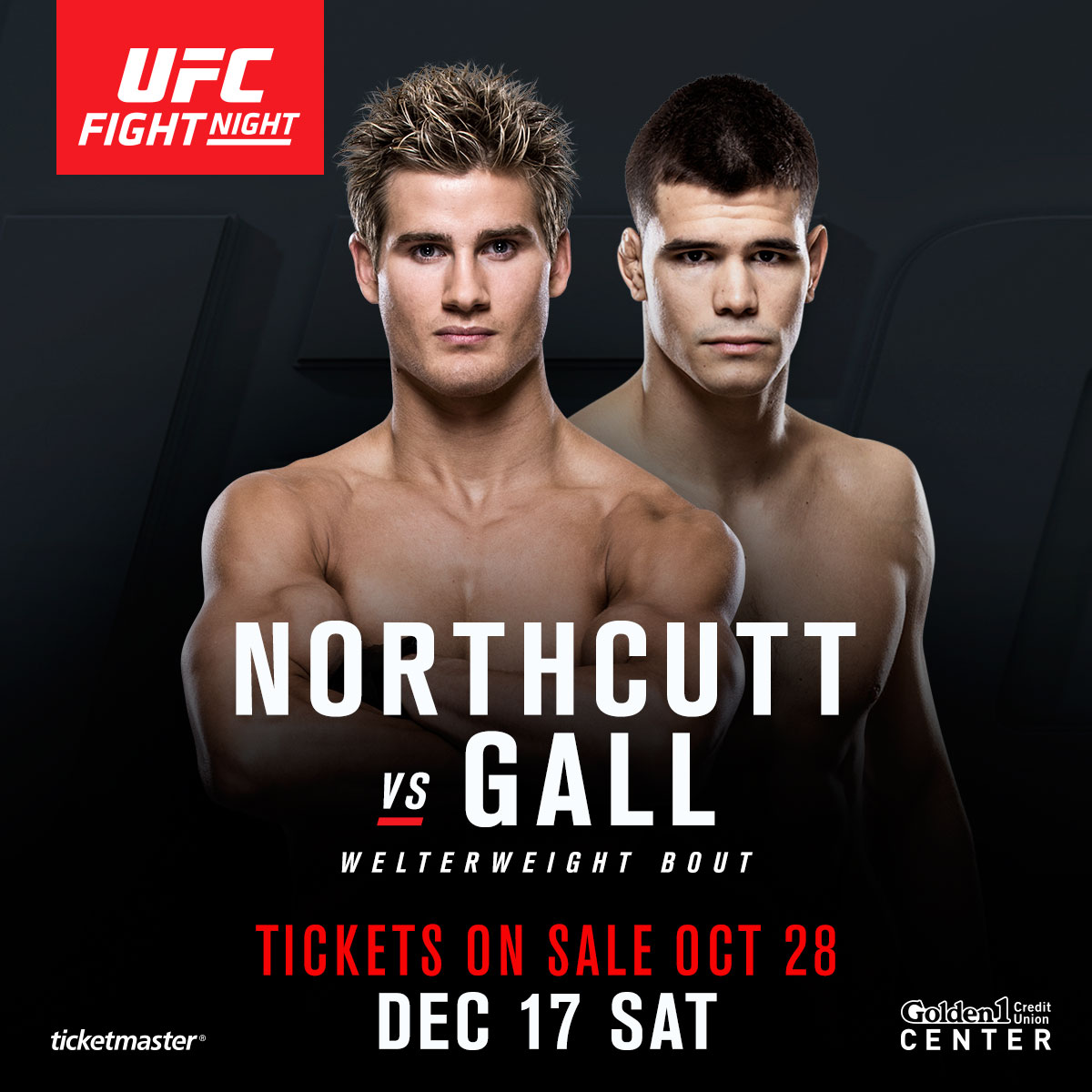 Two of the top young rising stars in the UFC will collide on Saturday, December 17, when Sage Northcutt faces unbeaten Mickey Gall in a welterweight bout at Golden 1 Center in Sacramento.

It's been a whirlwind year for New Jersey's Gall. After calling out WWE superstar CM Punk for a UFC bout, he defeated Mike Jackson in his Octagon debut in February before defeating Punk via submission at UFC 203 in September.

Immediately after the bout, he called out Texas phenom Northcutt, and "Super Sage," who has gone 3-1 in the UFC with wins over Francisco Trevino, Cody Pfister and Enrique Marin, accepted, with the two meeting this December in an eagerly-anticipated showdown.

Tickets go on sale on October 28.

Both Northcutt and Gall got their UFC break by competinig in front of UFC president Dana White on his YouTube show "Dana White: Lookin' for a Fight." Watch their individual episodes below to get ready for their big fight to end 2016.