Sage Northcutt isn’t used to losing. At anything. In karate, his exploits and dozens of titles earned him an induction to the Black Belt magazine Hall of Fame in 2012.

It got so crazy for the Texas teenager that he started giving his trophies away. And in doing so, he showed just what kind of young man he was. And is.

“In the more recent years, I started to give away the trophies to little kids and people that came out to support me and watch me,” he said. “Especially the kids. When they look up to somebody and they want to be like someone or want to compete like someone and do what they can do, I think it makes a big impact on them.”

Northcutt, now 19, fights in the Octagon for the third time on Saturday against Bryan Barberena. He’s unbeaten in the UFC and in MMA, and the buzz about him grows louder and louder with each fight. But to say he’s unaffected by the hype train would be an understatement.

“I’m having a blast with it,” the Katy product said. “As you can see, from my first fight I had for the UFC, I wasn’t nervous at all. I actually walked down to the Octagon and I was having so much fun that I was looking around at the crowd and kind of soaking it in and thinking to myself, ‘wow, this is a blast out here, and I can’t wait to put on a show.’ So that’s what I did.”

Two fights in, Northcutt has two finishes of Francisco Trevino and Cody Pfister, but the attention he’s received has often been more about his demeanor. The Texas A&M student is polite, a gentleman, and almost a young man from a different time. It’s refreshing, and news flash – he’s not going to change.

“I always want to stay humble,” he said. “That’s something huge to me. So having an image that someone can follow and try to look up to, it means a lot to me. So I always try to do my best to carry myself well and stay humble in everything I do.”

But make no mistake about it, Northcutt is a fighter, and he has been for a long time. So while his peers have set their sights on bursting his bubble and putting a loss on his record, hoping to steal some of that spotlight away, he’s been the kid with a target on his back for a long time, and in his new sport, he knows what he signed up for. In short, he doesn’t mind having his fellow prospects gunning for him.

“That doesn’t bug me, no sir,” Northcutt said. “The thing is, the sport is MMA, so everybody’s a fighter and I’m going out there to finish my opponent as quickly as possible. I’m in a sport where we’re meant to fight each other, so I completely understand that.” 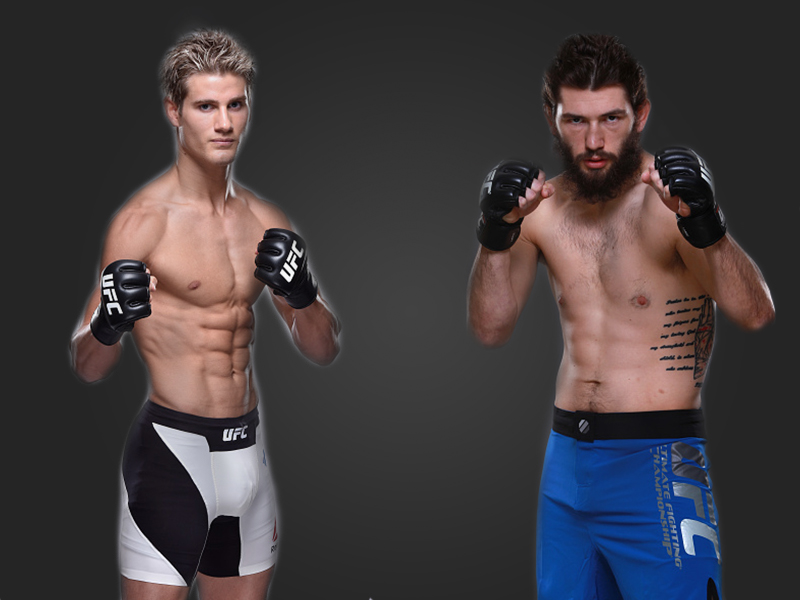 This week’s foe is Barberena, an opponent brought in on short notice to replace the injured Andrew Holbrook. The bout is now at 170 pounds, not Northcutt’s usual weight of 155, and the Arizonan might be an even tougher matchup for the Texan. Add in that the fight is on the FOX main card and that the bulk of the media attention will be on Northcutt, and it’s a situation that could overwhelm most teenagers. But if you haven’t figured it out by now, Northcutt is not most teenagers.

“I enjoy all of it,” he said. “So any of the media that I’m getting to do, even on the week of the fight and a few days before the fight when I’m making weight, I’m having so much fun with it that it’s all a blast for me. I think something people don’t realize is that without the media and getting to have fun doing that, there wouldn’t be a UFC like it is.”

Don’t let the smile fool you though.

“Even when I’m in there, I’m smiling and having a good time, but once we’re out there, it’s me and my opponent, and when the bell rings I’m zoned in completely on my opponent,” he said. “And it sounds crazy, but at least in my other fights, everything seems like slow-motion when I’m out there. It’s like the Matrix.”