"I got the call about the tryouts and I said I might as well give this a go because if I don’t I might never get the chance again." - Norman Parke 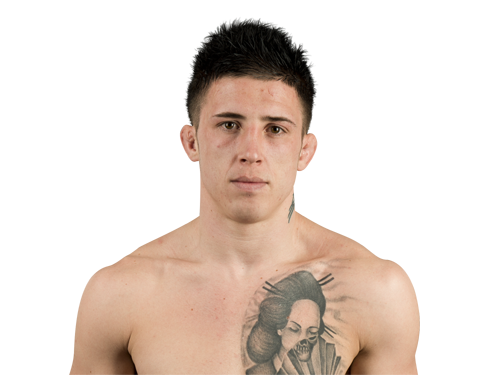 When you hear Colin Fletcher talk about his opponent this week in the TUF Smashes lightweight final, Norman Parke, it’s almost as if he’s speaking about a family member, not someone he’ll be punching in the face shortly on the Gold Coast of Australia.

But once you encounter the aforementioned Mr. Parke, Fletcher’s opinion is not surprising, as the soft-spoken prospect from Northern Ireland isn’t someone you could see being a trash talker or grudge match participant. So that’s certainly not on the table, even if a UFC contract is, and the good feelings are mutual between the two future combatants.

“He’s a cool fellow and he’s one of the nicest fellows I’ve ever met in my life,” said Parke of Fletcher. “I was meant to fight Colin a few times in the UK here, and it never came off because of injuries and stuff like that. And then when I saw him in the airport before I was heading out to Australia for The Ultimate Fighter, I said it’s gonna be me and you in the finale. We clicked together, and more than anybody in the house, me and Colin were the closest.”

They were also the best at 155 pounds, as each fighter won two fights in the reality competition to make it to Friday’s final (Saturday in Australia). Will this friendship keep them from throwing hands?

“I know Colin’s game and he knows my game. He knows my strengths, I know his weaknesses and he knows mine. I guess it will be a little cagey at the start, but once the first punch is thrown, I think that will just go out the window, and after that we’ll just fight. At the end of the day, we’re gonna be fighting for our future as well, and I’ll buy him a drink after the fight, no problem.”

It will be a well deserved drink after a long road to get here.

“It was a tough experience,” said Parke of his time on TUF. “There were a lot of highs and lows and it was mentally tough and hard on us all, but all the guys were really good in the house, Ross was good, all the coaches were good and they kept us going. I got what I came for, and that was to get to the finale.”

Decision wins over Richie Vaculik and Brendan Loughnane sealed that deal for the Bushmills native, who many fans and fight game insiders believe would have been on his way to the UFC shortly even without the show. That possibility was something the 25-year-old wasn’t putting much time into though; he figured that if he kept winning, good things would eventually come.

“I never really had that in my head,” he said when asked if he thought the call from the UFC was imminent before making it on to TUF. “I was thinking if I got a good win streak, like maybe eight or nine fights, then they would contact me. But then I got the call about the tryouts and I said I might as well give this a go because if I don’t I might never get the chance again.”

Before the tryouts, Parke was closing in on his goal, having won six in a row and finishing all but one of those bouts. But being in Northern Ireland, which has only produced two UFC fighters in recent years (Colin Robinson and Stevie Lynch), it’s been a tougher climb than for most with 17-2 pro records.

“Yeah, especially where I’m at in Northern Ireland, it’s a lot tougher because it’s a small country and not really many people at all compared to the rest of the world,” he said. “In America, it’s massive, and then you’re got all of Europe as well and Australia, Japan, and all those other big countries. There are a lot of top fighters, and it’s really tough for some of the fighters. I think you’ve got to go to America and train with one of the American clubs to get more noticed.”

Or get on The Ultimate Fighter, and that’s just what Parke did, where he impressed with a style that isn’t exactly typical of those from the UK. In short, he’s thinking ground first, then standup, and not vice versa.

“I’m sure when people look at my record they’ll see that they’re mostly submission finishes, but that’s my game,” said Parke, who has 12 wins by tap out. “I like to be on top and ground and pound – those are my strengths as a fighter. I’d like to stand and strike as well, but I go to my natural instincts, and that’s to take the bout to the mat. That’s just the way it is. I’m sure being in the UFC I’ll have to mix things up a little bit more and you’ll see that once I’m in there.”

Training since he was a teenager, Parke is a black belt in his first art of judo, which he admits that he didn’t take to at first.

“To be honest, I never really liked it at the start and then I kinda got the hang of it, and it was a very tough sport to get the hang of,” he said. “But it definitely helps my game – it’s great for balance and I’ve got really good takedown defense, and I find that really helps you in a fight because you can dictate where the fight wants to go. If you want to take it to the mat, you can take it to the mat. If you want to keep it standing, you can keep it standing. But funny enough, even though I’m saying that, I’ve been boxing that same time as well but I just haven’t really shined as much inside the cage. I always beat myself up after every fight and say ‘oh man, I wish I would have let my hands go a lot better.’ I know what I can do when I’m in the gym, and I’m sure once I can get that connection from the gym to the actual fight with my hands, you’ll see a completely well-rounded fighter.”

He gets another crack at it this week, and after a decade-long journey to this point, he’s not just fighting for himself, but for his family, friends, training partners, and Northern Ireland. That’s a lot of pressure, but a lot to propel you to great things as well.

“I gave up everything,” he said of his MMA career. “I’ve got a lot of people – my girl, my mom and dad, my family – they all helped me and backed me one hundred percent and I feel like I’ve got to go in there and give it all because I can’t really let them down as well. Everybody wants to fight in the UFC, and I got this great opportunity, so I’m gonna go out there and grab it with both hands, and I’ll do whatever it takes to get there on fight night.”