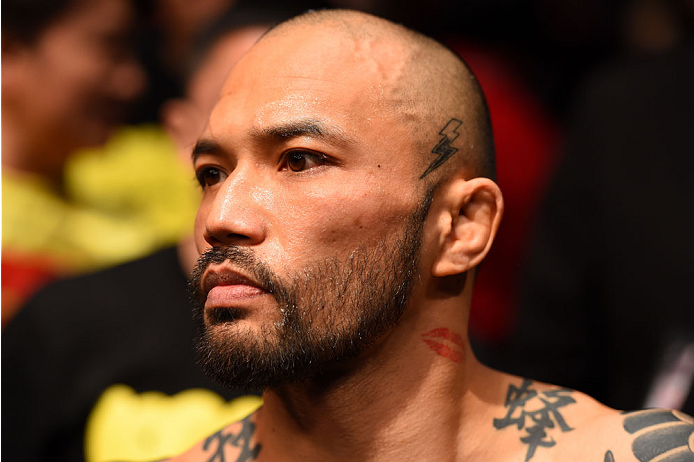 Fighting courageously until the end, one of Japan’s greatest and most exciting mixed martial artists, Norifumi “Kid” Yamamoto, passed away Tuesday after a battle with cancer.

A decorated wrestler, Yamamoto may have earned a Bachelor’s degree in Law, but there was always the feeling that fighting would be the path for the Kanagawa native.

“I’ve always been a fighter,” he said in 2011. “I thought about becoming a lawyer, but didn’t have to think too much.”

It was a video tape given to him by his sister that pushed him over the edge, though.

“My sister gave me a mixed martial arts video when I was 24, and when I saw fights of my weight class, I thought ‘I’m much stronger than these guys,’” he said. “At that moment, I decided to quit wrestling and my mixed martial arts career began.”

Despite the late start, Yamamoto was a quick study in MMA, racing out to a 3-0, 1 NC start before a 2002 loss to Stephen Palling. But wins and losses were never the factors that took Yamamoto from prospect to star in Japan. It was the feeling he gave fans when he was in the ring, and the fighting spirit he had which meant every punch, knee, or kick was designed to get his opponent out of there.

From his four-second flying knee finish of Kazuyuki Miyata in 2006 to the soccer kicks that ended Rani Yahya’s night in 2007, Yamamoto was rightly considered one of the lighter weight classes’ elite competitors. And when you add in victories over Royler Gracie, Caol Uno and Genki Sudo, from 2002 to 2007, there were few better than the leader of the Krazy Bee Fight Team.

Over the ensuing years, his name would regularly come up in discussions about fights with WEC standouts Urijah Faber and Miguel Angel Torres, and while he never competed in the blue cage, in 2011 he would arrive in the UFC’s bantamweight division.

Expectations were high, but a return to glory wasn’t in the cards, as he lost three bouts to Demetrious Johnson, Darren Uyenoyama and Vaughan Lee.

When asked what went wrong in the UFC, Yamamoto said in 2012, “a lack of training due to injury,” and those injuries relegated him to only four fights in his four-fight UFC run.

Yet that final run in his career, which left him with an 18-6, 2 NC record, did nothing to dim his popularity among his fans or peers, all of whom remembered him for the times when no one could touch him on fight night.

It was a career to be proud of and a life well lived, and a reminder that there will never be another “Kid” Yamamoto.

To watch some of Kid Yamamoto’s greatest bouts, click here.