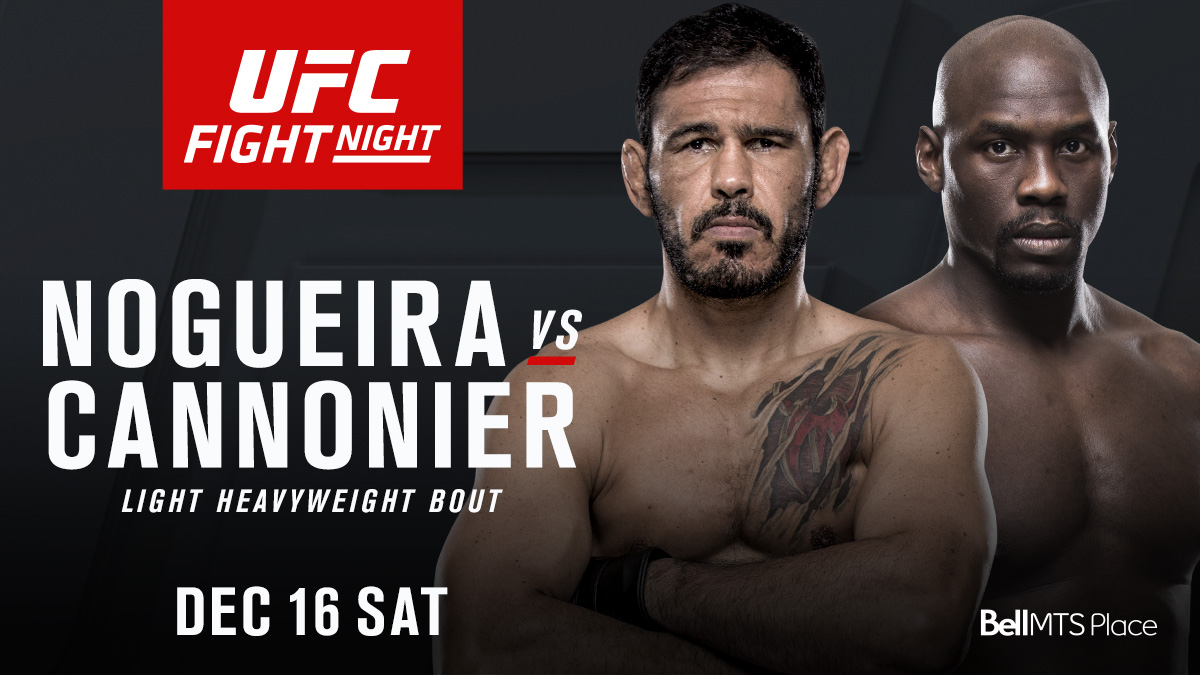 Also made official on Thursday was a middleweight matchup between Alessio Di Chirico and Oluwale Bamgbose.

One of Brazil's top fighting exports, the No. 11-ranked Nogueira first made his name in Japan's PRIDE organization before making his way to the Octagon in 2009. Since then, he has defeated the likes of Rashad Evans and Tito Ortiz, and in his first start of 2017, he can make waves at 205 pounds if he can defeat Alaska's Cannonier, a tough out for anyone who has won three of his last four bouts, including knockouts of Cyril Asker and Nick Roehrick.

Forced to withdraw from a July bout against Rafael Natal due to injury, Italy's Di Chirico is healthy and ready to get back into the Octagon this December against New York's Bamgbose, an exciting striker seeking his second UFC win in his Canadian debut.