Noad Lahat: Back for Another Kind of Fight 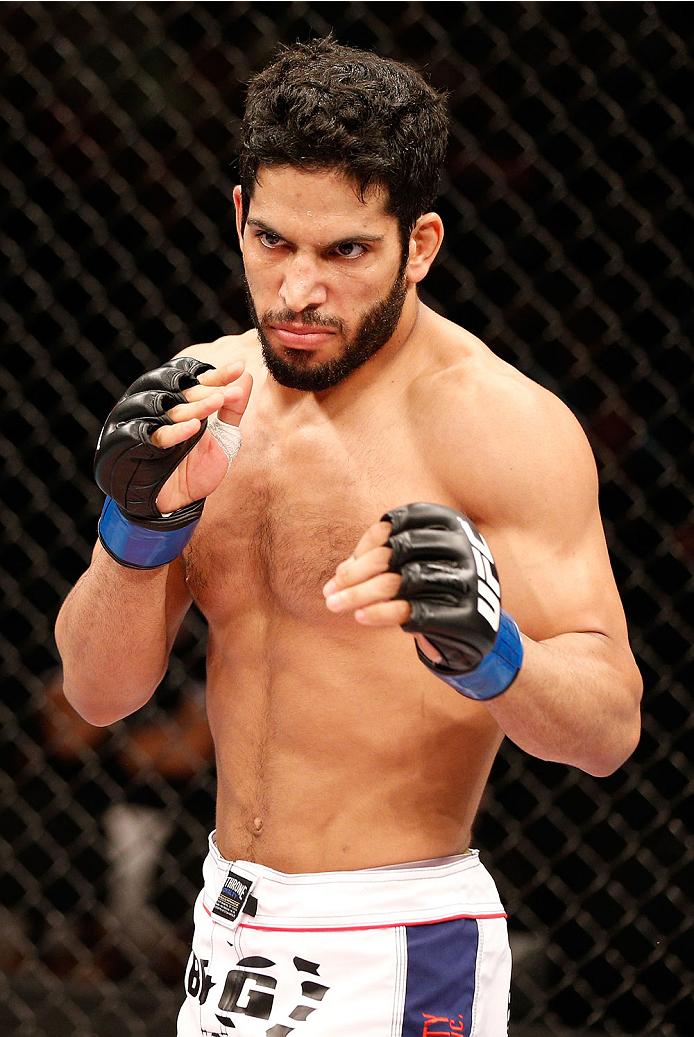 Noad Lahat won’t say it, but if you had to guess, it’s probably safe to say that the UFC featherweight suppresses a chuckle every time he’s asked about his worries regarding an upcoming fight.

“I don’t worry,” he laughs. “I’m just happy I can get back into fighting again and get back to all the training. That’s what I love to do.”

Coming back for Lahat has little to do with the surgery on his elbow or the usual break between fights, but more to do with his return to the Israeli Defense Forces immediately after his July 2014 win over Steven Siler. It was a stark reminder that for young men like the Alfei Menashe, Samaria native, there is a world outside of the fight game, and an often dangerous one at that. And as a member of the reserves, he will get those occasional calls to return to Israel. But he says none of that dampened the joy of his first UFC victory.

“I did fly right away and it was a little crazy, but I did enjoy it,” he said. “When I got home (to San Jose), after a few weeks it got quiet and it was nice. I enjoyed the time with my family. Over there, I had the privilege to visit a few of the injured soldiers in the hospitals and we gave them a few presents from all kinds of organizations that donate, so I was able to do something good with the victory. We were able to make the soldiers and the people there a little happier.”

To say Lahat’s life has been a whirlwind since his Octagon debut in March of 2014 would be understating things quite a bit. He suffered the first loss of his pro MMA career against Godofredo Pepey in that debut, he bounced back with the win over Siler, went to Israel for his military duty, had surgery on his elbow, but most importantly, he and his wife welcomed a son in May. Oh yeah, he’s got a fight coming up as well, and when asked if it took a little time to acclimate himself to the AKA gym after his return from Israel in September, he laughs.

“I’ve been training since I was four years old, so for me, it was a nice break from fighting after the fight. Then I had to get surgery on my elbow, but I was back fast.”

And after it all, the 31-year-old has emerged just not as a promising member of the 145-pound weight class, but a role model to the folks back home, something he never expected.

And with Lahat’s success, the sport is growing in Israel.

“It’s getting bigger,” he said. “I know there’s going to be a bunch of people coming to my fight in Germany. Before, nobody even cared about fighting. My first few fights were in Israel and there were maybe 300, 400 tops in the crowd. Now, we generate a lot of people when there’s a UFC or especially when I fight. A lot of people are watching it, and when I’m back home or even now, I get a lot of media interviews and stuff like that, so it’s definitely getting bigger.”

Personally though, no fight is bigger than the next one, and not just because every fight in the UFC matters. For someone of the Jewish faith, the idea of competing in Germany and showing how far things have come since the days of World War II is more important than the end result of the actual bout.

“For me, as a Jewish person and a Jewish fighter, I don’t even care about winning or losing; I just want to fight in Germany,” he said. “I took this opportunity with both hands. There’s nothing bigger than that and I don’t think words can describe it.”

He can describe what he believes is going to happen when the bell rings though.

“I look at every fight as a fight,” Lahat said. “To me, it’s not about the points. When I fight, it’s a battle. I’m getting in there to cause damage and finish the guy, either on the feet or the ground, wherever I can. So every fight is emotional when I get in.”