No Vacations for Court McGee

"I don’t train for any one, specific guy. I try and constantly improve;
it doesn’t matter if I’m in training camp or not, or fighting one
specific guy." - Court McGee 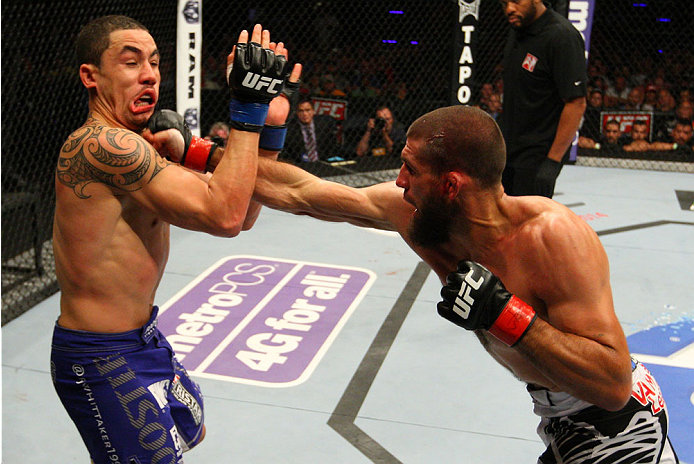 Court McGee is going to spend his 29th birthday cutting weight. He spent Thanksgiving limiting his caloric intake as well.

Such is life as a fighter.

“People are like, `Are you mad at that?’ and I say, `Naw, man – it’s part of the job,’” laughs the UFC welterweight, who steps into the Octagon this weekend to square off with late replacement Ryan LaFlare on the preliminary portion of Saturday’s UFC on FOX fight card from the Sleep Train Arena in Sacramento, California.

“I’ll put a little candle in my egg whites in the morning. We’ll do the birthday after.”

The eschewing of holidays and celebrations in pursuit of making weight is nothing new for fighters – if you’re committed to the sport and do it long enough, eventually there will come a time where you’re missing out on Christmas, the Fourth of July, or any other number of days that feature good food, good friends, and good times.

For the surging McGee, who has won consecutive decisions since relocating to the 170-pound weight class, it’s just another sacrifice and another decision on his journey to being the best fighter he can be.

“Everybody’s just getting better and better, so I’ve got to get better too, otherwise, I’ll get left in the dust,” the former Ultimate Fighter winner says of the competition, not just in the welterweight division, but in the sport in general. “If I’m not striving for excellence in every practice I do, then I’m falling behind. And you can’t fall behind in this sport – you’ve got to stay in front of the herd, and you’ve got to be willing to go to any lengths to get better.

“Whether you’re tired, sore, or kind of injured, you can’t take long breaks and vacations – well, I 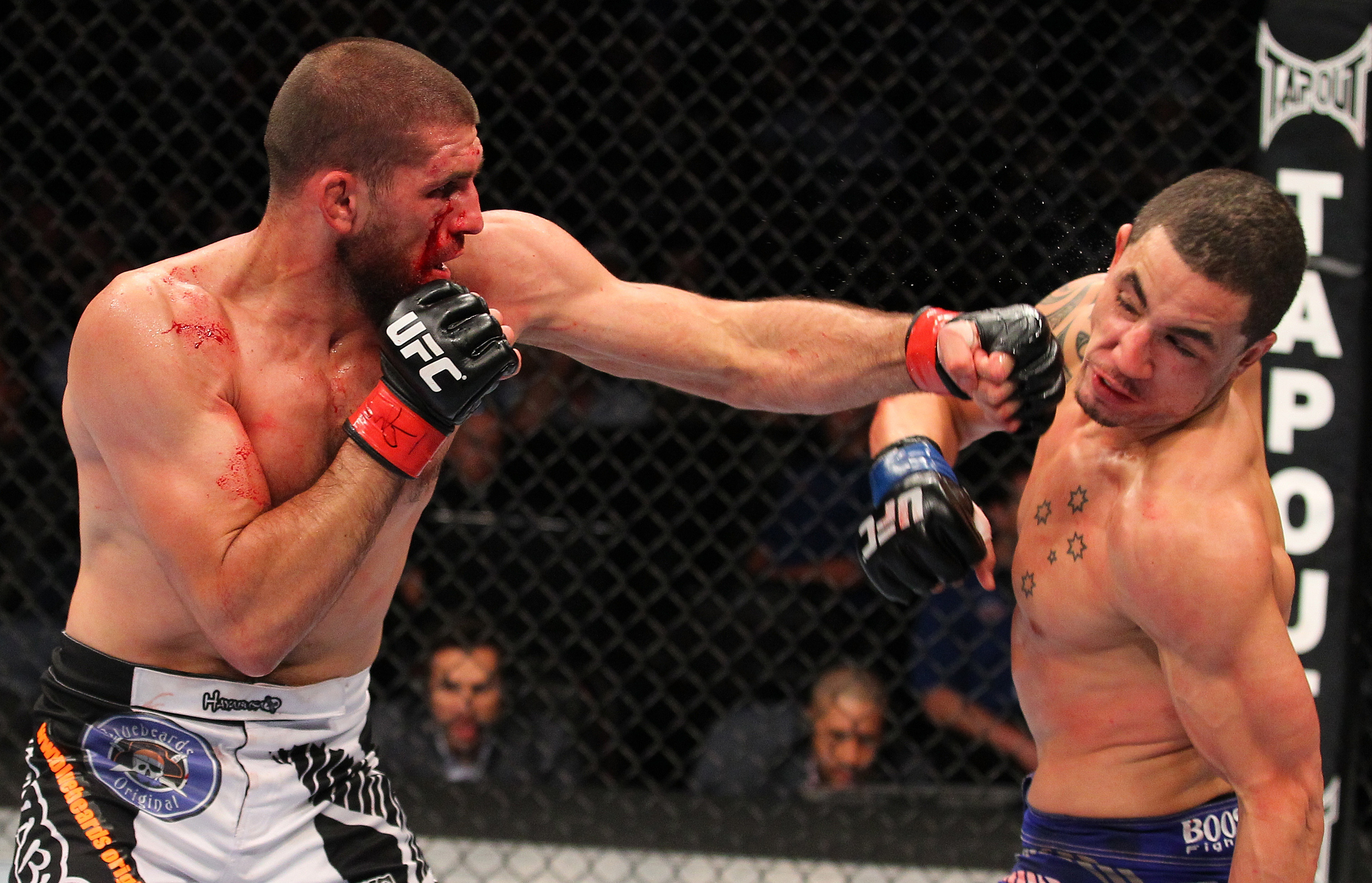 can’t take long breaks and vacations. I can’t take a lot of time off, and if there’s a long distance between fights because there are no matchups, I have to really take that time to improve. Otherwise, that next guy is going to be in there taking those shots, working with high level guys.

“I have to really try to focus and improve, and I feel like I’ve done that this year, and all of last year too.”

To casual observers, the improvements may not be clear, in part because McGee was never the biggest, strongest, fastest fighter to grace the Octagon.

The bearded and bespectacled fighter’s greatest attribute has always been his tenacity, a characteristic you don’t necessarily see in highlights like you can punching power or punishing takedowns. He simply keeps a ridiculous pace, applies pressure from start-to-finish, and grinds on the opposition until the fight is over.

Sharing the cage with McGee is death by a thousand cuts, even if you beat him, which neither of his welterweight opponents to date have been able to do.

But in dropping Robert Whittaker with a stiff jab last time out, the Utah native and Pit Elevated representative proved to himself that his efforts in the gym were working. Sitting down on his punches to register more power is something he has been focused on improving for a number of bouts now, and it appears to be paying off.

Which in part explains why the devoted family man opted to spend the final month training for this bout away from home – first with long-time friend Jake Shields before shuffling off to The Pit to complete his preparations. Being away from his wife and kids is challenging, but it’s another one of the sacrifices McGee knows he must make in order to keep climbing the divisional ladder and improving as a fighter.

“I originally was supposed to fight Kelvin Gastelum, and I knew he was a wrestler and he came forward a lot, and Ryan LaFlare is the same way – he’s kind of a pressure guy that comes forward and shoots – and I couldn’t think of a better partner than Jake Shields. He comes forward, shoots, takes guys down; he’s a pressure guy. 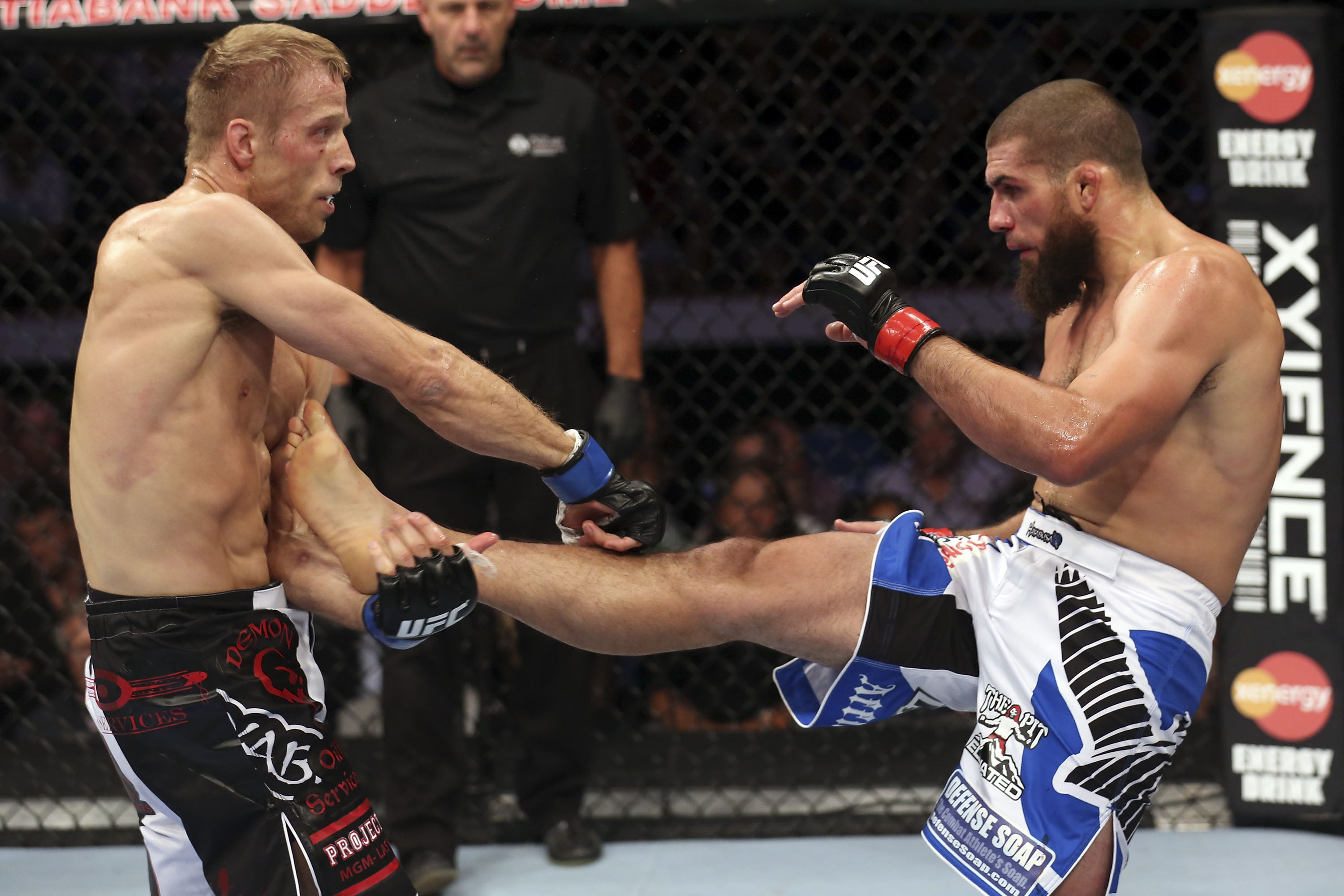 “I know Demian Maia was supposed to be the top pressure guy, and Jake was able to out-pressure him, so I couldn’t think of a better training partner to help with that,” continues McGee. “I have to be away from my family for about a month, but I know I’m doing it for the right reasons.

“You go to different camps and they do things a little different – you may show up and spar one day and just get owned. It helps you deflate the fear of the unknown, and that’s what you’re getting ready for – you’re fighting a guy that you’ve never fought before, so I like to change it up, get new partners here and there, and get myself prepared for anybody.”

Shifting from fellow TUF winner Gastelum, who was forced out of the contest a month earlier with a knee injury, to LaFlare makes no difference for McGee, who focuses instead on preparing himself and being ready to adapt to whatever situation the UFC presents him with.

“I don’t train for any one, specific guy. I try and constantly improve; it doesn’t matter if I’m in training camp or not, or fighting one specific guy.

“Being the UFC, people train at the highest level year-round to get ready for these fights, so you’re going to have lots of injuries – sometimes cards are just injury-riddled cards – so you never know if your opponent is going to be southpaw, a wrestler, a grappler. And in the UFC, everybody is really good, and they’re usually really good at everything.”

For McGee, everything is part of a greater plan and a greater purpose, one that exists beyond the walls of the cage and the sweat-covered mats of the gym.

Fighting in the UFC allows the recovering heroin addict an opportunity to be an example for others that struggle with addiction – to show them that there is a way out and that it is possible to turn your life around.

His well-documented battle with addiction also gives McGee a very different perspective on the ebbs and flows of fighting for a living, allowing him to always maintain a relatively even keel in good times and bad.

“The experiences we go through really give us an opportunity to be of service to others, so I don’t 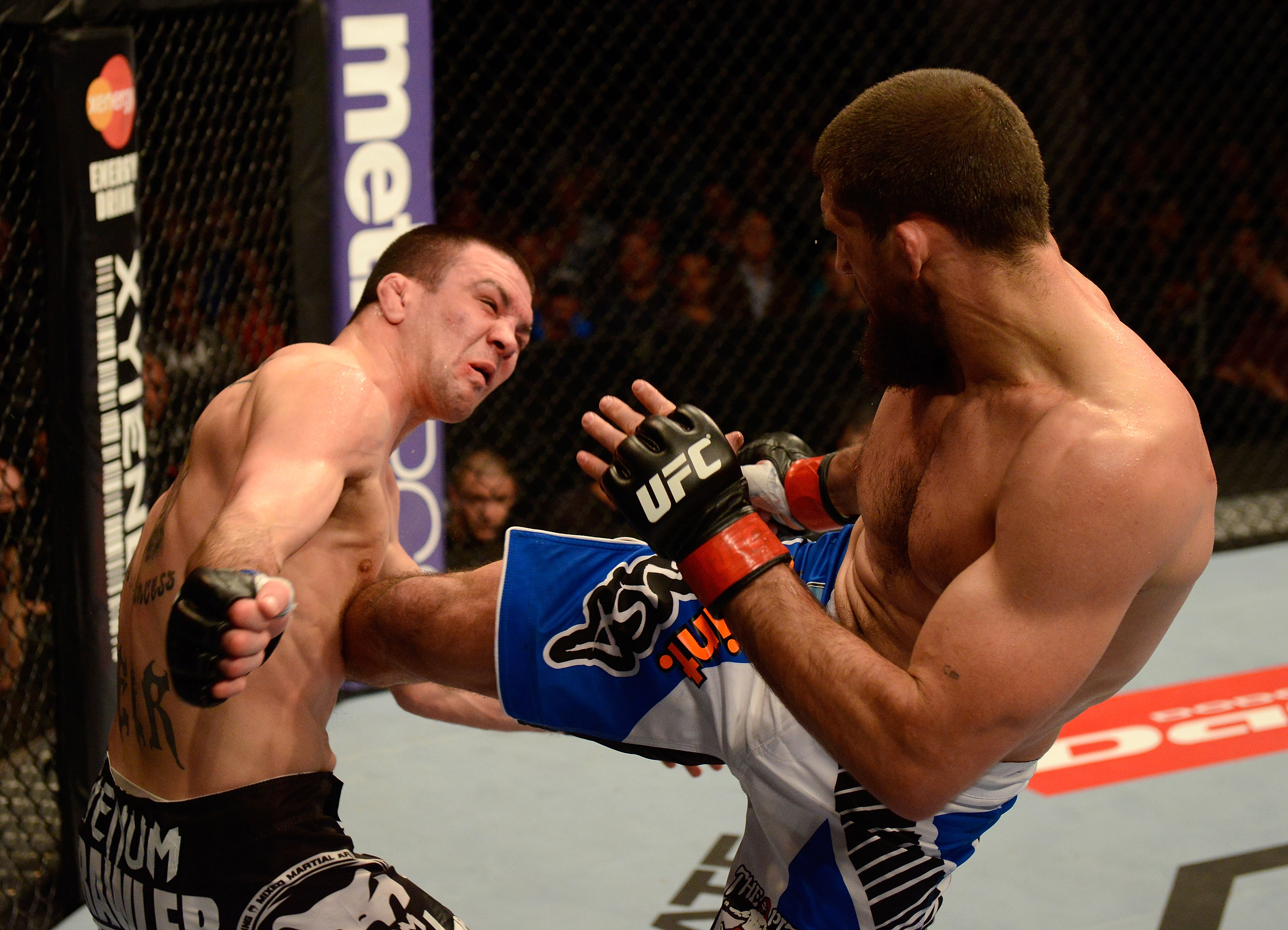 mind sharing part of my story, especially if it’s to help them or make sure they don’t get down.

“Life is a wild ride, man. I’ve had hard times; I’ve had good times. I’m learning to accept things – not get lost in having a bad day or a bad week, because things can always be worse, man.

“I’ve been given an opportunity – I woke up, I had a bed to sleep in last night; I wasn’t out in the rain. My family knows where I’m at, my wife and kids know where I’m at, I know where they are – they’re safe and I’m safe. I’m in a good spot and I’m training with great partners that are really helping me to improve and get better.”

And that’s what he intends to show Saturday night, even if those improvements aren’t so easy to spot.