No trash talk, no problem - Rumble is all business

Not every fight needs fireworks in its buildup in order to be spectacular. Anthony Johnson embraces the opposite approach.

Heading into UFC 202, the No. 1-ranked light heavyweight hasn’t had to utter a bad word about his opponent, No. 2 Glover Teixeira, and he doesn’t need to. The stakes are high enough with a potential title fight within reach.

But don’t be fooled – there might not be any visible animosity, and there’s the chance of a big reward at the end, but “Rumble” is focused on the task at hand in the co-main Saturday night.
Simply put, it’s all business.

Even though there’s little to no trash talk heading into this encounter, Johnson is relishing the challenge ahead. It might be all business, but he appreciates a good scrap when he sees it.

When you look at the numbers the two have put up in their careers, Johnson and Teixeira combine for 46 career wins against just nine losses, and a big part of that has to do with the power both bring to the Octagon. Johnson has the most sub-minute knockouts (four) and is third in knockouts in UFC history (10, behind Anderson Silva’s 11 and Vitor Belfort’s 12), while Teixeira has the most finishes in the division since 2012 (seven) and the third largest ground strike proportion in the division. 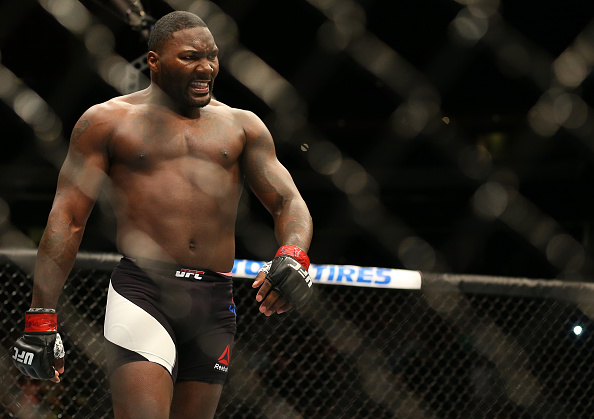 What does that all mean? These guys are going to come out swinging – just like “Rumble” likes it.

“When Glover called me out, it didn’t surprise me. When you’re at the top, you’re expecting to fight anybody in the Top 5,” Johnson said. “So when he said he wanted to dance, I was like ‘All right, cool, let’s do it.’ But I don’t dance, I fight.

“I’m not there to run, I’m there to fight. That’s what’s going to happen and I’m looking forward to it. Glover’s probably the most game opponent I’ve faced and I appreciate it. I have a lot of respect for anybody who gets into the Octagon.”

That respect won’t stop Johnson from throwing hammers at T-Mobile Arena this Saturday, though.

“It’s scheduled for 15 minutes, but we’ll see if it goes 15 minutes,” he said. "In my opinion, somebody’s gonna mess up, one way or the other, or somebody is going to get uncomfortable and it’s not going to last 15 minutes.”