No Substitute for Experience, as Henderson Subs Thatch 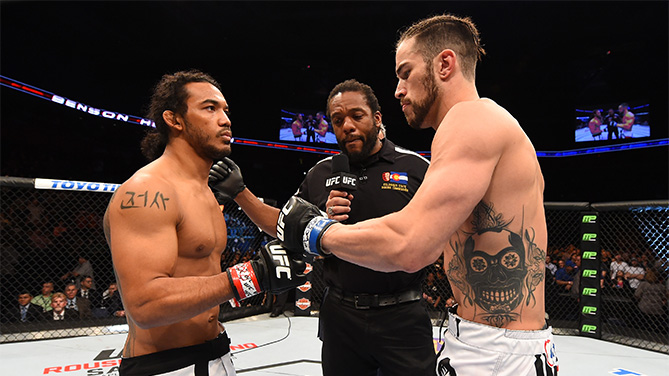 Entering a fight as an underdog for the first time in a long time, former UFC lightweight champion Benson Henderson made a successful debut at 170 pounds Saturday night at 1st Bank Center in Broomfield, Colorado, and he did it on short notice no less, submitting Denver’s Brandon Thatch in the fourth round of their UFC Fight Night main event.

“Sometimes you gotta go out there, you’ve got to give your all and you’ve got to test yourself,” Henderson said. “I didn’t know I could win this fight. A lot of times you’ve got to do something you don’t know.”

The win snapped a two-fight losing streak for Henderson, who was coming off a January 18 bout against Donald 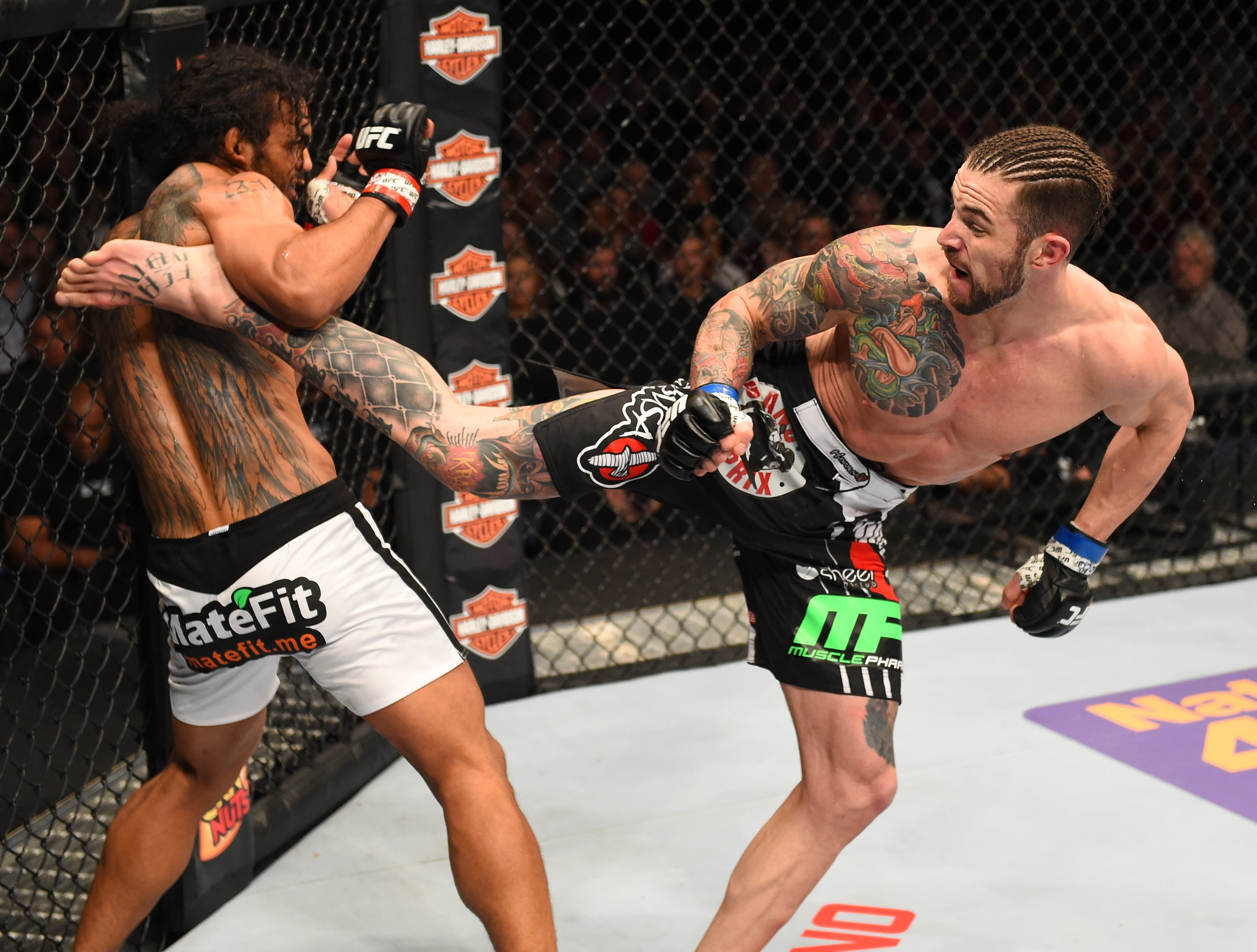 Cerrone. But when asked to step up to replace the injured Stephen Thompson against Thatch, the former champ answered the call with no hesitation.

Forced to go on the defensive at the start of the bout as Thatch pursued aggressively, Henderson got his offense in gear fairly quickly, as he ripped off uppercuts to the body and kicks downstairs and up. Thatch was fairly patient in his response, with Henderson’s movement keeping him from getting set to land his barrage of punches and kicks. What was evident though, was that the two would have a hard time keeping this pace up for five rounds.

Thatch began finding his range with his kicks a little more in the early going of round two, with Henderson still trying to work the body when the Denver native got too close. With under two minutes left, Henderson tried to lock up with his opponent, but the bigger Thatch simply threw the Arizonan down to the mat, and he repeated the feat a few moments later, putting an exclamation mark on a big round.

With Thatch pouring it on more and more, Henderson pursued the takedown more emphatically in round three and he got it, immediately taking Thatch’s back once they hit the mat. Henderson peppered Thatch with strikes, looking to open him up for a submission, and while “Smooth” didn’t get it, he did get the round while leaving the tiring Thatch with knots under both eyes. 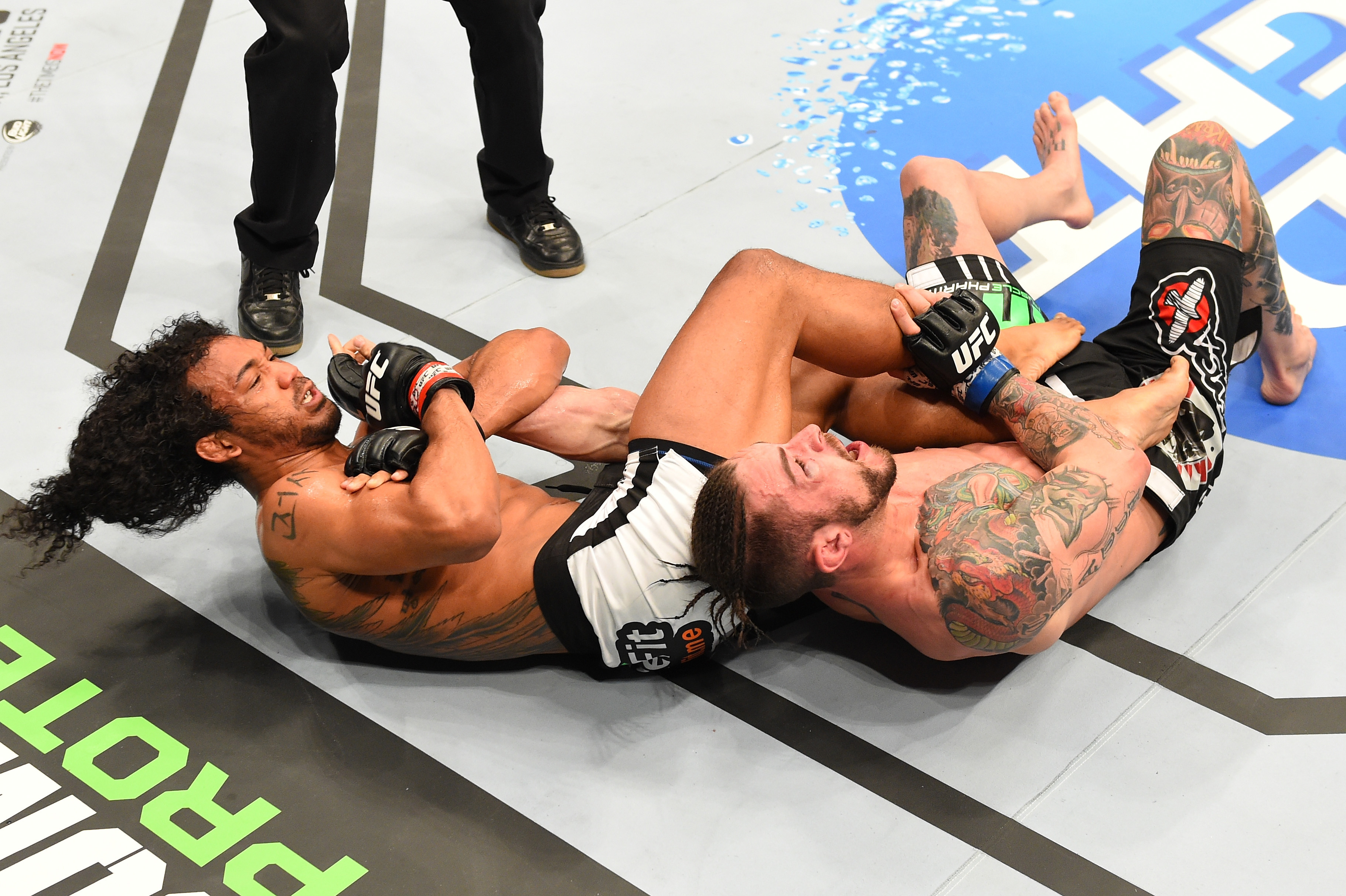 Fresher and in the familiar confines of the championship rounds, Henderson tried to get the bout to the mat in the second minute of round four, but his single-leg attempt came up short. Midway through the round, Henderson halted the momentum Thatch was building with a slick takedown, and he took his opponent’s back again. Thatch got loose in a scramble, but Henderson dragged him right back down, sinking in the rear naked choke that forced Thatch to tap out at 3:58 of the fourth frame.

“The guy’s got the heart of a champion,” a gracious Thatch said. “I think I threw power more than I should have; I should have stuck with speed, but that’s trial and error. I need more experience.”