With no streak on the line, Bader having fun again

For some, this would have been as low as it gets. For Ryan Bader, getting knocked out by Anthony “Rumble” Johnson in January may have saved his career.

That doesn’t mean the loss – which snapped a five-fight winning streak – didn’t sting, but when it was over and he had time to assess the situation, he realized that to reach his full potential, he had to change his attitude.

“January, that last fight sucked, it was horrible, but it’s one of those things where I never beat myself up over it,” Bader said. “I’m a competitor, and it hurts when you spend so much time and you know you’re way better than that. Sometimes you go in there and you lay an egg, and it’s a dud, and that’s what happened out there. But from that, I’m just moving on. If I take anything from that whole situation, it’s to make fighting fun again and not get so caught up in the pressure, because that’s when things go awry.”

Winner of season eight of The Ultimate Fighter, Bader has been very good for a very long time in the Octagon, emerging victorious in 13 of 18 UFC bouts, with his losses only coming to the elite of the game. That made him a rising star and then a contender at 205 pounds, but he wanted more. He wanted to get into the title picture, get his shot, and then wrap a gold championship belt around his waist. It almost became an obsession, and along the way, he began fighting to win by any means necessary. That resulted in some less than scintillating outings, but from 2013 until the Johnson fight, he didn’t lose. All he needed was one more win over “Rumble,” and that could have been his ticket. It didn’t happen.

“I got so caught up in keeping that winning streak alive,” he admits. “I was getting close to a title shot, and you think to get the title shot you have to win, but that’s not necessarily true. So going forward, it’s have fun, go out there, let loose, take risks and get back to when it was fun and you just went out there fight by fight.”
RELATED: Ryan Bader fighter bio | Matchup w/ Latifi

Bader, 33, is still young enough to remember those days, when he matched top-notch wrestling with one-punch stopping power and was enjoying the ride, even though MMA consumed all his time.

“When I was first getting into it, and the UFC had me traveling all over as a guest fighter, I got to go to some cool places, but you were gone four days out of that week, and I was going to a ton of them,” he recalls. “I was doing that, I was training for fights, and I had nothing else going on. I didn’t have a family, I didn’t have any hobbies other than hanging out with other MMA guys.”

Today, Bader is a married father of three, he’s involved in several business ventures, and so fighting isn’t a 24/7 endeavor. It’s a part of his life, not his whole life.

“It’s a lot different, and I enjoy it. I’m just more well-rounded as a person.” 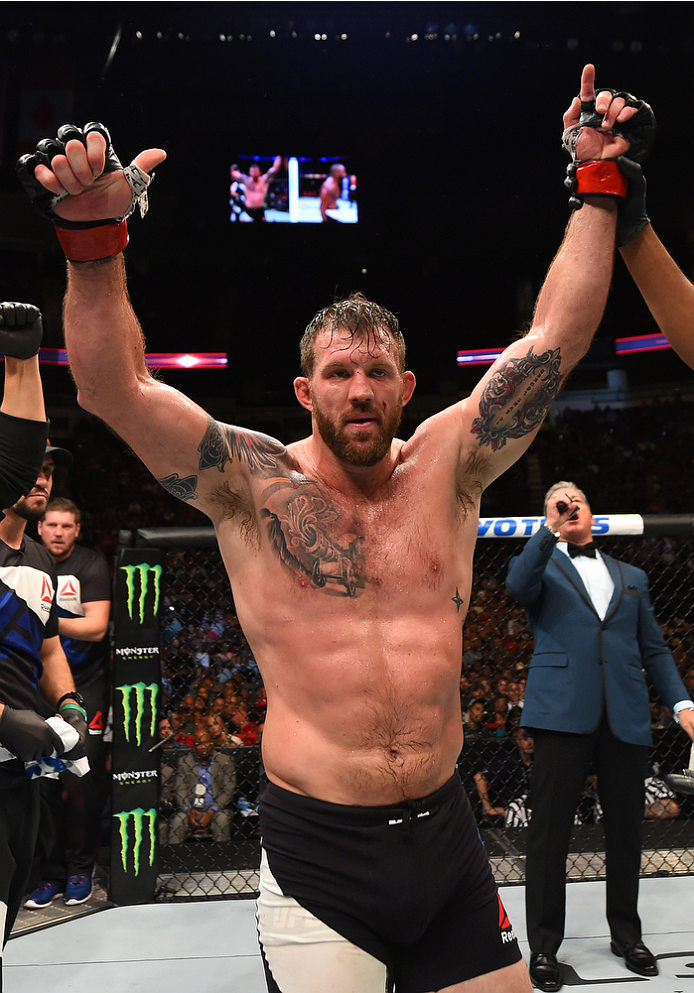 Fighting still pays the bills though, and this Saturday, he will be in tough once more against Sweden’s Ilir Latifi. But if the Arizonan is rattled about the idea of trading blows with “The Sledgehammer,” he’s not showing it, and that new attitude is a good reason why. Plus, he was an interested observer when Michael Bisping upset Luke Rockhold for the middleweight title in June, proving that even though a fighter might have some key setbacks, if he performs when he gets that big call, he can turn it all around.

“You’re really one fight away at any time,” Bader said. “So you never know. It depends on the guy you’re fighting and what happens here and there, especially in the top five. You can be thrust into that title fight at any moment.”

Bader wants that shot. That hasn’t changed. But what has changed is that it doesn’t rule his life anymore.

“The title isn’t everything to me, and I’m starting to think that way, and I think that’s the way I need to be because when I was on the five-fight win streak, I was just consumed by keeping that alive because that was my path,” he said. “Then you get into that weird mindset of just winning and maybe not taking as many risks and doing things that would ultimately get you a title shot if you’re out there knocking people out. So the title is in the back of my mind, but it’s more about going out there, getting it done, and enjoying the process.”