No Signs Of Slowing For Veteran Francisco Trinaldo

"I have a young soul and I want to keep training and fighting as long as my body is okay with it.”
By E. Spencer Kyte, on Twitter @SpencerKyte • Nov. 13, 2019

Francisco Trinaldo’s advice to those asking about his longevity in the sport as he readies to make his 20th trip into the Octagon this weekend opposite Bobby Green in Sao Paulo, Brazil seems like pretty sound advice for everyone, pugilist or otherwise.

“Eat well and rest and everything will work out fine,” the Brazilian lightweight said while discussing his position as one of the elder statesmen on the UFC roster.

Given the results, it’s hard to argue with the approach.

After making his promotional debut with a victory over Delson Heleno in a middleweight bout at UFC 147 following his time on The Ultimate Fighter Brazil, Trinaldo has spent the last seven years amassing a 12-6 record in the deepest, most competitive division in the sport. 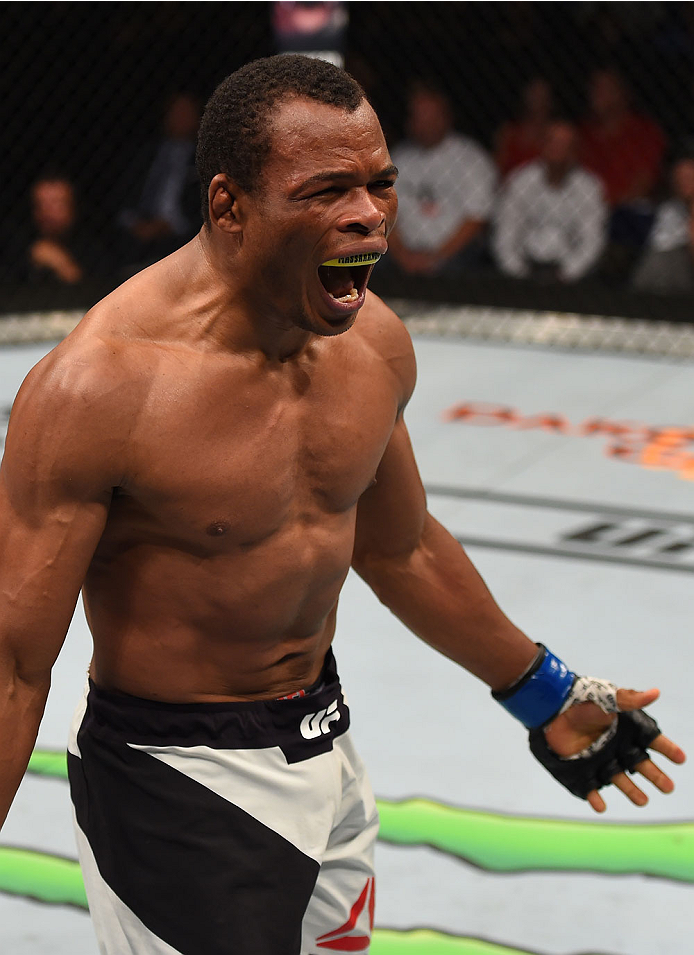 SASKATOON, SK - AUGUST 23: Francisco Trinaldo of Brazil celebrates after his TKO victory over Chad Laprise in their lightweight bout during the UFC event at the SaskTel Centre on August 23, 2015 in Saskatoon, Saskatchewan, Canada. (Photo by Jeff Bottari/Zuffa LLC/Zuffa LLC via Getty Images)

His two-year, seven-fight winning streak between September 2014 and September 2016 included victories over Chad Laprise, Ross Pearson, Yancy Medeiros and Paul Felder and carried him into the Top 15. Although he’s slipped from the rankings in recent years, the talented veteran has remained a tough out on the fringes of the championship chase, alternating wins and losses while sharing the cage with veteran stalwarts and emerging hopefuls alike.

Last time out, the 41-year-old dropped a debated unanimous decision to Alexander Hernandez in San Antonio, Texas, getting the nod on the majority of media scorecards submitted to the website MMADecisions.com, but falling short on the only three tally sheets that truly mattered.

“I want to fight until my body can’t handle it,” Trinaldo said of competing at an age when most of his contemporaries have hung up their gloves and moved on to other ventures. “I think of myself as a 29-year-old, 30-year-old guy, training with these younger guys, so I have a young soul and I want to keep training and fighting as long as my body is okay with it.”

While the focus with long-tenured fighters like Trinaldo is often, understandably, on when they will transition to the next stage of life, the only way to arrive at a point where you have an “eat well, get proper rest and everything will be fine” approach on life is through experience, and the lessons learned along the way are a major part of what contributes to his ability to continue competing at a high level. 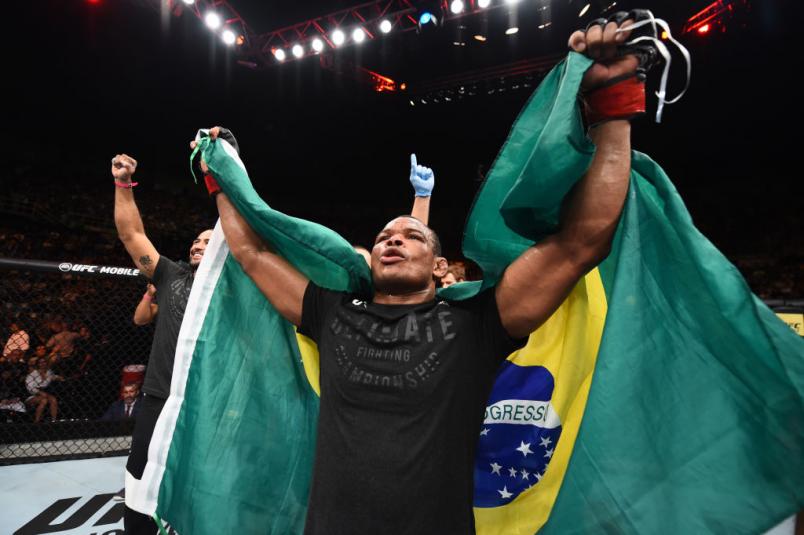 Just like the old guy at the YMCA who doesn’t look like he’ll be able to hang with the kids in a full court run, only to bust out a few up-and-unders and get in perfect position for every rebound, Trinaldo has garnered the kind of crucial insights and perspective that can only be gleaned from competing alongside the best in the world for the better part of the last decade.

“When I was younger, I thought I needed to work everything out in the first minute of the first round,” admitted Trinaldo, who has earned three previous UFC victories inside the Ginásio do Ibirapuera where he’ll face Green on Saturday. “Now that I’m more confident, more experienced, I know I have three rounds to do what I came to do.

“Each time I enter the Octagon, I’m more confident in my skills, and when I’m well-trained, no one can beat me.”

This weekend’s pairing with Green is a prototypical example of the kind of tough fights Trinaldo has consistently logged throughout his UFC career and there are a lot of similarities between the two.

A 34-fight veteran who fought a tough slate on the California regional circuit before landing in Strikeforce and eventually matriculating to the UFC, the 33-year-old Green is, like Trinaldo, one of those savvy, dangerous veterans no one is ever in a rush to face. He’s solid in every facet and comfortable wherever the fight goes, plus he’s tough to put away, which means you know you’re in for a long, hard night of work when you step into the cage. 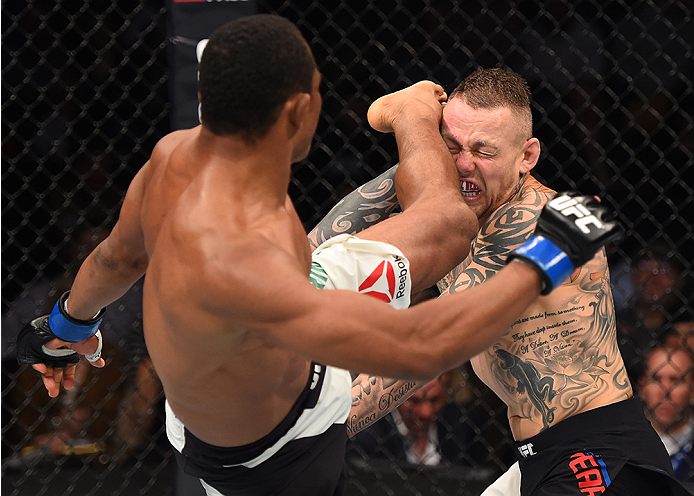 Green, like Trinaldo, is a seasoned, professional fighter, and though there are no major stakes tied to their preliminary card pairing on Saturday in Sao Paulo, it remains one of the must-see matchups of the weekend and the kind of bout that keeps things constantly moving in the talent-rich lightweight ranks.

“I studied him a great deal, as I’m sure he studied me too,” Trinaldo said of Green. “I think we’re going to have a great fight, but I know I’ll end up as the winner. My intention is to knock him out.”

Whether that comes to pass or not, the result will not change Trinaldo’s approach or his outlook as the 41-year-old heads into 2020 and his ninth year on the UFC roster.

“I feel like a hero for the younger generation,” said Trinaldo, who, like many of his fellow fighters, has opened his own academy in order to give back to the community and inspire the next generation. “I have a social project, so I’m always there, training, helping with the kids. They see me as a hero, so I feel like a hero.”