No Shortage of Ambition for The Crusher

"My goal is to become UFC featherweight champion. I consider this as my last challenge in my pro MMA career." - Tatsuya Kawajiri 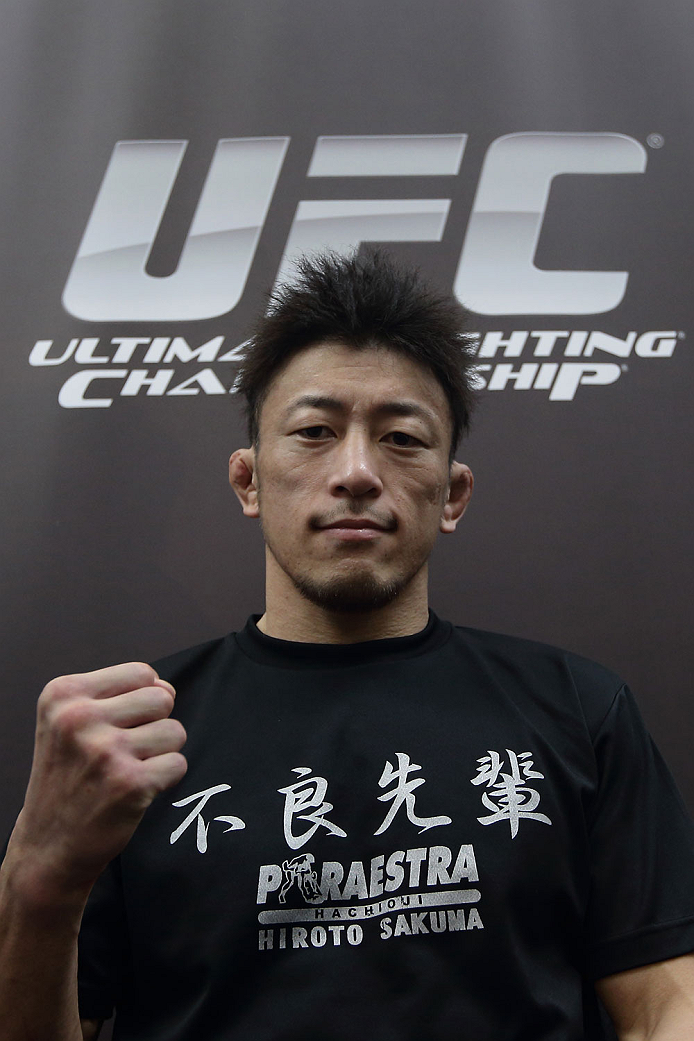 A rite of passage for any fighter entering the UFC after an illustrious career outside the Octagon is finding out that to casual fans, there is the UFC and nothing else. Of course the hardcore followers of the sport know who you are, but to many, your first UFC fight is your first MMA fight.

In some ways, that’s okay, simply because a clean slate is a good thing. But in others, your reputation as a world-class competitor hinges on that UFC debut and not just picking up a win, but impressive one.

Japan’s Tatsuya Kawajiri passed his tests in January, submitting Sean Soriano in the second round. “The Crusher” had arrived.

“Sean was a very good fighter but I am happy that I was able to show to the world that I belong in the top league of MMA, which is the UFC,” said Kawajiri through manager / translator Shu Hirata.

The 35-year-old Kawajiri has always been top-notch, whether competing in PRIDE, Dream, or Shooto in his home country of Japan. But while he made his name as a lightweight standout, it’s been at 145 pounds that he’s had his recent resurgence, winning five straight at featherweight. Yet as he points out, it was a loss to Eddie Alvarez in 2008 that altered the way he approached the fight game.

“Since I came down to the featherweight division, I haven't lost a single fight yet and I think that is because I’m concentrating more on just winning instead of winning in a spectacular manner,” he said. “Until the loss I took against Eddie Alvarez, I always believed that no one could knock me out. So after that loss I thought a lot about what would be my best way to fight.”

And while he says he’s not concentrating on winning in a spectacular manner, he’s finished four of his five fights at 145 pounds, which is pretty spectacular. And with an 11-2 record since the Alvarez fight, his new philosophy seems to be working.

The Soriano win may have been the most important of the bunch though, and he describes the reaction of his fans back home in Japan as “very big.” How big? Well, let’s just say that the topic of becoming Japan’s first ever UFC champion is one being discussed again. And that’s fine with Kawajiri.

“My goal is to become UFC featherweight champion,” he said. “I consider this as my last challenge in my pro MMA career.”

It’s not just a personal goal either, but one in which he hopes to return MMA to prominence in the Land of the Rising Sun.

“I want the Japanese public to recognize UFC more,” said Kawajiri, who was a participant during the Golden Age of the sport in Japan. But before such wheels get put into motion, he will have to get by Clay Guida this Friday in a highly-anticipated co-main event in Abu Dhabi.

“I think this is a great match-up,” he said. “Clay Guida is a top ten fighter, and also very famous in Japan too. So I am honored to be able to fight him and I believe by beating him, fans outside Japan would recognize me. And also by beating a top fighter like Clay Guida, it gives me a sense of confirmation and confidence that I am still improving and getting stronger.”

What makes this clash so intriguing isn’t just the name value of the two fighters involved, but the idea that when it comes to grueling wars in the Octagon, both have the mindset to get the job done under the most stressful circumstances.

“He’s a very aggressive fighter,” said Kawajiri of Guida. “And I am sure he will be looking for the knockout or submission so, this is going to be an intense war. But I am looking to move more than he does and actually shut him down completely. I am going to shut him down and finish him with my favorite move called the ‘Kawa-chan Hold.’”

And after bouts in Singapore and Abu Dhabi, Kawajiri has his sights set on the United States.

“Well, I fought in Singapore and now in Abu Dhabi so I don't know if I am getting closer to the US or not,” he laughs. “But I am looking to win this Friday so the UFC brass will want me to come to fight in the US shows. That is what I am looking to achieve this weekend.”