No Pressure, Only Progress for Pascal Krauss

"I’m prepared to do whatever I have to in order to get the finish. It is going to be a good fight. Don’t blink." - Pascal Krauss 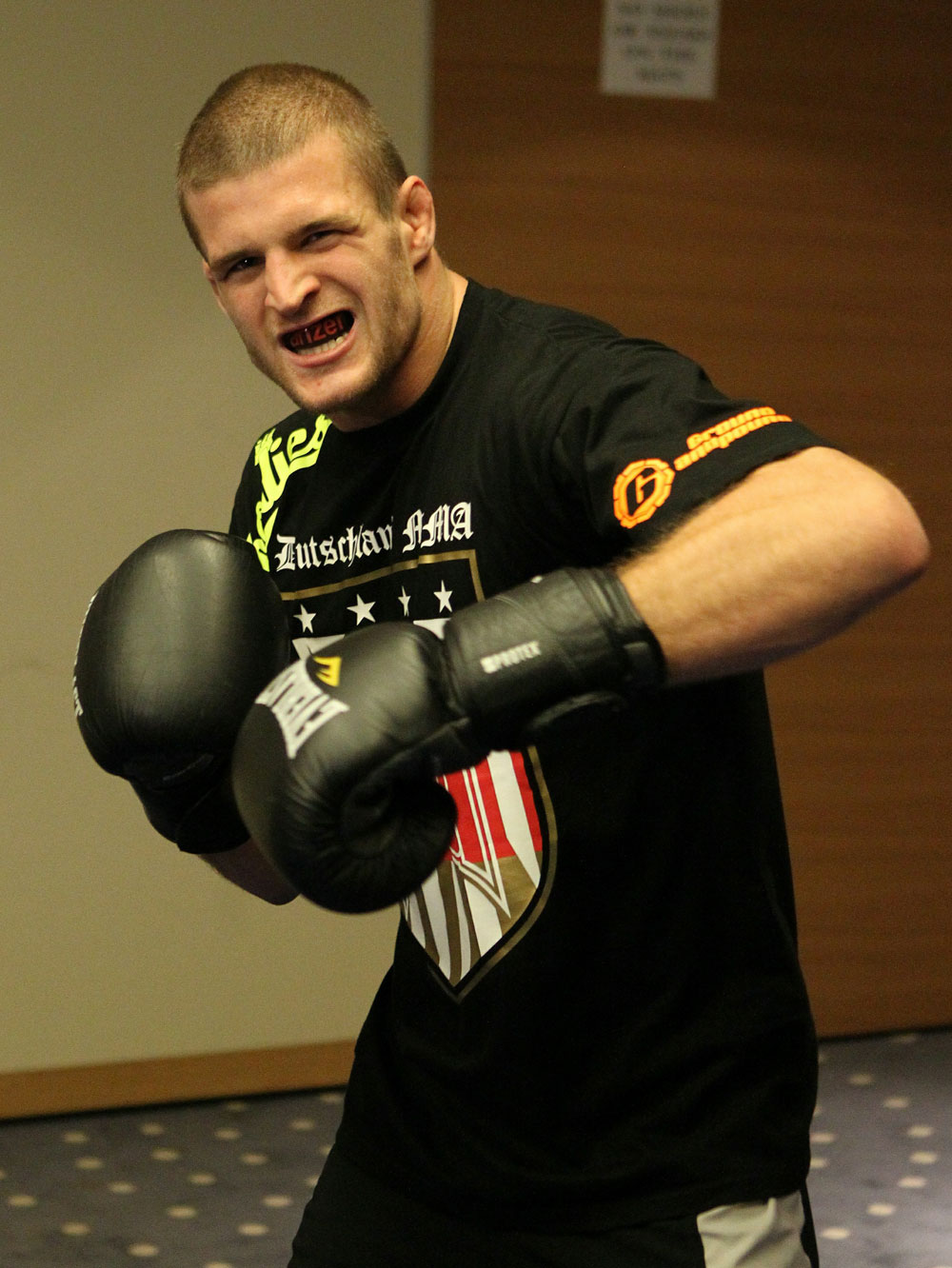 Competing on the biggest stage in mixed martial arts comes with a certain amount of pressure. When you attach the expectations which come with being a highly touted prospect, the experience of fighting in the UFC can be somewhat overwhelming. German-born Pascal Krauss came into the Octagon as one of Europe’s highest regarded young fighters, but after suffering a setback in his second outing against John Hathaway at UFC on FOX 3, the buzz surrounding the 25-year-old cooled off for the time being.

The loss proved to be motivational on several levels. Not only did the defeat serve to alleviate the mounting pressure to continue his undefeated streak, but it gave Krauss the feeling that it is now on him to capture the acclaim and attention of the UFC fan base. He has every intention of jump starting that process when he squares off with Mike Stumpf at UFC on FOX 6 in Chicago this weekend.

“There is definitely added motivation to get back into the win column,” Krauss said. “The last fight didn’t go my way. I came off a long layoff and I was definitely rusty in the ring. It felt weird being in the Octagon. [Hathaway] is a good guy and he was the better man that night. It pissed me off pretty bad. After the fight, I came back to the gym and trained even harder. I am going to show what I’m able to do this time.

“There was a lot of pressure. But now, getting rid of the undefeated thing takes some of that pressure off. I think I’m flying a little under the radar right now. A lot of people were talking if I beat John Hathaway I was going to be on the big show pretty soon. But since I lost, I’m flying a little under the radar and I’m not feeling that much pressure right now. I kind of like it. I can come back with a big win and people will recognize again that I’m a force to reckon with.”

The process of preparing for a bout puts a fighter’s body on a full-time grind. Training camps are a grueling part of the sport, but a necessary aspect to ensure every competitor shows up at his best. For Krauss, training with the team at Duke Roufus’s gym in Milwaukee has been a crucial part of his personal development as a mixed martial artist.

This camp in particular has presented a unique environment as several of Krauss’s teammates are also preparing for high profile matchups of their own. Alongside former WEC lightweight champion Anthony Pettis and UFC featherweight contender Erik Koch, Krauss is looking forward to doing his part and making sure the Roufussport Team has a great showing on January 26th at the United Center in Chicago.

“Everything is going really good,” Krauss said. “We had a great training camp out here. There are a few other guys in our gym who have fights coming up. Anthony, Erik, and Ben Askren all have fights they are training for as well. Then we had a bunch of other guys who are all training for smaller shows and there has been good spirit at the gym. Everybody is showing up, pushing the pace, and motivated. That is what you need to compete at the highest level and we have that here in our gym.”

The bout with Stumpf will mark the third appearance for Krauss inside the Octagon and only his 12th fight overall. In the four years he has been competing as a professional mixed martial artist, many things have been learned on the fly.

That being said, fighting in the UFC is a platform like no other in the sport, and the environment took some getting used to. Now that he feels acclimated, Krauss is looking to make good on what many figured to be a promising career in the UFC.

“In the beginning everything is new and so exciting,” Krauss said. “It is good and excitement is good, but on the other hand, it can be a little bit overwhelming too. Now I’m getting used to it and I’m not that nervous anymore. You get to a point where you’ve done it all before. You know how to cut weight. You know how it is to be back in the locker room for the UFC fights. You know how to handle walking out and the fans are screaming. You definitely get comfortable once you have done it a couple of times. It is still pretty exciting though.

“[Stumpf] has been off for a while as well. He looks like a pretty physical and strong guy. He’s a hometown hero and I might have the crowd against me. I’m going to show who is the better man that night and I’m pretty sure it is going to be me.

“It should always be exciting to see me fight because I come in there to finish,” Krauss added. “I like every part of the game. If it is standing up, wrestling, or the ground; I’m prepared to do whatever I have to in order to get the finish. It is going to be a good fight. Don’t blink.”