No More Shadows For Vince Morales

Bantamweight Gets His Mind Right After Injuries And Layoffs, Eager To Return
By Thomas Gerbasi, on Twitter: @TGerbasi • Aug. 3, 2021

In a sport where optimism is usually reserved for the young and unbeaten, 30-year-old Vince Morales is still a glass half-full kind of guy, willing to poke fun at himself and stay positive, even if it’s only to keep himself on an even keel heading into a pivotal meeting with Drako Rodriguez on this Saturday’s UFC 265 card in Houston.

“It helps tremendously,” said Morales. “I could only imagine how big of a hole I could dig myself without the laughing at myself that can pull me out of that same hole. And that positive outlook, I think I get some of that from my girlfriend, Shino VanHoose. She doesn't let me really settle in the negative. I don't know if I could be where I'm at right now without that attitude, so I'm grateful.”

If the name VanHoose sounds familiar, it’s because she’s a ten-year MMA pro who has fought for the Invicta FC, Pancrase and Road FC promotions, among others. So if anyone knows the ups and downs of the business and how it can affect a competitor, especially on fight week, it’s her.

“It's awesome is the easiest way to say it,” said Morales of the relationship with his lady and how it positively affects his career. “There's a lot to that. We're both very aware of how rough the weight cut weeks can get, so we know what we're externalizing, and we know the stuff that the other person could be externalizing, so we have a good balance for that, and we try not to be too hard on each other because we both get it. So anytime we can be there and carry some of that load, that's what we do. That's a day in, day out process for us.”

In other words, when training camp is coming to an end and the weight cut begins, Morales doesn’t have to discuss date night or a visit to a local restaurant for a big meal. 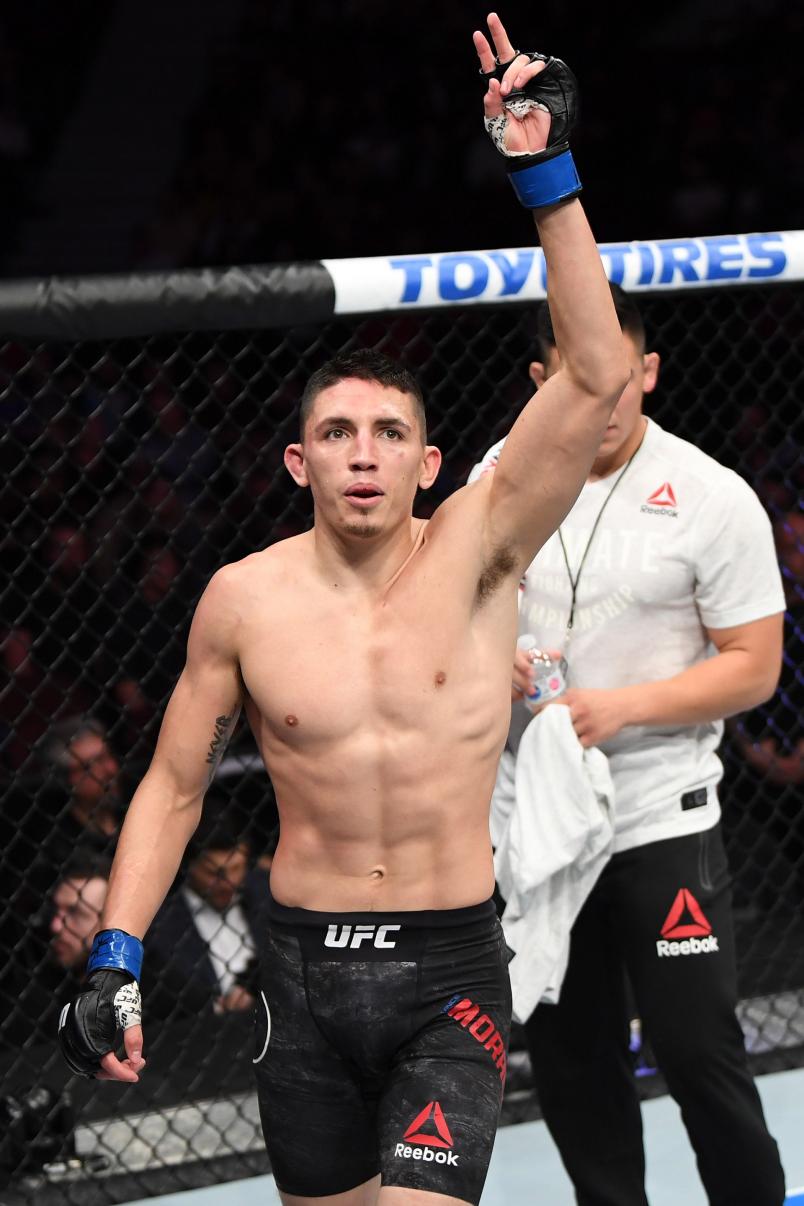 Vince Morales reacts after the conclusion of his bantamweight bout against Aiemann Zahabi of Canada during the UFC Fight Night event at Canadian Tire Centre on May 4, 2019 in Ottawa, Ontario, Canada. (Photo by Jeff Bottari/Zuffa LLC)

“The average person doesn't understand that, and we have an awesome understanding,” he said. “Either one of us can have a hard day, come home, talk through it, strategize, and we figure things out together, which is awesome, because it helps make up for the ground that I may have missed starting late or the ground that we were missing on the sidelines. We're still helping each other grow, one way or the other. I can't speak for everyone else, but I hope it's half as good as what we have because I don't think I could be here without it.”

With all this warm and toasty relationship talk, it’s easy to forget that “Vandetta” has a fight this weekend. Luckily, he hasn’t, and after a punishing leg kick-induced loss to Chris Gutierrez in May 2020 that was followed by an injury-filled layoff, he wants nothing more than to return to the Octagon and get back to business. And sitting on a loss for the last year-plus only made the wait feel longer.

“It's definitely been a test on my mental health,” Morales said. “I don't think I've ever been so frustrated. It's one of the hardest things I think I've ever had to go through, really.”

Those feelings are understandable, and not just because no fighting means no paychecks. Morales really loves the fight game, and as he looked around and saw 1-3 next to his name as his UFC record, he knew that didn’t represent who he was.

“It was a hard pill to swallow when I look at that,” Morales said. “That's not reflective in my mind of not only my skill level, but the fighter I am. I had to come to come to grips with that and really commit. So if this one doesn't work out the way I'm trying to make it work out, it's unacceptable for me and my career. I put myself in this position, and I'm trying to make a statement. I'm trying to fight again this year and make another statement. This is where that stops, with this fight.” 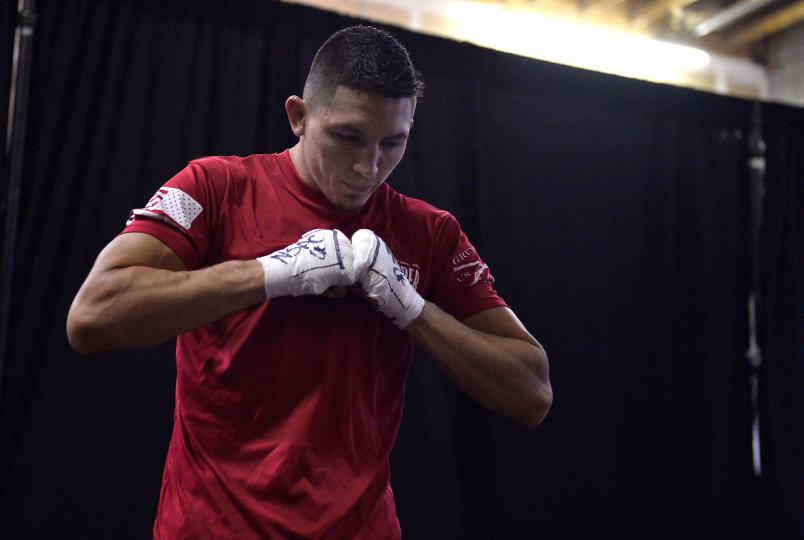 The mind is right. All he needed was to get his body healed and back in shape, and as he waited for the green light to return, it probably didn’t help that he watched the MMA world keep turning while being surrounded by his peers in his adopted hometown of Las Vegas. Or did it?

“I can't say I wasn't jealous, and it's hard when everybody around you is still continuing their growth,” he said. “They're getting better, getting stronger, doing all the right things that it takes to be a professional in this sport. And they're out testing themselves, trying to get the results. That's one of those things I had to work on, that I know I'm sidelined, and I had to be aware of the situation I was in and how much ground I essentially had to make up for. And it got easier, realizing I could learn visually and take things in differently from a forced perspective on the sidelines.”

And once unleashed on the mats again, Morales had a fresh start and soon, a fight to prepare for with his new team at Syndicate MMA.

“To change some outcomes, I had to change my surroundings,” he said. “Since I got back to training, my sanity returned, even better than it was prior.”

He laughs, glad to be back and to not have to discuss the topics of his losses and layoff around family and friends anymore.

“I tried not to talk about it with them,” Morales said. “I get so worked up about it. As much as I care about the sport and how much it means to me, they don't see or care about that, and they come to their conclusion based on what it says on paper. So I try not to get into it because it can be a loaded topic and I don't want to come off like a giant jerk and be overly sensitive about something that they don't care about.”

Does that mean no sitting around telling fight stories at the family barbecue?

“I grab a beer and go into the shadows,” he laughs.

There are no more shadows for Vince Morales. He’s happy, healthy, and ready to get back to work this weekend. There are a probably a million things he missed while he was gone, but the one aspect of the game that he missed above all others is one only a fighter will likely understand.

“What I missed the most was being dog tired and not being able to hold my arms up after practice, just that point of no return where you just feel dead,” he said. “I miss that. I miss that little dark hole. It's good to visit every now and then. You come out new. And for a long time, I didn't have that.”