No Joke, John Alessio's Back

"I guess I’m just like the perfect story for hard work, determination, and achieving your dreams." - John Alessio 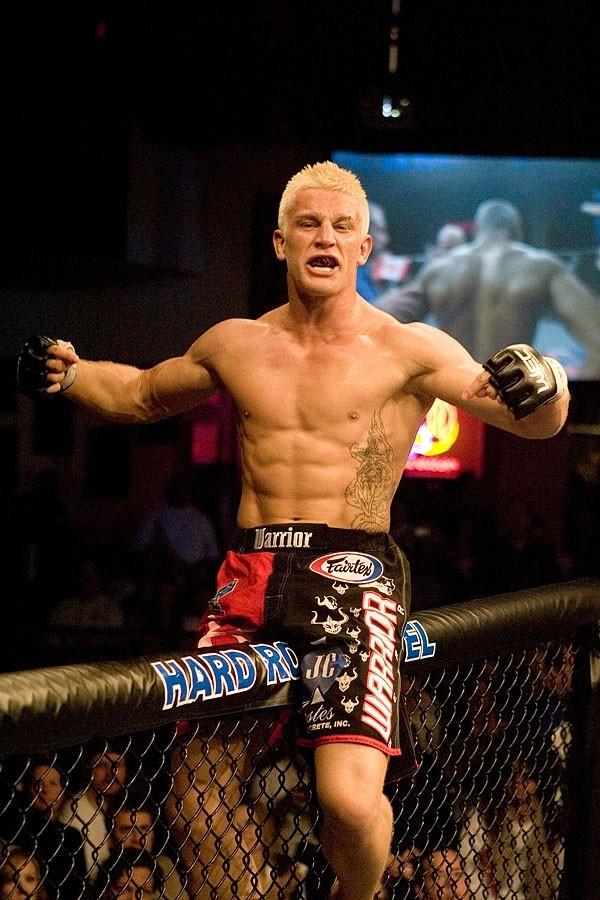 John Alessio had given up. He made a gallant effort, winning 10 of his last 11 fights and doing everything in his power to return to the UFC for the first time since a decision loss to Thiago Alves in 2006, but finally, he decided that the dream was over, and he retired in a note on his Facebook page.

The only problem was the date of his announcement. April 1, 2012.

This was no retirement. It was an April Fool’s Day joke. And a good one than that, but what happened the day after was no joke at all, as the call he had been waiting to receive for nearly six years came from UFC matchmaker Joe Silva. Alessio was back in the UFC.

“Everything fell into place perfectly,” said Alessio. “I announced the retirement and some people caught on right away, but there was a large majority of people that were like ‘no, don’t do it, you’re so close.’ (Laughs) Of course, I said April Fool’s that night and then the next day, I’m like ‘no way, guess what everybody, I’m the UFC.’ So it worked out perfect.”

It was a joyous and well-deserved occasion for the 32-year old from Vancouver, British Columbia, and the only one who didn’t believe the good news at first was his mom.

“I texted her and she said ‘you just did your April Fool’s joke – are you trying to do this again?’” said Alessio. “‘No, I’m serious.’”

So serious that he didn’t even have time to really celebrate, as his return gig came on short notice thanks to an injury to Matt Wiman, with fellow Canadian Mark Bocek waiting in the wings just 19 days away for the UFC 145 bout. But in reality, you could have given Alessio 19 minutes notice and he would have taken the deal. That’s how bad he fought to get back. He admits that he wondered if the day would ever come again.

“It’s six years and 21 fights since I’ve been in the UFC, so it was one of those things where I kept working and kept on the path of this is what I want to do – I want back in the UFC, and I’m gonna keep campaigning and I’m gonna do it til I die,” he said. “But was there part of me inside that was like, was this ever gonna happen? Yeah, for sure. There was part of me that thought that I would never get back in the UFC and that I would just have to finish my career outside of it. But I guess I’m just like the perfect story for hard work, determination, and achieving your dreams.”

The fact that it took so long for him to get back to the UFC surprised many in the MMA community. Sure, Alessio’s three previous trips to the Octagon produced an 0-3 record, but he never got any favors along the way. His debut UFC fight came in 2000, as the 20-year old got an immediate title fight with 170-pound champ Pat Miletich at UFC 26. Alessio was submitted in the second round. Six years later he returned to unbeaten rising star Diego Sanchez, only to lose a controversial decision. Five months after that, he dropped a three rounder to Alves and was released.

“The Sanchez fight, people argue that it could have gone my way or could have gone his way,” said Alessio. “I feel like I beat him, but obviously I’ve let that go since it happened. I went to a decision with Thiago Alves, and that’s right when he was getting on a roll, and he was finishing people. So for me to go toe-to-toe with him for three rounds, I don’t know if people saw the fight or realized how that fight went or thought that I got beat down for three rounds or what. Those guys were all in the top ten in the world when I faced them.”

And given his talent and name recognition, Alessio was never going to be out of work for long. He had a 5-2 record in the WEC, even fighting Carlos Condit for that organization’s title in 2007, but falling short of victory. After that, he competed in Japan, Canada, Belgium, the Netherlands, and the United States, fighting whoever and whenever he could. When he hit his streak of 10 wins in 11 bouts, it appeared that he was within striking distance of the UFC, and a drop to lightweight last November helped his chances even more as he defeated Luiz Firmino and Ryan Healy in back to back bouts.

“Since I dropped to lightweight, and just in the last two years in general, everybody sees that I’ve gone 10-1 in my last 11 fights and I think everyone sees a big improvement,” said Alessio, who trains out of the Xtreme Couture and Drysdale Jiu-Jitsu gyms in Las Vegas. “I’m in my physical prime right now, and I’m at the best state in my life mentally and in my home life. I have great trainers, I’m very focused, I come home every day and I have a great wife and she takes good care of me, so everything’s great and I feel like this is now my time. And now with me becoming a better fighter now and in my prime, I have 48 fights of experience under my belt as well, so that’s something that a lot of fighters don’t have. I’ve been put in every position, I’ve been there, done that, and I think that’s gonna be a big advantage for me.”

He’s not kidding. It’s hard to fathom any young fighter on the way up ending his career with nearly 50 fights. But Alessio, a pro since 1998, is cut from a different cloth from a different time.

“I’ve seen people start their careers after I started, and retire,” he laughs. “I’ve seen people come and go, and as soon as they get cut from the UFC, they’re done. Well, there’s more, you can work your way back. You can’t just say ‘oh, I’m cut, I’m giving up.’ Well, how bad did you want to fight in the first place is what I ask.”

That’s never been a question you’ve had to ask about Alessio, who returns to a UFC that looks a lot different than it was when he was last here. In 2006, the MMA explosion was just getting underway, but now it’s an international phenomenon, complete with action figures, video games, and network television exposure. And though Alessio has been around, he hasn’t been in the Octagon, so things are about to change a bit for him.

“For as long as I’ve been fighting, I’ve been saying I’m the most famous, unfamous fighter,” he laughs. “I’ve been on every show in the world, but I haven’t been in the UFC for six years, so people walk by me and wouldn’t even recognize me, but the hardcore fans do. And there’s a whole new breed of fans that are basically UFC fans, and I’m unknown in that world.”

Not after Saturday night and his UFC 145 main card bout. Has he thought about the emotions he’ll be having when the gate is closed, a packed house is cheering, and it’s just him and Bocek? You know he has.

“Just excitement,” said Alessio. “I’m so blessed. I’ve been working so hard and dedicating myself and it’s finally paying off, so it’s gonna be a feeling of all-around happiness. I know I have to inflict pain upon my opponent, so I gotta be mean, but at the same time I’ll be happy and just relieved that all the hard work has paid off.”