No Funny Business For Raquel Pennington

The UFC shook up The Ultimate Fighter in season 18 when it was not only the first time two women would coach but the house would now be co-ed. Were fight fans in for a TUF/Real World mix?

As if having Ronda Rousey and Miesha Tate going head to head as the coaches wasn’t a big enough splash, the UFC opened the door for the ladies to compete on the series and, as Raquel Pennington recalls, classic fights were a goal but production had other goals in mind, too. 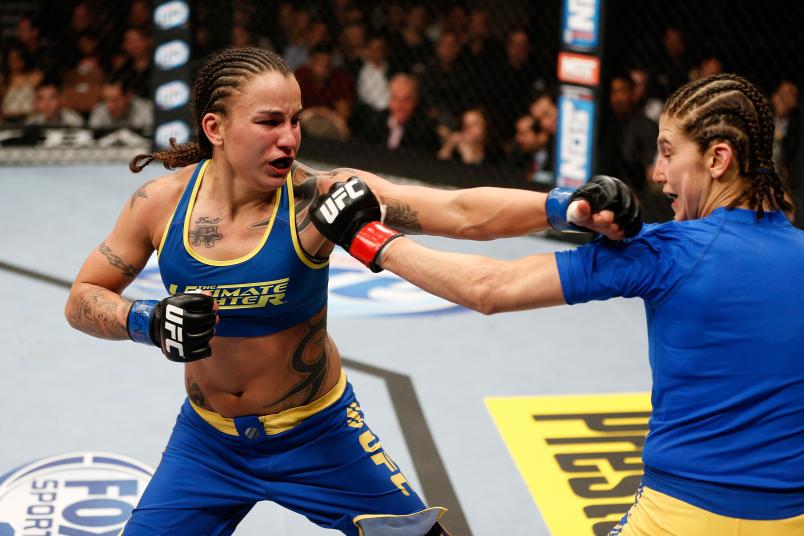 “I think everybody might have an image of how things might go and I think from the production’s stance of, ‘give the people something to think could happen.’ they were hoping for that,” Pennington recalls.

Yet the fighters had only one thing in mind.

“We had fought to get where we’re at for so long, so everybody was putting their whole heart behind it and knew this was our opportunity,” Pennington said.

So no funny business, just business. 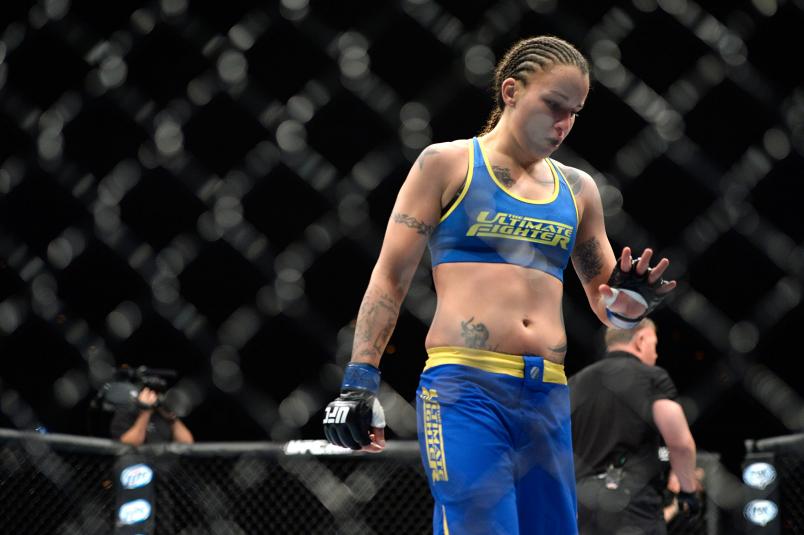 “It was actually kind of funny because we went in there and then it turned out there were girls, including myself, who were into other girls and then other girls had boyfriends so it was like, ‘Well, you guys are kind of out of luck,’” Pennington said with a laugh.

Take that out of the equation, and the drama amongst fighters was very low. Miesha and Ronda were about to pick up the slack, but Pennington recalls complaints that the season was actually too laid-back. That changed at one point, at least for a moment.

“The guys decided that when it was Jessamyn Duke’s birthday they’d ask production to buy all the guys thongs and stuff and they gave her a strip show so we found a unique dynamic and just had fun,” Pennington said. 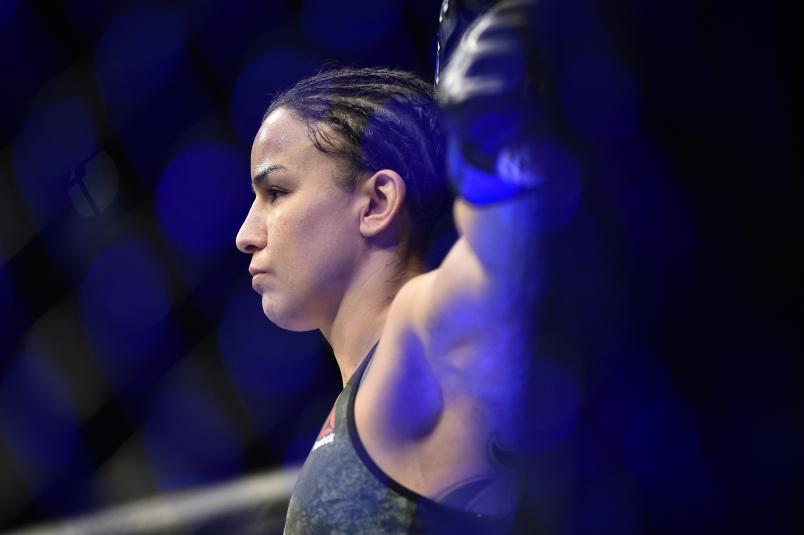 Goofy pickup lines were laid down, comments were made but lines were never crossed. The men and women once seen as barbarians for fighting for a living back in the dark ages of MMA proved to be level-headed athletes at the end of the season.

And when it came to the UFC’s search for quality talent to make up the men’s and women’s bantamweight divisions, TUF 18 was wildly successful and successful enough that just three years after the show was completed, Pennington would go on to retire her coach, Miesha Tate, at UFC 205 after defeating her by unanimous decision.

For ALL of TUF 18 and all 15 of Raquel Pennington’s fights in the UFC, as well as Invicta FC, sign up for UFC FIGHT PASS TODAY!