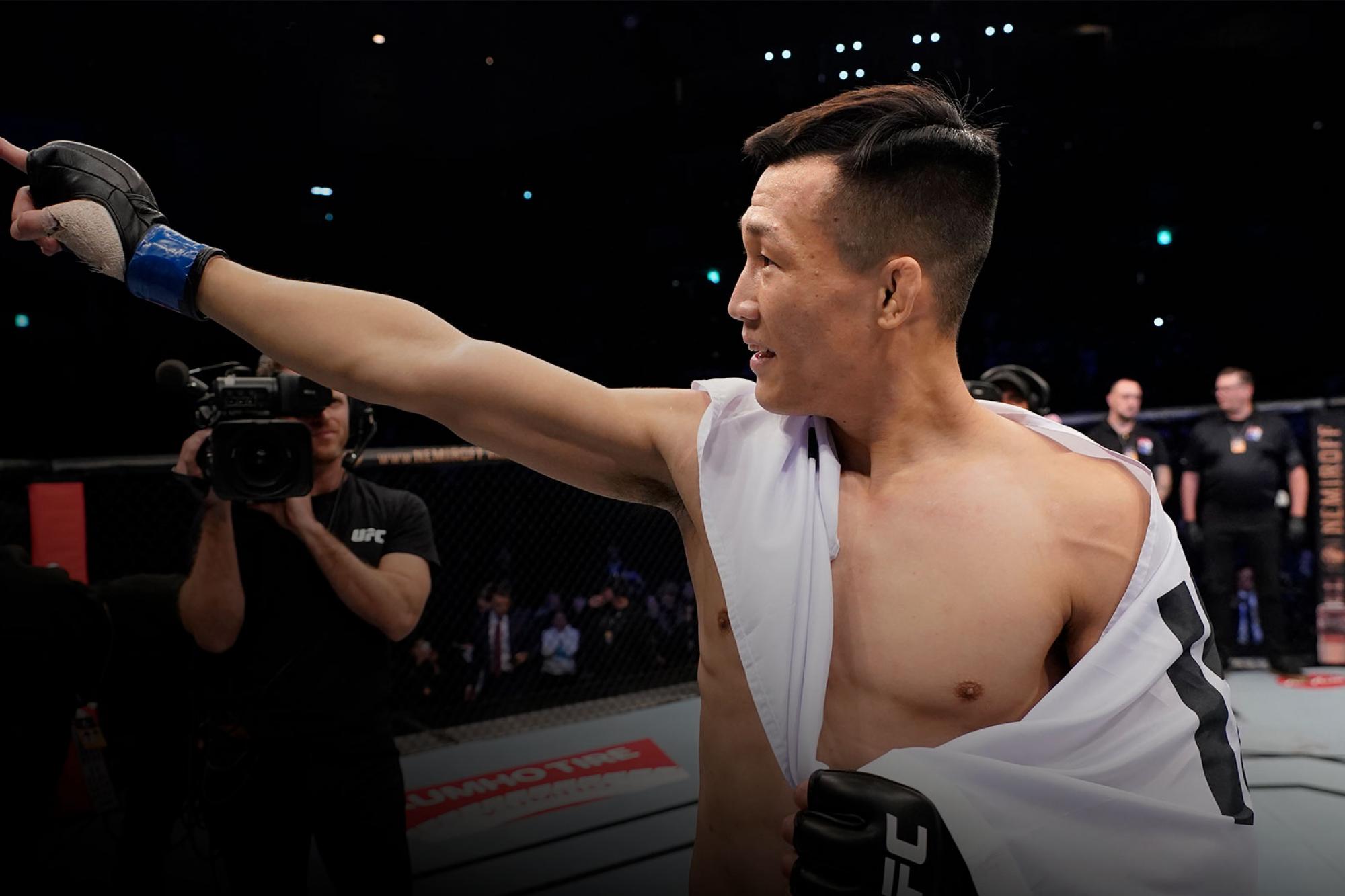 No Drama For Korean Zombie

The buildup between The Korean Zombie and Brian Ortega has been packed with drama. But Chan Sung Jung is only focused on fighting now
By Thomas Gerbasi, on Twitter: @TGerbasi • Oct. 15, 2020

No one can deny that 2020 has been the year when the unthinkable became reality. That phenomenon hasn’t skipped the world of mixed martial arts, where the universally liked and respected Chan Sung Jung is actually in a bit of a grudge match with the man he faces this Saturday on Fight Island, Brian Ortega.

Say it ain’t so, Zombie.

“I have never been in this situation before and I am not an amateur to be bothered by this kind of feeling,” said Jung through a translator. “What happened has happened, and the fight is coming. The fact is that I am fighting against the number two guy in the world. That’s what I am focusing on at this time.”

So how did this all happen to take what is a Fight of the Year candidate without the drama to an entirely new level with it?

“I think he really wants to fight me,” said Jung. “He caused an issue for people to see us as a rivalry, but the important thing is that now I want to fight him. As you may know, there were many things happening between us. I think Ortega misunderstood the situation, but it is not important to talk about it anymore because I will fight and win over him.”

In other words, the drama is over from the side of “The Korean Zombie,” who will save the rest of his talking for the Octagon. And when that door shuts, oh, what wonderful things come from the fists and feet of South Korea’s finest, 16-5 as a pro with six UFC wins and eight post-fight bonuses in the big show.

It’s a resume most fighters would envy, yet while the 33-year-old is ranked fourth in the world and will be looking at a shot against 145-pound champion Alexander Volkanovski with a win this weekend, you can only wonder where Jung would be in his career if not for two years of mandatory military service and several layoffs due to injury. But not surprisingly, he’s not complaining or wondering about what ifs.

Eight surgeries. If anyone has a right to complain about bad luck, it’s Jung, but it’s his positive outlook that has made him one of the most well-liked and respected fighters in the game.

“I think I just adapted myself to what I had to do depending on situations,” he said. “I had experienced some hard times, more mentally with injuries and my military service. But I had accepted those situations and looked for a way I had to deal with them. Same as with the coronavirus pandemic, I looked for a way to modify a fight camp and I prepared for this fight in Korea.”

Ah, COVID-19, the main catalyst behind the world upheaval that has been 2020. You might wonder if the MMA Gods have it in for Jung with this apparent wrench thrown in the works, but the Zombie is more resilient than most, and like he said, he found a way to make the training camp for Ortega work.

“I was planning to have a fight camp at Fight Ready in Arizona since the coaching staff and sparring partners there are great,” Jung said. “My last two fights proved how good they were. Due to the coronavirus situation, I could not go to Arizona, but luckily some sponsors were willing to help with my fight camp cost in Korea. With their financial assistance, I was able to invite a striking coach and sparring partners to Korea. I would say having a fight camp in Korea is the only thing how COVID-19 has affected my life at this moment.”

That’s good news and a good sign, because it means Jung can concentrate solely on the fight, a pivotal one for him after spectacular back-to-back knockouts of Renato Moicano and Frankie Edgar that put two more bonus checks in his pocket. They also kept his streak of no decisions going, making it nine straight fights in which he hasn’t had to hear the judges’ scorecards.

“I just realized that I have not gone to a decision over the years, but I always prepare for all fights to go to a decision and this fight is one of those,” said Jung, whose last distance bout was a decision loss to Leonard Garcia in 2010 that was perhaps the greatest fight in WEC history.

Jung has come a long way since those days in the blue cage, and despite all the hurdles he’s had to get over to arrive in Saturday’s main event, he’s still on top of his game and one win away from a second title shot. The first one in 2013 against Jose Aldo didn’t go his way, but if he gets to a title fight again, he believes things will be different. How different? That’s a chat for another day. For now, it’s T-City on Fight Island.

“I need to admit that I was not ready for the champion position at that time,” Jung said. “Comparing my condition and skills in the past, I am now well prepared enough to challenge the champion at this present moment. Fighting Aldo was a great experience for me, but my focus is on fighting Ortega and not for the title shot, yet.”