No Cruise Control for Georges St-Pierre

“I have to keep in mind that I can lose everything in the blink of an eye. I can’t be on cruise control, I have to keep working hard.” - Georges St-Pierre 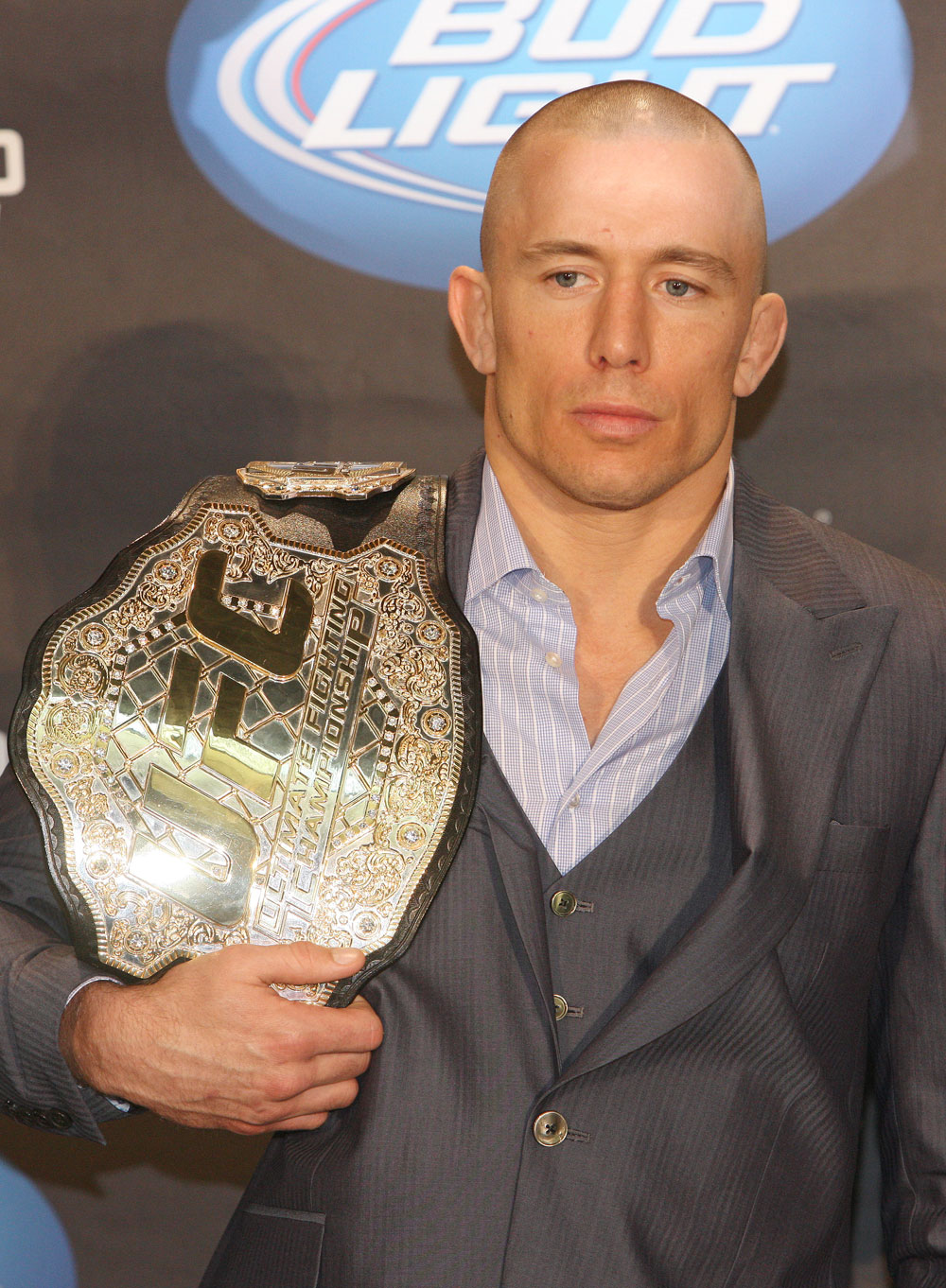 The big 3-0. It’s an age many dread, the official signpost on the way to middle age. But Georges St-Pierre doesn’t seem too bothered by the milestone he will reach on May 19th, nearly three weeks after he defends his UFC welterweight title against Jake Shields in front of over 55,000 fans at Toronto’s Rogers Center this Saturday night.

Instead, he says with a knowing smile, “30 is only a number.”

That’s for sure, and what that something will turn out to be in his 30th year will be determined greatly by what happens this weekend against Shields. In many ways, it’s his toughest challenge yet, one that goes far beyond pre-fight hype.

In the California jiu-jitsu ace, St-Pierre will be defending his crown against perhaps the best submission artist he has tackled, one who also has the wrestling ability to back up his ground game. Shields is also no stranger to top-level competition and championship fights, having experienced both over his years outside of the UFC, though as St-Pierre points out, in the UFC “Everything is multiplicated by ten.”

So the champion has prepared accordingly, almost doing as much hyping, if not more, of Shields as the soft-spoken challenger has done for himself, calling him “the toughest guy that I’ve fought.”

With a resume that includes BJ Penn, Matt Hughes, Jon Fitch, Sean Sherk, Matt Serra, Josh Koscheck, and Thiago Alves, that’s saying a lot. But it also begs the question, is St-Pierre saying these complimentary things about Shields because he believes them, or because he wants to convince himself?

It’s been no secret that St-Pierre has run through his opposition ever since regaining his title from Serra in April of 2008. The big number floating around GSP these days is 30, and it’s not for his impending birthday, but because that’s the number of consecutive rounds he’s won since losing a single stanza in his 2007 bout against Koscheck. It’s an amazing streak, one that doesn’t show any signs of ending if you go by his last three victories – shutouts of Alves, Dan Hardy, and Koscheck. It may start getting to the point where we’re keeping a tally of minutes lost, since he can’t find a way to lose rounds or fights.

And the way he’s winning each bout is almost as if he’s toying with his opponents. Hardy is a striker. Solution, take him down and keep him on the mat for 25 minutes. Well, fight fans complained about that strategy. So what does St-Pierre do in the Koscheck rematch last December? He turns into a Canadian Larry Holmes and wins another five rounder, this time behind a jackhammer jab.

With such Master Class level performances, can he even be challenged at this point? St-Pierre thinks he will be, or at least he’s saying he will.

“Nobody is perfect,” he said, most certainly referring to the only two blemishes on his 21-2 record, first round defeats to Serra and Hughes. “It’s gonna be a tough fight (against Shields). I have a big, big challenge on my shoulders April 30th.”

But what’s the secret to beating complacency? Future boxing Hall of Famer Bernard Hopkins once told me that when things were going too well, he would need someone to break a glass or slash his tires to shake things up and get his mind back to where it needed to be before a fight. St-Pierre, unlike Hopkins and one of his fighting favorites – Manny Pacquiao – doesn’t work well under such circumstances. Where they need chaos, he needs order, and as he approaches this Saturday’s title defense, he feels that he has the necessary order in his life.

“I used to not enjoy it (the fight game) as much,” he admits. “But as the fights have gone by, I made a lot of changes to my entourage and in my training, and now my smile is back on my face and I’m very excited for this fight.”

He’s excited enough that he has heard what fans and members of the media have said about him but has let it go, noting that “I don’t really listen to the critics.” But when asked about Shields’ ground game and how he plans on dealing with it, a champion’s fire is evidently still burning when he says, “The way I’m thinking is that Jake is gonna have to be careful that I don’t put him down on his back to get submitted and punched in the face. That’s how I see things. I’m gonna dictate the pace of the fight.”

It’s kind of sad that it can come to this, where a dominant champion has to defend his dominance while promising to do even more. But that’s the nature of the beast, especially in the world of combat sports. If St-Pierre was a baseball pitcher, his string of shutouts would be front page news. If he was a quarterback leading a football team to 28-0 wins every Sunday, no one would be able to stop talking about him. But in the fight game, excellence is sometimes overruled by excitement. Casual boxing fans will always love Arturo Gatti more than Floyd Mayweather, even though purists know what the real score is, and while Anderson Silva and Jon Jones are rightly getting praised for their recent spectacular victories, it’s unfair to leave GSP out of the conversation.

Luckily, St-Pierre appears to be impervious to such talk, and if he’s listening and taking it to heart, he’s not letting it show. Therefore, if he’s learned anything in his nearly 30 years on this planet, it’s that winning has a way of conquering all. How does he know? Well, he’s been on the other side, and he doesn’t like it one bit. So don’t expect him to slow down yet.

“I have to keep in mind that I can lose everything in the blink of an eye,” he said. “I can’t be on cruise control, I have to keep working hard.”