With No Belt To Raise, Mendes Ponders Next Move 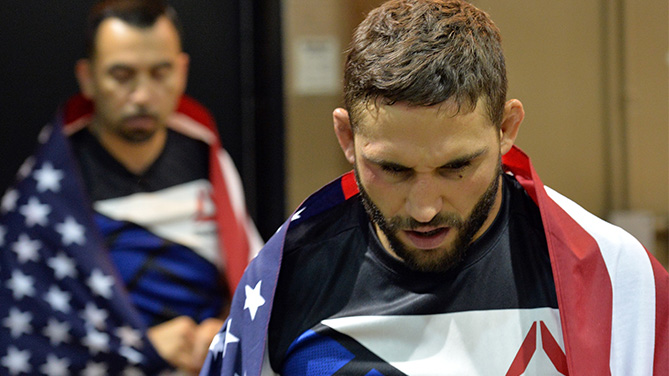 The only future that Chad Mendes had allowed himself to ponder was the one where he defeated Conor McGregor at UFC 189 and raised the interim featherweight championship belt over his head.

But it didn’t work out that way. And now, after losing the title bout Saturday night, he has to face the hard reality of a more uncertain path about where he goes from here.

“I really don’t know what happens next,” Mendes said.

If he had won, the answer would have been simple: A third shot at Jose Aldo. 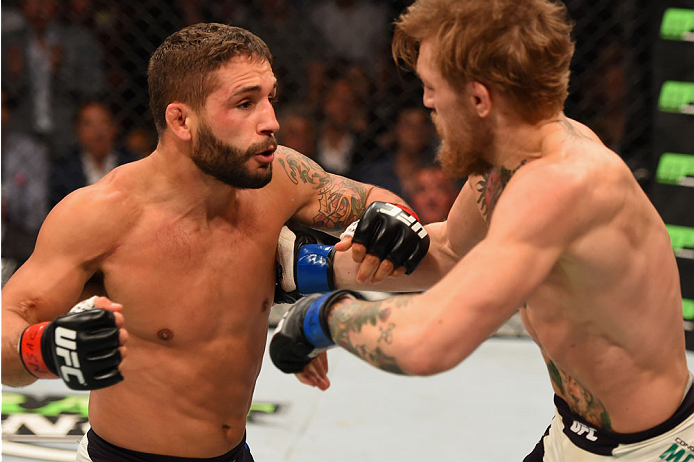 Instead, the post-fight press conference centered on where and when the UFC featherweight title will be unified in a mega-bout between the Brazilian champion Aldo and rising star McGregor.

Even though Mendes had just fought in the main event of the biggest fight card in UFC history, he was something of a forgotten character in the what-happens-now discussion.

“It just sucks because this isn’t the way I wanted it,” Mendes said. “I’m going to have to sit down with (UFC President) Dana White and figure out what he’s thinking. But it’s really hard for me to think about that right now.”

Then he added: “That was just the craziest two weeks of my life.”

Opportunity knocked for Mendes when Aldo pulled out of this fight late with a rib injury. And he almost made the most of it. In front of a largely hostile crowd, the underdog Mendes pushed the gregarious fighter/showman McGregor to his limit before losing in a technical knockout at 4:57 of the second round. 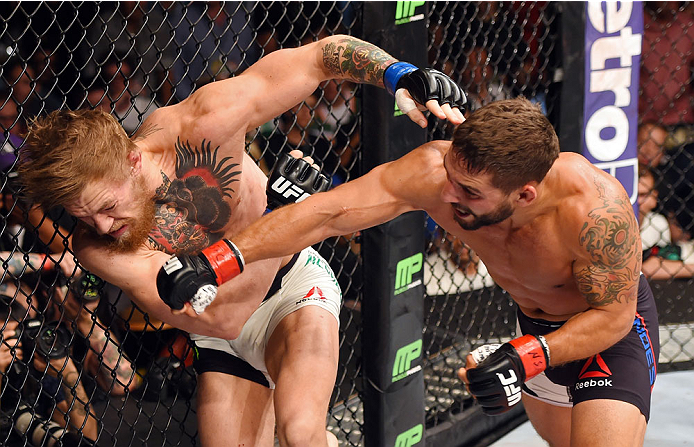 McGregor, who rarely has many kind words for his opponents, even grudgingly complimented Mendes afterward for taking the fight with so little preparation, adding: “Chad’s a tough guy.”

While he jumped at the chance to get another shot at the belt -- Mendes was defeated in two previous title bouts against Aldo -- he was at a stark disadvantage entering the Octagon on such short notice. But he made no excuses and only said that he would like another crack at McGregor with the benefit of a full training camp.

Nonetheless, Mendes, 30, who fights for Team Alpha Male in Sacramento, will have to wait. That’s because Saturday’s fight set the stage for a showdown between McGregor (18-2) and Aldo (25-1).

One possible opponent could be former UFC lightweight champion Frankie Edgar, who in May defeated Mendes’ teammate Urijah Faber in a unanimous decision in the Philippines. Earlier this month, Mendes talked about how much he admires Edgar (19-4-1).

“I think a fight with Frankie would be pretty damn fun for the fans to watch,” Mendes said. “Frankie’s that guy I’ve looked up to and watched fight for a long time. I love his style. I love his pace, his tenacity. That’s the guy that I would love to get in there and fight. It’s ultimately up to UFC, though.” 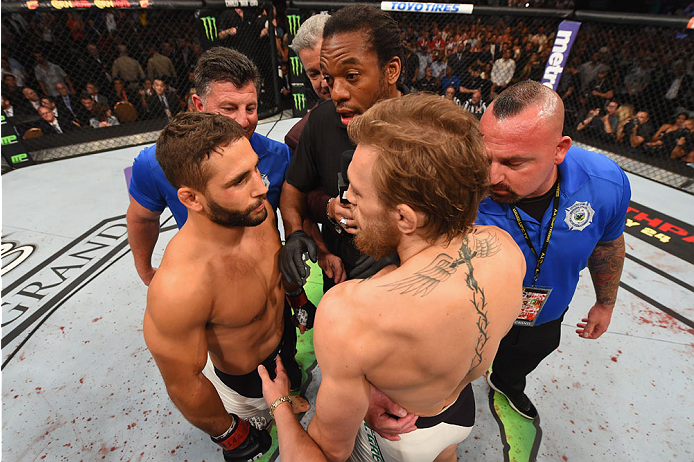 “Chad is a badass, and the only other guy he’s ever lost to is world champion Jose Aldo,” he said.

For now, though, Mendes is taking a break.

“I just need to get away, spend some time with my family and relax a little bit,” Mendes said. “Then, I’ll get back in the gym. Maybe that’s my plan.”

Mark Emmons is an award-winning veteran sports journalist and a regular contributor to UFC.com. Follow him on Twitter at @markedwinemmons