Dublin-born UFC strawweight  Aisling Daly, going for TUF 20 glory in December's Finale, calls for stigma of sport being uncool for girls to be banished so more of them can thrive in Ireland. 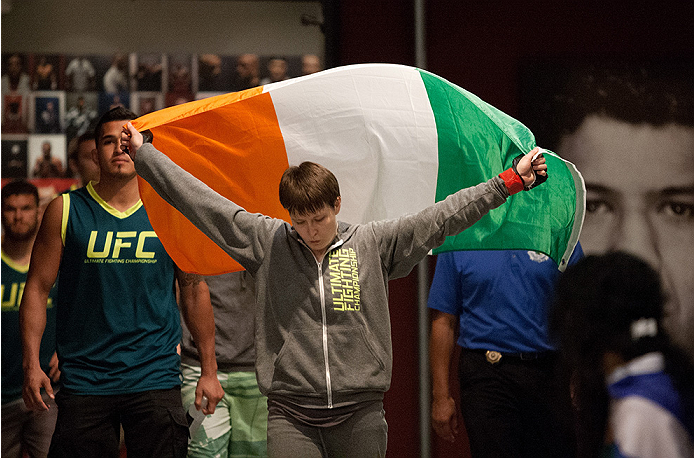 Aisling Daly has a crystal clear voice, and message: women’s sport in Ireland needs greater funding. That clear method is also in her UFC fighting style: relentless.
The 26-year-old from Dublin has been pushing the boundaries as a pioneer in women’s MMA, just as fellow Irish woman and atomweight Catherine Costigan has. Yet they are like two islands in the sea.
Daly, a product of John Kavanagh’s Straight Blast Gym (SBG) team, told Telegraph Sport: “I honestly just think that women in sport in Ireland isn't very popular. There's a huge obesity problem and from the government down and the grass roots up it just isn't encouraged for women to take part in sports."
“Girls are taught from a young age that it's not feminine to compete in sports, but that's not the case. They're even wary of going to a gym or doing a Zumba class. If you don't do that, you'll never be competitive. We only have a small handful of top female Irish athletes."
Full Interview on Telegraph.co.uk