Nikolas Motta remembers what it was like walking into the Nova Uniao gym in Rio de Janeiro as a teenager with dreams of one day becoming a world champion.

“It was crazy because I would look around and see so many legends and guys that fight all around the world,” he said. “He (head coach Andre Pederneiras) used to have like 15 UFC fighters in the room and so many guys that used to fight in Japan and be world champions. Now I'm back and I feel nostalgic sometimes.”

From 18 to 23, Nova Uniao was home for Motta. Nine and a half hours away from his real home in Governador Valadares, Minas Gerais, the budding MMA fighter found kindred spirits who helped him develop his craft and get him to within striking distance of the UFC. There was a stint on The Ultimate Fighter Brazil 4 in 2015 that put his name on the international map, some ups and downs on the regional circuit and ultimately, a move to the United States, where he continued chasing the Octagon dream in New Jersey and Colorado. 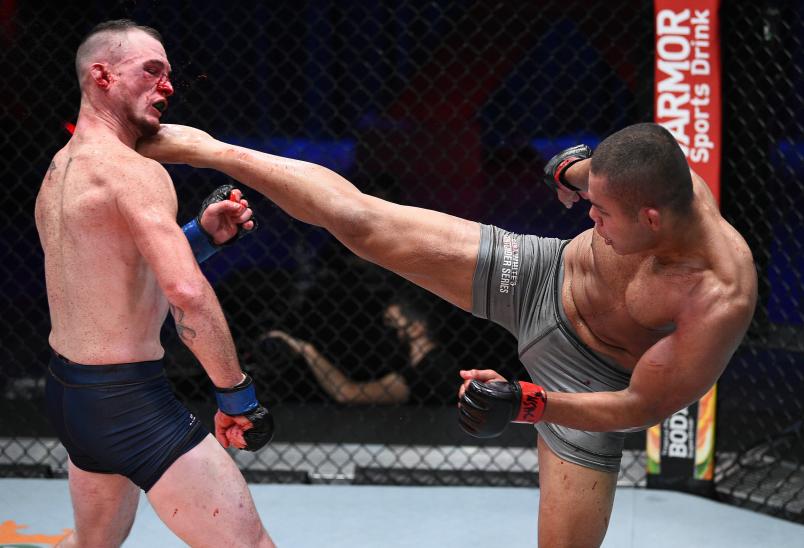 And in November 2020, that dream came true when he defeated Joseph Lowry to earn a UFC contract. That’s the good news. The bad news is that the 29-year-old hasn’t fought since.

There were chances, with Motta slated to face Damir Hadzovic, Jim Miller and Cameron Van Camp at times last year, but none of those fights panned out. So as Motta went home to Brazil, he did so with an uncertain future until the phone rang.

“I'm not gonna lie,” he said. “I got to a point when my manager called me to offer me a fight, I was like, ‘I don't care who it is, I'm ready to fight,’ and I would fight anyone. I've been waiting for so long and I've been working my ass off for so long.”

Luckily, that call came attached to an opponent Motta had already prepared for in the man with the most fights in UFC history, Miller.

“I was in Brazil, visiting my family for Christmas,” he said. “Every year, I come to Brazil for Christmas to spend some time with my family, but I already had on my mind that I should be getting ready to be able to fight at any time. So I was dieting and training while I was at home. My manager called me and he said Jim Miller's opponent pulled out of the fight and he needs an opponent. I jumped on the fight, and it was good timing. It was like six weeks' notice, so it wasn't bad, and I never stopped training.”

The only question was, would Motta go back to Colorado to train with the Factory X squad, or stay in Brazil and go back to his fighting roots? He chose the latter option and couldn’t be more excited.

“I think this time I feel in a better place mentally and more confident,” he said. I'm in Brazil, where everything started, around some old friends, around old coaches, and the legendary coach Andre Pederneiras. At the time I went to The Ultimate Fighter, I was here. I was only 21 years old and I was only fighting MMA for two and a half years. But now I'm totally different. Now I'm more mature, I have so much more experience, and I'm ready to fight one of the biggest names in MMA and UFC history, and I'm happy and grateful for this opportunity. I worked hard my whole life for this moment.”

Eleven years is a long time. And having seen the good, the bad, and the ugly of the fight game, he believes he’s arriving in the big show at the perfect time, despite the lost year of 2021.

“It was a rough year for me, but I never stopped working,” said Motta. “I've been working my ass off the whole year of 2021. I didn't fight, but I've been working hard the whole time and improving my game and getting better. And now I'm ready to go.”

“I'm not a kid anymore. I take these fights way more seriously right now. Maybe I wouldn't take it so serious when I was younger and immature, but now, I'm a f**king man.”