Niko Price Will Always Be True To Himself

Niko Price Consistently Finds Himself In Entertaining Fights And Expects The Same At UFC 264: Poirier vs McGregor 3
By E. Spencer Kyte on Twitter @spencerkyte • Jul. 7, 2021

Niko Price is allergic to being in a boring fight.

Whether it’s his opponent or himself, each time he enters the Octagon, he knows someone isn’t making it to the final horn.

“Don’t expect 15 minutes from my fights,” offered the popular Floridian, just a handful of days ahead of his UFC 264 showdown with fellow all-action welterweight Michel Pereira.

“My focus is to put a good fight on, and I always go out there with my sword and my shield,” continued the 31-year-old, who sports a 92.9 percent finishing rate and has only gone the distance twice in 20 professional appearances. “It doesn’t matter if I go out or they go out — I’m in there to fight you, and d’you know what happens in fights? Someone gets hit and someone goes out.”

A frenetic ball of energy standing six-feet even, Price fights bigger than that and rangier than that in the cage thanks to his go-go-gadget limbs and willingness to attack from quite literally every position. He’s constantly moving, throwing, and pressing the action, never allowing his opponents to get settled or have a spare second to catch their breath.

It’s a style and approach he comes by naturally, and has since passed on to the next generations of Prices.

“I was always a rough kid to be around because if there wasn’t something to do, I was poking you,” he said with a laugh, thinking back to his days as a young hellion. “I was a nudge. Some people would say annoying.

“All five of them — my whole house is just savage,” the proud father said when asked if any of his kids have followed in his hyperactive ways. “My son might poke my daughter, my daughter will turn around, front kick him, and now I have a grappling match on the floor.

“Then my other daughter comes in, tries to break it up, and how they break it up is by trying to subdue the one of them, so now she’s trying to choke one of them, and then another one comes in and we have a brawl in the living room. Toys start getting thrown, there are plastic swords coming out, and my other son will come out of nowhere with boxing gloves on, punching everyone.

“It’s a tornado of Prices beating each other up and I have to come in and shut it all down. As soon as I go back to doing whatever I was doing — mowing the yard or something — and I look through the window and it’s all going again.” 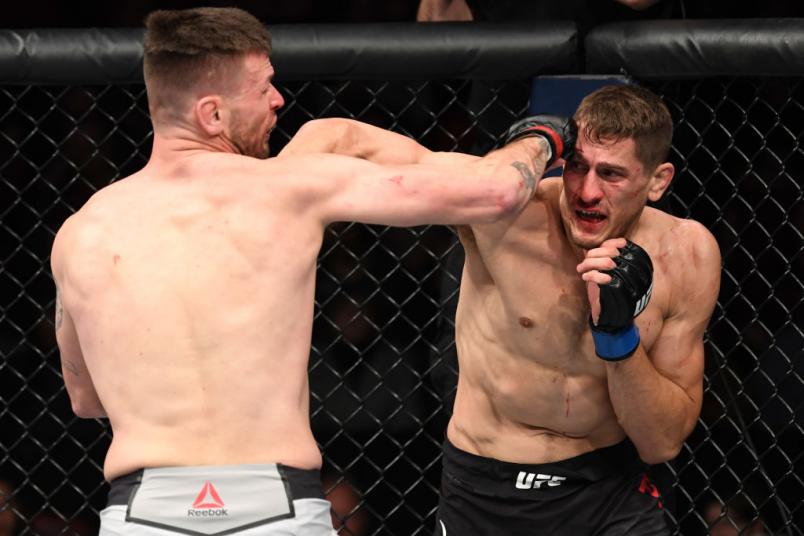 And what about Mrs. Price?

“My wife is an angel,” he said without pause. “She is the complete opposite of me — she doesn’t like confrontation, she doesn’t like yelling; she’s a nice, quiet lady that got thrown into the blender with me and now it’s a house full of Thundercats.”

While being a rambunctious child may have annoyed some of his family and friends (and teachers and classmates and probably even a few people he didn’t really know), it was the starting point in the lifelong athlete’s journey to eventually discovering mixed martial arts and working his way to the biggest stage in the sport.

MORE UFC 264: Fight by Fight Preview | Tai Tuivasa Is Back On A Roll | Sean O'Malley Manifested This Moment | Significant Stat Preview | Fighters On The Rise

Now a dozen fights and nearly five years into his UFC career, Price has found a place where letting go of all that energy is welcomed, encouraged, and often celebrated.

“In fighting, I’m allowed to be annoying; I’m allowed to hit you,” the explosive welterweight offered. “If there is a dull moment, I can elbow you in the face. If I get bored, I’m going to hit you to start something going.

“I don’t like stalling positions and boring situations,” he added. “I want to hit you.” 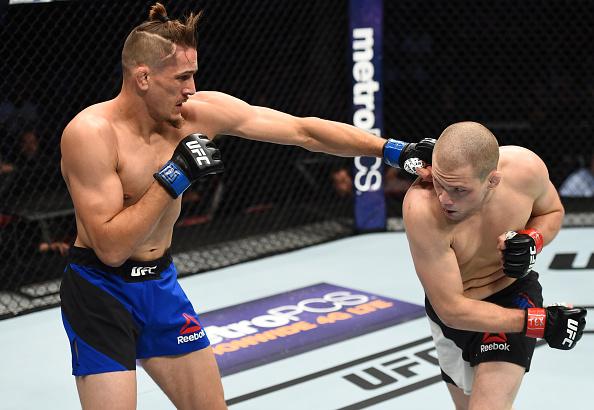 While that fact is evident whenever Price is in the Octagon, it was crystalized three years ago when he collected one of the most inventive, unique knockouts in UFC history.

Early in the second round of his fight with Randy Brown, the two got tangled up in a scramble, Price working off his back and Brown trying to navigate the upkicks and sweep attempts coming his way. When Brown finally committed to attacking with ground-and-pound and waded into Price’s half-guard, “The Hybrid” initially looked to attack his legs before realizing his opponent wasn’t protecting his face.

Price stuck his right foot under Brown’s neck to keep his head propped up and began unleashing a string of thudding hammerfists off his back, quickly dispatching Brown to the land of dreams and nightmares.

“I was looking at his legs thinking, ‘I can go for a leg lock,’ and I looked up and I was like, ‘But he’s not covering his face’ and started hammerfisting him,” said Price, recalling the sequence. “It worked perfectly.

Price’s unconventional all-action style has elevated him into a rare class of fighters who are universally regarded as must-see TV by representatives from all corners of the combat sports community.

Stationed at the hotel this week in Las Vegas, he was taken aback by the number of fellow UFC 264 competitors that knew who he was and made a point of saying, “Hello,” which prompted his coaches to remind him of the highlight reel he’s crafted through his first dozen trips inside the Octagon.

Most people felt the same way about Pereira through his first four appearances under the UFC banner, as the flamboyant Brazilian would mix elements of capoeira and tumbling into his attacks, famously doing a backflip off the fence mid-fight in one of his final bouts prior to arriving in the UFC. 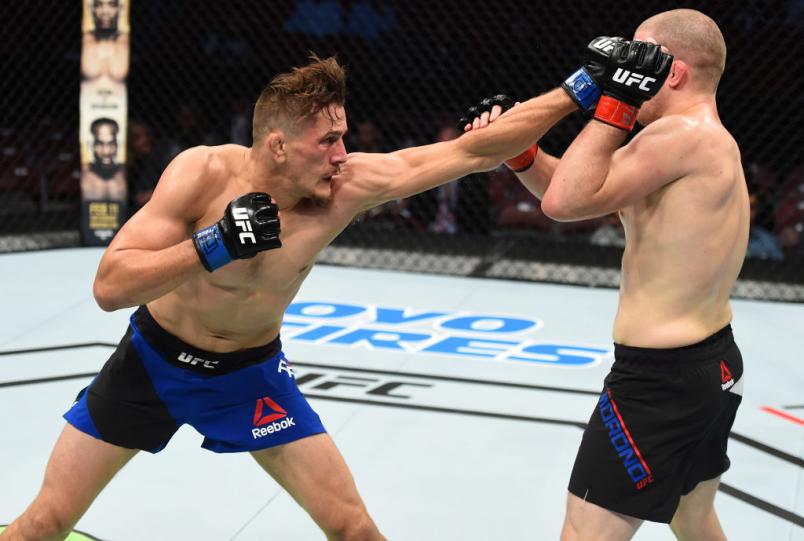 But last time out, Pereira toned down his wild and crazy ways, taking a more patient and measured approach to his fight with Khaos Williams in December, deploying a more fundamentally sound attack to earn the unanimous decision victory.

Asked about his opponent’s shift to a more conventional approach and how that might change things once they get into the cage on Saturday night, Price remained, as always, true to his roots.

“Put it this way: I’m going to come at you and touch you,” he said without hesitation. “I’m not here to give you a couple seconds.

“I’m aiming for your face, your liver, your solar plexus, and your legs,” he added. “I’m going to calf kick you, head kick you, and front kick you, and it’s all going to be in sequence; that’s just my style.”

“My fights are exciting,” he interjected when I mentioned that the results haven’t always been what he might have wanted. “Someone is going to sleep; it’s as simple as that.”

“I’m Niko Price, man, and I’m going to be Niko Price every time I get in there,” he answered.

No one would have it any other way.