Nikita Krylov knows he needs to enjoy training, but it also should be difficult. The search for balance is helping him prepare for Johnny Walker at UFC Brasilia.
By E. Spencer Kyte, on Twitter @SpencerKyte • Mar. 10, 2020

Nikita Krylov has been a professional mixed martial artist for nearly eight years, amassing a 7-5 mark inside the UFC Octagon and a 26-7 record overall.

This past Saturday, the Ukrainian light heavyweight turned 27.

Put those two statements of fact together and you get a better understanding of where Krylov is at in his career as he readies to make his first appearance of 2020 against Johnny Walker this weekend in Brasilia, Brazil.

“On the one hand, I had some mistakes,” began Krylov, reflecting on his early start in the sport and the impact it’s had on his career. “There were not enough resources, not enough experience, but I believe that with us, everything happens when it’s necessary.”

Krylov tore through the regional circuit in his native Ukraine at the outset of his career, fighting 13 times between July 27, 2012 and the end of December, earning a dozen consecutive victories before finally tasting defeat for the first time. Eight months later, he was making the walk to the Octagon for the first time, facing off with Soa Palelei at UFC 164 in Milwaukee, Wisconsin. 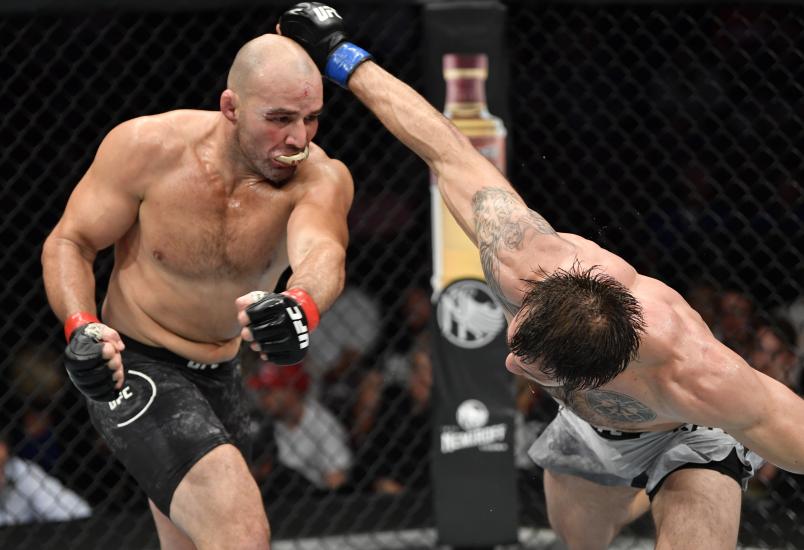 He was a tough 21-year-old kid with obvious potential, an impressive record, and limited resources at his disposal, and he knew that the best way to provide for himself and his family was to compete inside the cage, so he dove right in. After splitting his first two appearances in the Octagon at heavyweight, Krylov dropped down to the light heavyweight ranks, where he rebounded from a quick submission loss to Ovince Saint Preux with five consecutive victories, all of them stoppages, all of them highlighting the potential that existed in the raw, unpolished fighter who had still yet to grow into his frame.

Five months after knocking out Ed Herman to secure his fifth straight victory, Krylov’s run of success was halted in sudden fashion at UFC 206 when he succumbed to a first-round guillotine choke in his showdown with Latvian-born Canadian Misha Cirkunov in Toronto.

A 21-month sabbatical from the UFC produced four victories in as many fights, again all finishes, and offered a glimpse at the improvements and developments Krylov was making, but since returning to the Octagon in the fall of 2018, some of the excitement and elevated expectations that accompanied his return has waned as he’s bookended a first-round submission win over Saint Preux with losses to Jan Blachowicz and Glover Teixeira.

“I really don’t like to make excuses, but with each of my last three defeats in the UFC, I can tell you why I lost,” said Krylov, reflecting on setbacks against Cirkunov, Blachowicz, and Teixeira, a trio of Top 15 fixtures. “Those losses gave me experience and understanding of what needs to be done next.

“My last four fights in the UFC have been against the guys from the Top 15, and that’s totally okay for me,” he added. “I like it. I am interested in fighting against guys who are well known. It gives you an extra motivation. When you see that Glover Teixeira fights for five rounds with Jon Jones or knocks out Rashad Evans, and then you go with him for three rounds, it affects you positively.”

Some may view that as searching for a silver lining from an otherwise disappointing result, but the reality of this sport — as with so many other pursuits in life — is that everyone learns more from their failures than their successes, and it’s only through constantly adapting, adjusting, and working to put the pieces together correctly that a fighter is able to reach his or her full potential.

And despite his most recent setback, Krylov continues to make adjustments and take further steps towards becoming the best version of himself.

One noticeable change he made ahead of this weekend’s clash with Walker was training in the United States for the first time. After kicking off his camp in Thailand, the 27-year-old accepted an invitation to train at American Top Team, the South Florida outpost long considered one of the elite camps in the sport.

“I have trained in Thailand several times already; it’s a great place to start training, gain physical condition and enjoy the climate in Phuket,” began Krylov. “I have long wanted to train in the United States for several weeks, but each time there were different circumstances.

“This time, I flew to the U.S. and was still not sure where I would prepare for the fight. I must thank my friend Yaroslav Amosov for the invitation and Conan Silveira, who welcomed me very warmly at the ATT.”

While he had nothing but praise for the athletes and coaches whom he worked with throughout his stay in Florida, the emerging light heavyweight offered a very thoughtful and measured answer when asked about diversifying his training camp this time around.

“But there is another opinion that you should just try to surround the seed with the most convenient conditions,” he continued. “You should like your gym, you should trust your team of trainers and your sparring partners should work for you. 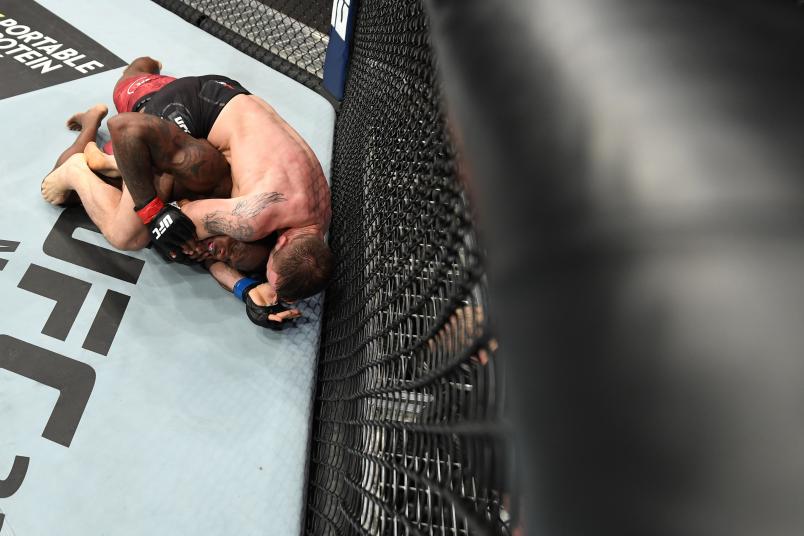 That’s the kind of deeper understanding and nuanced answer that you can only arrive at through experience and enduring the ups and downs a career in the cage can provide, both of which Krylov has already done.

Now, as he reaches the age largely considered to be the start of one’s physical prime, the consistently entertaining cult favorite affectionately known within the online MMA community as “Nicky Thrills” is worried only about the here and now, starting with his highly anticipated bout with Walker on Saturday night in Brasilia.

“I can’t guess at what moment of my career I am now; it's very hard,” answered Krylov when asked if he feels like he’s ready to embark on a run of success in the light heavyweight division. “It’s hard to think of anything like that in MMA.

“When Cain Velasquez beat Brock Lesnar, many thought that here we have a heavyweight who would rule the division for several years. When Khabib (Nurmagomedov) beat Rafael Dos Anjos, everyone thought that he had only a few months left before the championship.

“You can give many examples (where what people thought would happen didn’t pan out),” he added. “Therefore, I only feel that I have a fight with Johnny Walker soon.”

In an ideal world, Krylov would like to collect a victory on Saturday, snag a Performance of the Night bonus, and then fight and beat an opponent ranked in the Top 10 before closing out the year in a rematch with Blachowicz, whom he believes will stand atop the division, on either the annual event in New York City or a fight card in Russia towards the end of the year.

“Do I believe everything will be this way?” he asked rhetorically after outlining his perfect year.

And so he remains locked in on this weekend and his fight with Walker, eager to continue showing that the tough kid from Donetsk is developing into a more polished, more professional competitor whose best days are still ahead of him.