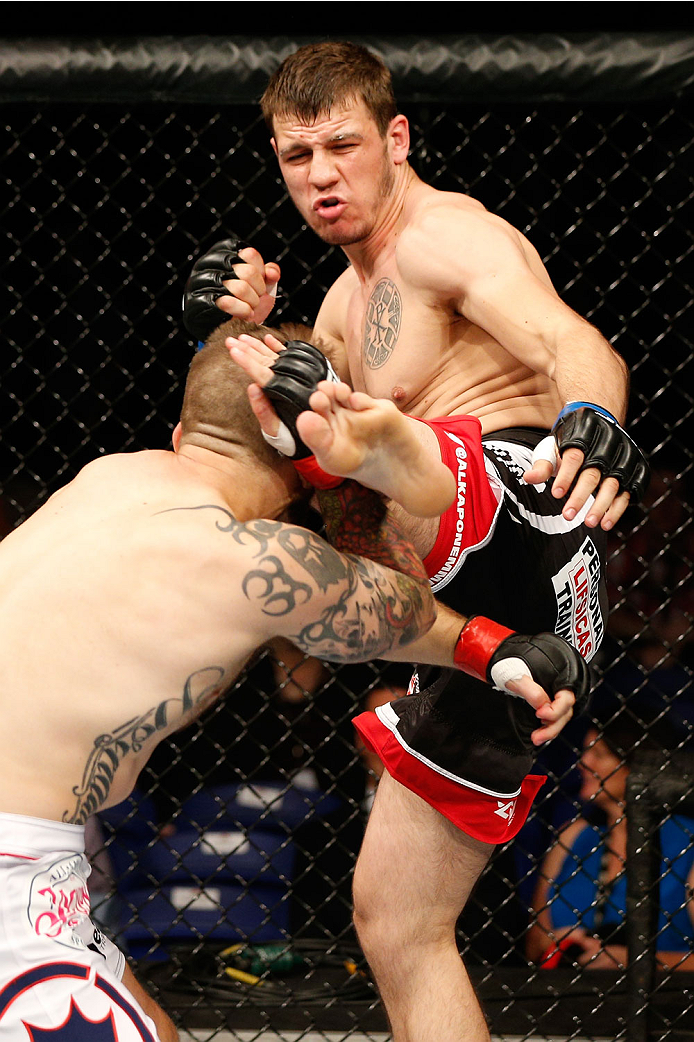 In a wide-open light heavyweight division where a couple big wins can put you in the thick of the top 15, Nikita Krylov has done his part, finishing both Cody Donovan and Stanislav Nedkov in the first round.

You can’t get more impressive than that at this level, but as he approaches his Sunday bout with Brazil’s Marcos Rogerio de Lima, he remains in a holding pattern after being on the sidelines since January.

It’s not Krylov’s fault, as visa issues forced several bouts, including his against de Lima off the June 27 UFC Fight Night card in Florida. Now it’s off to Saskatoon nearly two months later, and he just wants to get into the Octagon, fight, and get back to the business of becoming a contender, and then, a champion.

Those goals probably seemed to be a faraway dream when Krylov entered the Octagon in 2013. He lost his debut at heavyweight to Soa Palelei, and while he evened his UFC record at 1-1 against Walt Harris, it was the move to 205 pounds that made the most sense. It didn’t help that he lost his light heavyweight debut to Ovince Saint Preux in March of 2014, but with the wins over Donovan and Nedkov, he doesn’t just have the confidence to move forward, but he’s building a resume to back it up as well. So does this feel like home?

“It surely does,” he said through translator Alfredas Lifsicas. “I'm faster and almost 15 kilograms (33 pounds) lighter.”

What remains is the calling card that he’s carried with him throughout his career – an ability to finish fights that has seen all 18 of his pro MMA wins end before the final bell, 11 by submission, seven by knockout, all in the first round.

“This is just the way I am,” he said. “I can’t say really much more about that.”

Some would call it the impatience of youth, but the 23-year-old Krylov is more mature than most of his peers when it comes to his career, something he credits his friends and team members with.

“I have a good team of people around me, like my friends Tim Leidecker, Alfredas Lifsicas and Maxim Ryndovskij,” Krylov said. “They help me to keep to the right way in life.”

It’s not easy though, especially when the unrest in his native Ukraine is in the headlines and in his head. To deal with it the best way he can, the Donetsk product has found a way to separate business and his home life.

“I spend my training camps for a fight abroad,” he said. “I try not to think much about the situation in Ukraine, because it doesn’t matter if I spend time or don’t spend time thinking about it. I cannot change anything.”

A harsh reality? Yes. But Krylov also knows that in situations like this, if you’re able to elevate yourself, you may be able to elevate and inspire others. So he’s not distracted as Sunday night closes in. He’s ready for de Lima and everyone else.

“I want to fight the top guys in the division,” he said.