In his second UFC stint, Nicolas Dalby has shown his maturation as a fast, ferocious fighter.
By E. Spencer Kyte, on Twitter @spencerkyte • Nov. 19, 2020

The second chapter of Nicolas Dalby’s UFC career began last September in his native Denmark, where the welterweight veteran collected a hard-fought unanimous decision win over Alex “Cowboy” Oliveira, but the second phase of the 36-year-old’s life inside the cage actually got started exactly 600 days earlier.

On February 5, 2018, the standout from Copenhagen explained why he’d been out of action since suffering his second consecutive UFC loss and being released by the company, detailing his struggles with depression and alcoholism in a lengthy Instagram post that became the catalyst for seismic change in mindset for the talented fighter.

After arriving in the UFC with a perfect 13-0 record, the former Cage Warriors champion defeated Elizeu Zaleski dos Santos in his debut and battled Darren Till to a majority draw in their joint sophomore efforts inside the Octagon. But consecutive losses to Zak Cummings and Peter Sobotta — the first two losses of his professional career — threw Dalby for a loop and he sunk into a deep hole.

The Instagram post was meant as an update for family, friends, and fans, but proved to be a powerful moment for its author as well.

“I made the post basically to let people who had been following me know what was going on, because I had a bunch of fans and followers that I felt I owed some kind of explanation,” said Dalby, who makes his third appearance of his second tour of duty in the UFC this weekend at UFC 255, where he takes on streaking veteran Daniel Rodriguez. “As I was writing it, I found out it was pretty helpful for myself as well to get that (out in the open) because when you sit down and write about or talk about stuff in your life, you’re reflecting at the same time.

“It was healing for me to do it and that made me keep going,” he added. “I felt I took a lot from it and it seemed to inspire a lot of people and help some people in similar situations, and that made it all worth it, but it was very helpful for myself, as well.”

His return to competition got off to a bumpy start, as Dalby dropped a split decision to fellow UFC alum Carlo Pedersoli Jr. on September 1, 2018, two days prior to the two-year anniversary of his loss to Sobotta, putting him on a three-fight slide. But finishes of Roberto Allegretti and Philip Mulpeter set up a meeting with Alex Lohore for the Cage Warriors interim welterweight title, and a stoppage victory in the championship rounds set the stage for a “Champion vs. Champion” clash with Ross Houston just under four months later.

The bout turned into one of the more memorable contests of the year, with Houston busting up Dalby early and the Dane returning the favor soon after, resulting in the dueling champions turning the Cage Warriors canvas into an all-crimson Jackson Pollock.

Two minutes into the third round, referee Marc Goddard was forced to stop the bout, deeming the canvas too slippery for the fight to continue, resulting in a no contest verdict.

While some wondered if the lack of a definitive finish would leave Dalby unsatisfied, the veteran welterweight knows the unusual result brought more attention to the fight than it otherwise would have received and is happy with how things played out in the end. 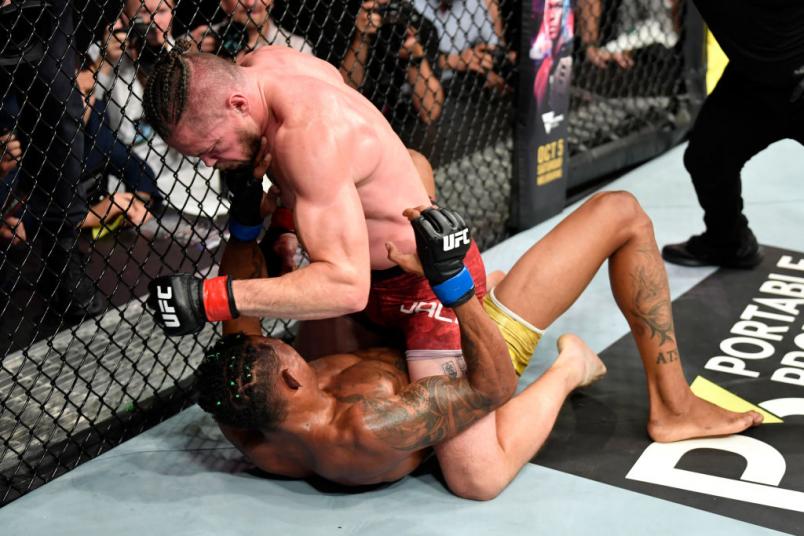 “I think this fight wouldn’t have gotten as much exposure if it hadn’t have ended because of too much blood,” he said of his clash with Houston. “And in the end, I got my UFC shot, as well, so I got what I wanted.”

The honest introspection that prompted his soul-baring Instagram post nearly three years ago has remained a key piece of Dalby’s life and training, with the avid social media creator remaining active on IG in the weeks leading up to this weekend’s bout with Rodriguez.

In addition to posting the standard post-training shots surrounded by sweat-drenched teammates, candid family photos, and quality memes, the thoughtful veteran has continued to share frank reflections from his training camp, detailing the various adjustments he’s made heading into this weekend’s fight with Rodriguez.

“For me, I need to make some mistakes in order to improve to a higher level,” began Dalby, who explained in one post that he’d been dealing with burnout as he prepared for his aborted fight with Danny Roberts in March and again ahead of his July engagement with Jesse Ronson on Fight Island. “I made a mistake in my last fight and even though I shouldn’t have, I let that get me down for a couple months, but then I got back into training.

“There are no secrets in what I changed: I had too many 100-percent training sessions too close to each other on a week, so consistently each week, I felt burnt out. I switched one training session — I took that out of the schedule — and switched one to another day, and it has made an insane difference.

“It’s what has been able to make me feel full of energy through this camp,” he added. “It goes to show that sometimes it’s nice to step back and reflect on what you’re doing and why you’re doing it, and see if you can make it better another way.”

Already excited to return to the Octagon and showcase the improvements he’s made since his last appearance, Dalby received another jolt of positive energy in the week leading up to UFC 255 when Rodriguez stepped in to replace the Dane’s original opponent, recent Contender Series graduate Orion Cosce. 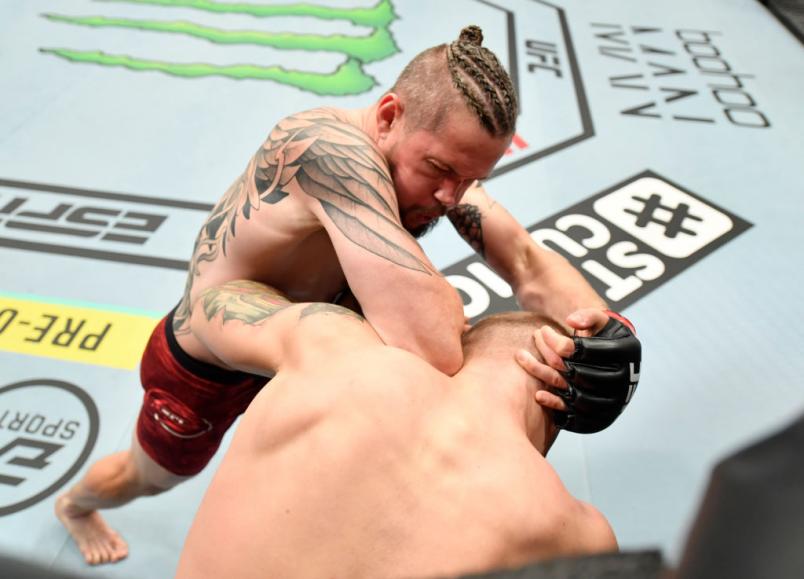 For Rodriguez, it’s a chance to compete after logging a full training camp in preparation to face Bryan Barberena, who was forced out of their bout earlier this month after undergoing emergency surgery a week before they were slated to square off.

Rodriguez has been one of the pleasant surprises of 2020 — a 33-year-old veteran of the regional circuit who earned a victory, but not a contract on Season Three of the Contender Series, only to string together three straight victories inside the Octagon beginning with a short-notice submission win over Tim Means back in February.

As for Dalby, he views the new pairing as a win-win proposition.

“They’re both southpaws,” Dalby said of Rodriguez and Cosce before noting the differences in the way they throw strikes. “Not saying they have truly similar styles, but we didn’t have to re-work everything in our game plan. This fight is definitely win-win for me compared to my previous matchup, so I’m pretty happy about it.

“I like the higher potential payoff of a fight like this,” he admitted. “The risk is always going to be there, but it’s always better to get that win-win fight where you’re facing someone who has a level where even if you lost to that person, it would be, ‘Yeah, well,’ like my return against Alex Oliveira, and then if you win, it’s going to bring you a step forward.”

Stepping forward is something fans have always been able to count on Dalby doing whenever he competes.

Whether during his twin stints as a Cage Warriors champion or during his tandem runs on the UFC roster, “Lokomotivo” has long been viewed as a fan-friendly, action fighter; a must-watch attraction who leaves a piece of himself inside the cage each time he makes the walk.

Though he lost some of that fire during the tail end of his first UFC run, the talented veteran rekindled that fire when he rededicated himself to his craft and has been must-see TV ever since, and it should be more of the same on Saturday night.

“You can expect a fast and ferocious fighter that is going to come in and fight for his spot in the UFC; that’s what is going to happen on Saturday,” he said. “I’m just going to do my thing.

“I’m not going to predict any certain finishes, but usually, if I fight my fight, openings will come, and I will take it when it comes.”