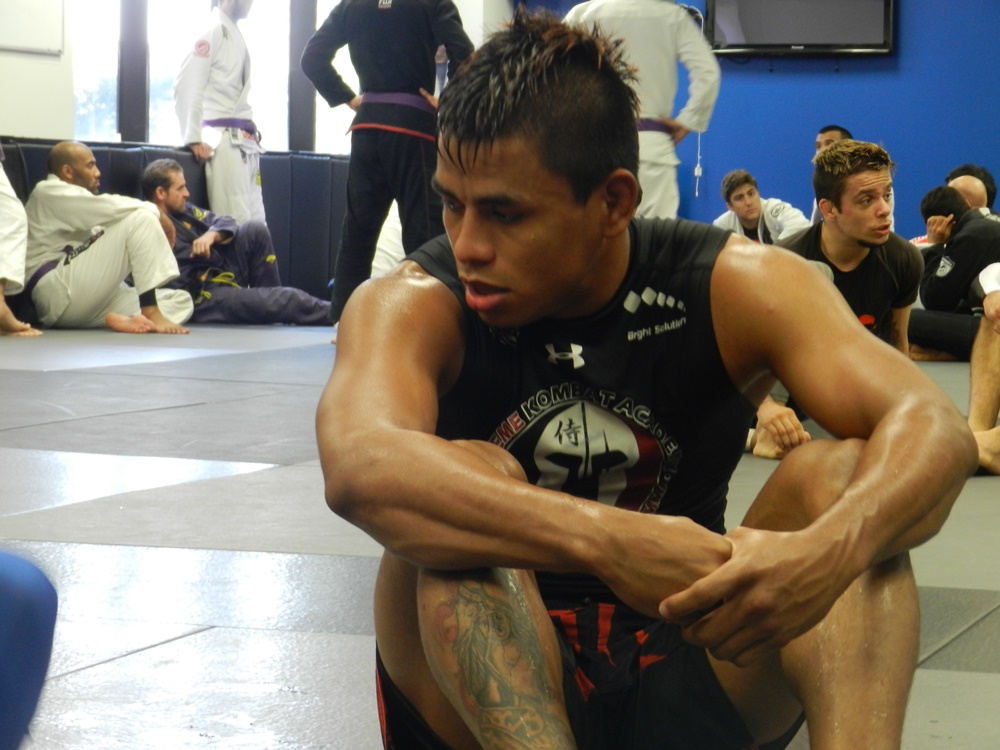 When it comes to combat sports in Nicaragua, the first two names likely to crop up are former world boxing champions Alexis Arguello and Ricardo Mayorga. The former was a beloved Hall of Famer known for his gentlemanly demeanor in and out of the ring, the latter for his outside the ring antics and wildman attitude.

If all goes well for The Ultimate Fighter Latin America featherweight finalist Leonardo Morales, one day he may be seen in the same light as the aforementioned Arguello and Mayorga, but in the realm of mixed martial arts. As for the path he would like to follow, it’s no surprise that the Managua native chooses the late great Arguello.

“He represents for me a respectable fighter that also made a difference in my country,” Morales said through a translator. “He’s a figure that I admire greatly. It is very important that at the end of the day we respect any opponent who gives their best and gives a clean fight.”

Mature words from a 21-year-old, but it appears that he has already taken on the responsibility of being the MMA ambassador for his country, a task aided by his impressive showing on TUF LATAM, where he stopped Masio Fullen and decisioned Gabriel Benitez to become the lone representative of Team Werdum in Saturday’s final in Mexico City.

“I have the support of my country and I think MMA will grow in Nicaragua a lot with this whole experience for me. (On TUF LATAM) I learned new techniques, met other fighters, and it was a very good experience. Today I thank God for giving me the opportunity.”

During the show, the unbeaten Morales didn’t act like a typical 21-year-old locked into a house with 15 other fighters, far removed from the outside world. He was all business from the start, and that attitude paid off for a young man who has been studying martial arts since he was seven, beginning with Taekwondo, which he holds a black belt in.

Once he received that black belt, he transitioned to mixed martial arts, but he still didn’t know if it was something he could make a career in. But now, just a little over two years after turning pro, he’s on the verge of a UFC contract and yes, a career.

“My goal came in such a short time that it was a surprise to me, but now that I have it, I will not ever let it go.”

Standing in his way is fellow young gun Yair Rodriguez, a 22-year-old from Mexico who brings the same potential for big things as Morales does. “Chimy” describes his foe as “a very creative fighter,” and with Morales being versatile in his striking attack, this matchup has clear Fight of the Night potential.

After that, well, Morales isn’t thinking that far ahead.

“I can’t imagine what it will be like,” he said when asked how winning TUF LATAM would change his life. “I'll have to experience it to know. I only think that things will be very positive for me and my family.”

Alexis Arguello would be proud.