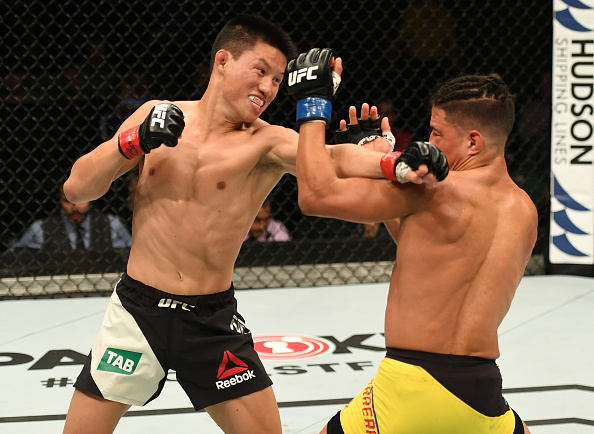 Ben Nguyen was ready for his close-up, an Auckland clash with No. 1-ranked flyweight contender Joseph Benavidez. So when Benavidez was forced from this weekend’s bout due to injury, the 12th-ranked 125-pounder in the world was understandably crushed. But the show goes on for Ben “10,” who now faces Tim Elliott at Spark Arena.

“The change in opponent really disappointed me,” Nguyen said. “I really wanted to fight Benavidez and I was looking forward to that challenge. But Tim Elliott is also a very tough opponent; he went five rounds with the champion and won The Ultimate Fighter. So he’s a tough dude.”

And a nightmare style matchup for anyone, simply because no one – possibly even Elliott – knows what he’s going to do next. That’s exciting stuff for the fans watching the bout, but for the guy in the Octagon with him, that can take some getting used to. So when asked what difficulties Elliott brings to the fight, Nguyen doesn’t hesitate to say, “His weird, funky style. He’s unconventional and doesn’t really have set patterns, for the most part. But we’ve picked out a few things that he does do repeatedly, and we’ve been working towards mitigating that stuff and how we’re going to win this fight. It should be good.”
More from Fight Night Auckland: Hunt still loves fighting | Auckland Fantasy Preview | Lewis just one punch away

Nguyen laughs, knowing that figuring out the Elliott puzzle may be even more difficult than tackling Benavidez, at least stylistically. And he’s only got 15 minutes to do it. But Nguyen is confident that he’s going to get the job done.

“I think I adapt really well to certain circumstances, especially unfavorable circumstances,” he said. “That’s what it’s going to be about, adapting to what he gives me and being composed under that pressure. With my striking and my takedown defense, I can hit targets with my eyes closed. I’ll be all right.” 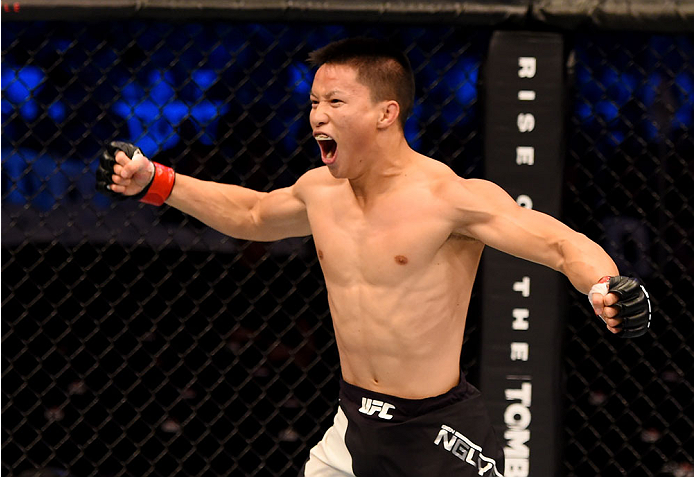 If he sends Elliott back to the United States with a loss, it will be the biggest victory of Nguyen’s MMA career, and he gets to do it Down Under, where he has been adopted by the folks there since moving to Brisbane, Australia a few years ago. But as the South Dakota native points out, at this point, he has become a citizen of the world.

“I have so much support,” he said. “I don’t necessarily represent one country - I’m American with a Vietnamese background and now I live in Australia - so I attract different groups of people and different cultures. The Aussies, man, they love me (Laughs). They’ve adopted me, and I feel like I’ve adopted them. I eat vegemite now, so all is good (Laughs). They support me one hundred percent and treat me as one of their own. I’m really looking forward to putting on another show for them - and everyone else watching.”

Putting on a show has never been an issue for the 28-year-old, who has gone from a prospect with a knockout that went viral to a serious contender in the UFC. All in a little over two years.

“It’s been life changing, for sure,” Nguyen said. I went from being broke - I had maybe $50 in my bank account before I fought two years ago - to being able to support myself comfortably. So it’s been a rollercoaster. I’ve had major ups and downs, coming away with three wins and one loss. It’s been a fun, up and down rollercoaster. Obviously, I would prefer to be 4-0, but I wouldn’t trade the last two years for anything. I’m very grateful for the opportunity the UFC has given me.”