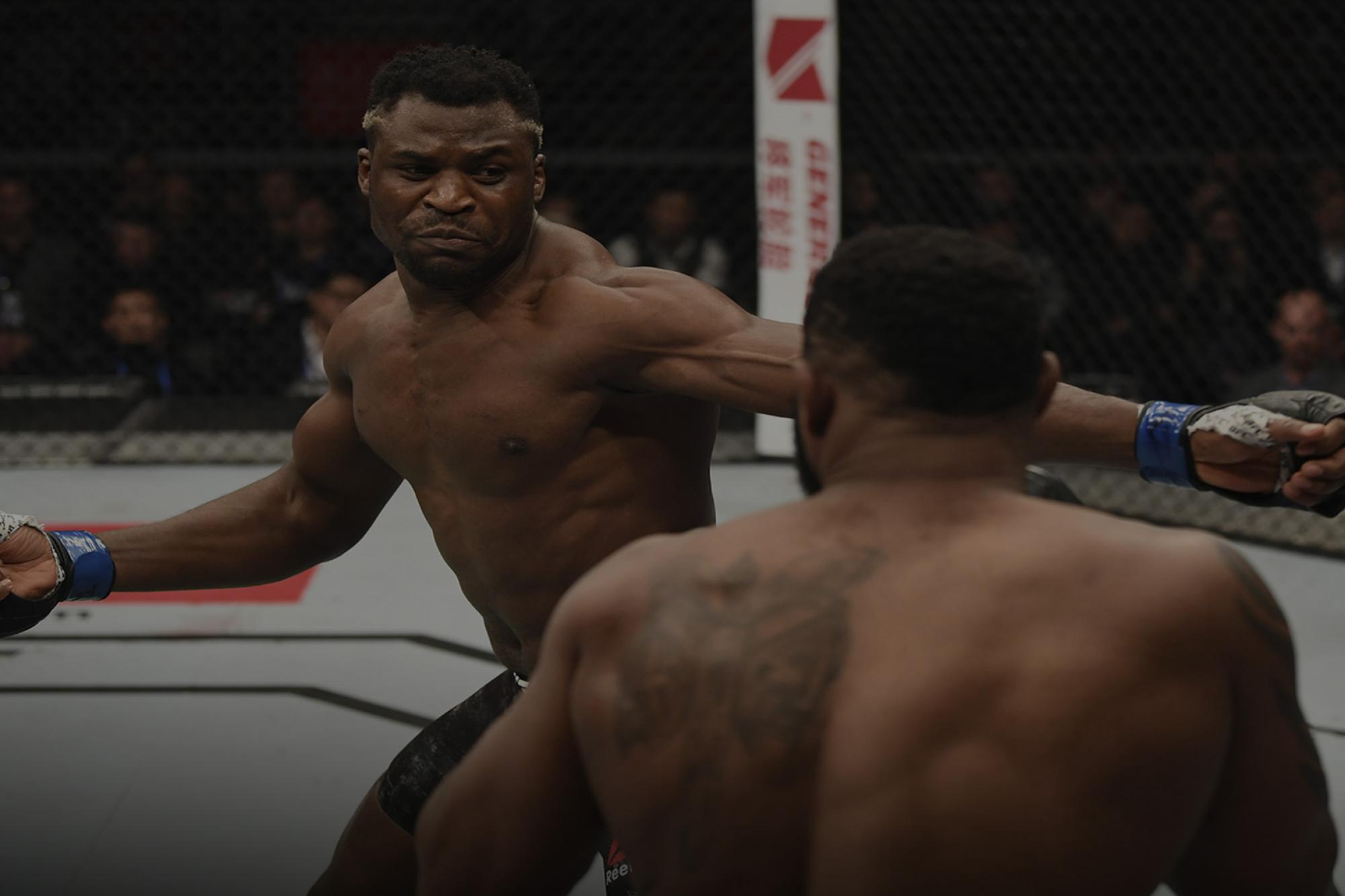 Francis Ngannou finished off his 2018 campaign in epic fashion when he returned to the Octagon in Beijing on Saturday
By E. Spencer Kyte • Nov. 24, 2018

A lot has changed in the two-plus years since Curtis Blaydes and Francis Ngannou squared off in Zagreb, Croatia

At the time, both were heavyweight neophytes — the former making his first walk into the UFC cage, while the latter was making his sophomore appearance on the big stage — and although both showed promise, no one was quite sure how are they would ascend up the heavyweight ladder or how quickly they might establish themselves as contenders in the veteran-laden landscape.

Ngannou would register four straight first-round stoppage wins over the next 20 months to earn a shot at the heavyweight title, while Blaydes climbed the ranks behind him, registering a four-fight unbeaten streak of his own heading into 2018, but that is where their paths diverged.

While Blaydes earned impressive victories over veterans Mark Hunt and Alistair Overeem to establish himself as one of the top contenders in the heavyweight division, Ngannou suffered back-to-back losses, coming up well short in his bid to claim the title from Stipe Miocic before dropping a unanimous decision to Derrick Lewis in a performance that was memorable for all the wrong reasons back in July.

Saturday in Beijing, the heavyweights heading in opposite directions crossed paths for a second time.

And it was over quickly.

Ngannou rocked Blaydes with the first power shot that he threw, taking the Colorado-based fighter’s legs out from under him. As Blaydes tried to recover and searched for a desperation single leg, Ngannou continued to rain down punches, forcing referee Marc Goddard to step in and halt the contest less than 60 seconds after it started.

“It feels really good,” said Ngannou following the victory. “It’s been a hard time, but I’m back. 2018 was a very hard year for me, but I found myself. I have learned more in this year than in my entire career.

“I promised a show and I promised the people of China a show and I set my mind to it,” he added, before setting his sights on a few fellow heavyweights for next year.

“Junior Dos Santos owes me one fight,” he said. “And then I’m looking for Alexander Volkov, also revenge against Stipe Miocic. That fight, I didn’t do well and I really want to fix it.”

Official Result: Francis Ngannou def. Curtis Blaydes by TKO (punches) at 0:45 of Round 1