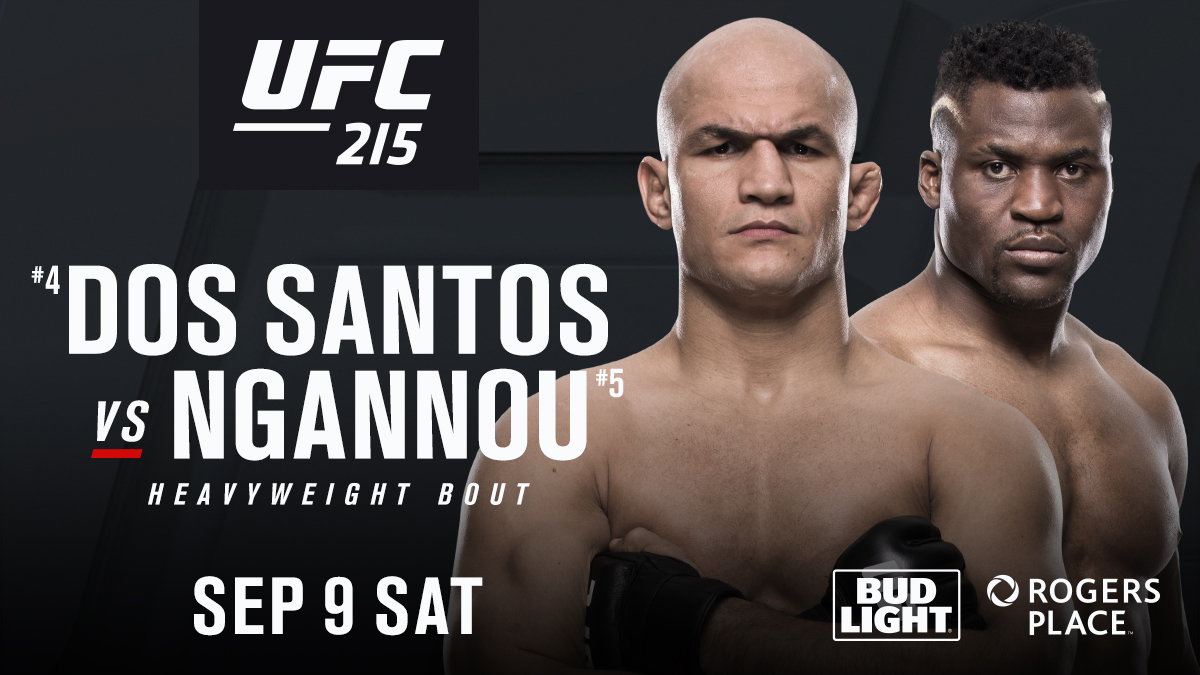 In his first bout since challenging Stipe Miocic for the UFC heavyweight title in May, former champion Junior Dos Santos will attempt to stop the rise of French contender Francis Ngannou in a UFC 215 showdown to be held at Rogers Place in Edmonton, Alberta, Canada on September 9.

Currently ranked fourth in the heavyweight division, the 33-year-old Dos Santos is one of the sport's most popular fighters outside the Octagon and one of the most feared inside of it. A former titleholder who owns wins over Miocic, Cain Velasquez, Frank Mir, Mark Hunt and Ben Rothwell, "Cigano" fell short of regaining his crown in his UFC 211 rematch with Miocic, but he can get back in line for a rubber match with the champ with a win over Ngannou.

France's Ngannou has captivated fight fans since his UFC debut in late 2015, and that's not surprising, considering that he's gone 5-0 with five finishes in the Octagon thus far. Fresh from a 92-second TKO of Andrei Arlovski in January that earned him his second consecutive Performance of the Night bonus, "The Predator" hopes to take out another former heavyweight champ this September.

In other UFC 215 news, it was announced that light heavyweight veteran Ilir Latifi will face unbeaten Australian phenom Tyson Pedro in a clash of 205-pound contenders.