The Next Level of Te Edwards

The power has been Edwards’ calling card thus far, but after Madge survived his thunder, he’s ready to show off the rest of his game in Brooklyn. “We're gonna see some next level Te Edwards.”
By Thomas Gerbasi • Jan. 4, 2019

Losing wasn’t on the agenda for Te Edwards when he faced Don Madge in October. It never is for any fighter, but someone has to walk away without the victory, and on this night in Moncton, he was that guy, as he suffered his first defeat in over four years against the South African.

It’s part of the game, and Edwards knows it, so he didn’t lower the shades at home in Arizona and sit and mope for the last two months.

“No, nothing like that,” he laughs. “I've competed for a long time, throughout wrestling and at a high level. It's not my first time losing in front of thousands of people; it probably won't be my last. So it's all in perspective. It's a high-level sport, we're all competing against the best athletes on the planet, so it's not like we're gonna win every time. Ideally, that's the plan, but if that doesn't happen, you have to acknowledge that it's part of the sport.

“I've given out lots of ass whuppings, I've laid a lot of people out, put 'em on highlight reels, so I was eventually bound to get mine back,” Edwards continues. “Somebody was gonna be good enough to dish one back out to me. It happens. I was going out there and looking for the highlight and if I would have connected on one or two, it could have been 50k the other way, but that's not how it went.”

Edwards and Madge wasted no time getting after it in their bout, and they kept the pace fast until Madge ended matters 14 seconds into the second round. It wasn’t the way Edwards pictured his UFC debut going after he scored his own highlight reel finish of Austin Tweedy on Dana White’s Tuesday Night Contender Series in June, but in freely discussing the loss, he seems to be one of the more well-adjusted prizefighters around.

“You've just got to be honest with yourself,” said the 28-year-old. “I got to this level and you can put on this facade and have this 'I'm invincible' mentality, which is good to have sometimes. But being real with yourself, everybody has lost at some point unless you're (UFC lightweight champion) Khabib (Nurmagomedov). If it doesn't happen, awesome, But you've gotta be prepared. You might lose, and if you do, that shouldn't change anything. Your confidence shouldn't go anywhere, you shouldn't lock yourself in a room, abandon all your game plans, abandon all your skills and re-try everything you've ever done. You're successful, you're good, but everybody has their day. There are so many variables that go into whether you're gonna win or lose. All you can do is go out there, put on the best performance you can and train to your abilities, and try to put your dominance on another guy. If it doesn't go that way, then it doesn't, but you can't get too wrapped up in whether you take a loss or not.”

See? It’s a maturity Edwards owes to more than one factor, but the biggest one is being a father and realizing that as important as fighting is to him, it pales in comparison to his responsibilities at home. That hit home in the locker room after the Madge fight. 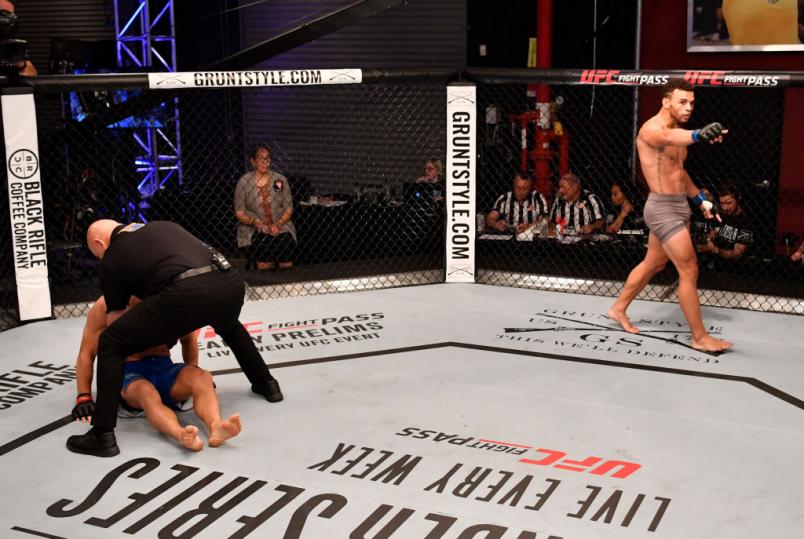 “Right after the fight, my phone was blowing up,” he said. “I was frustrated and annoyed and I turned my phone off. And it took me about ten minutes with my phone being off before I was like, 'My son's back home, and he's with his mom, and I don't know if something could go wrong or he could be sick or something could happen, and they might need to contact me and I'm over here feeling sorry for myself with my phone off and I could miss out on something very important. So you need to suck it up, take your loss like a man and turn your phone back on in case something really important happens. You still gotta be a man and a father. You can't whine and cry because somebody gave you a shin to the face.”

Edwards chuckles, and it helps knowing that he won’t have to wait long for a second chance to make a first impression, as he will travel to Brooklyn to face Dennis Bermudez on January 19. That’s a big fight for a prospect with only eight bouts under his belt, and he’s embracing it.

“It's reassuring,” he said. “It shows that the UFC has faith in me and believes in my talent and abilities. And we're going to fight. Even with how everything went with the last fight, I still went out there, stood toe-to-toe, threw bombs, fought out of hard positions and put on a show. We were there to fight and definitely gave the fans something to watch. Don got the 50k bonus, so somebody got it and it wasn't like one of those forgettable fights. A big part of this sport is entertainment, so as long as I’m putting on good shows, that's half the battle. The other half is getting my hand raised.” 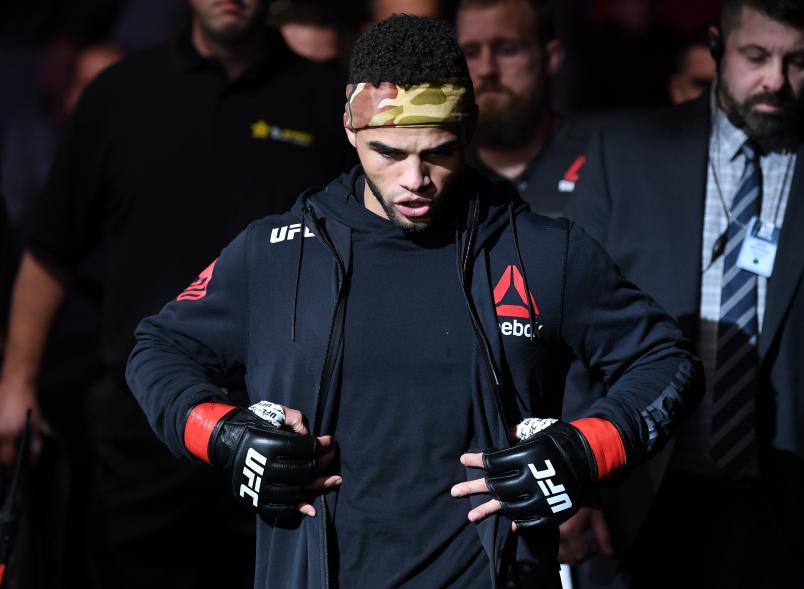 It’s an interesting matchup, considering Bermudez is returning to the lightweight division after a long UFC run at featherweight, and Edwards is more than eager to welcome “The Menace” back to 155 pounds.

“I'm pretty heavy handed, and I think if I get my hands on him, it's a much different kind of strength and power that you don't really see at '45,” Edwards said. “So it's definitely gonna be a combination of size, length and power that he might not be too familiar with recently.”

Ah, the power. It’s been Edwards’ calling card thus far, but after Madge survived his thunder, he’s ready to show off the rest of his game in Brooklyn.

“We're gonna see some next level Te Edwards,” he said. “I said it before: once guys started getting past the right hand or I had to improve my game, then I would. I wasn't gonna change anything up until I had to. Don got past the right hand, so now I'm upping my training ten-fold, working on a million other things. You're gonna see a lot more for me to bring to the table now. I don't know if it's better for the lightweight division that I lost, because now I want to dominate guys that much more and I'm that more dedicated. So we're gonna see a lot more in terms of my arsenal and my toolbox.”