The Latest NFT Packs From The UFC & Dapper Labs Sell Out Immediately
Feb. 15, 2022

In the lead up to UFC 270: Ngannou vs Gane, UFC announced a new major deal with Dapper Labs, makers of NBA Top Shot and NFL ALL DAY. In January, the Vancouver company launched 100,00 packs of UFC Strike for fight fans to purchase, and after an incredibly successful launch of “Fully Loaded”, 30,000 more packs were released on February 15.

The result? Another sell-out, making UFC Strike a resounding knockout among fight fans around the world.

If you’re new to the game, for a starting price of $50, fans can collect, trade, and sell some of their favorite moments from inside the Octagon on ufcstrike.com. Check out the list of tiers and how many NFTs are minted for each below. 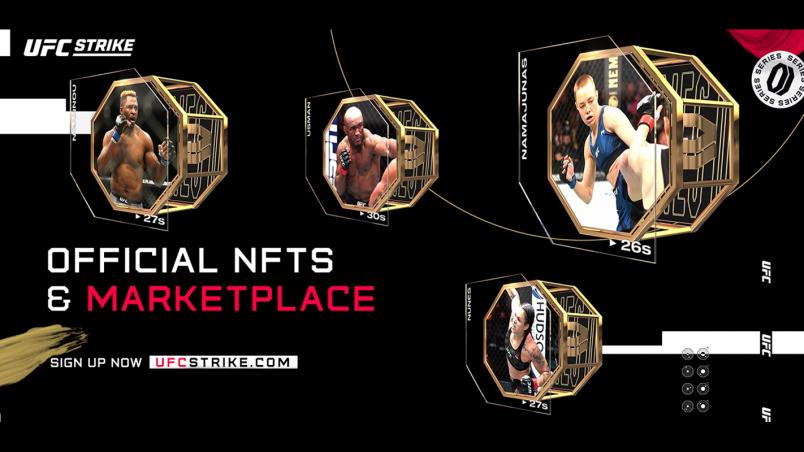 In addition to the packs already available and soon to hit ufcstrike.com, fans will be able to buy, collect, sell, and trade on the newly launched UFC Strike Marketplace. And that’s where the fun really begins, as collectors who missed out on the initial pack launch of “Fully Loaded” won’t miss out on owning their favorite iconic moments.

How iconic? Each unique, serialized clip allows fans to own some of the greatest moments inside the Octagon, from the most memorable knockouts to the slickest submissions, complete with audio clips from UFC commentators Joe Rogan, Daniel Cormier, and Jon Anik.

And there’s not a dud in the bunch, as each pack gives collectors a chance to own “Contender” or “Champion” tier moments featuring all the stars UFC fans demand. Want to know a little more? How about this lineup of the Top 10 UFC Strike Moments?

1. Francis Ngannou (Champion tier) – UFC heavyweight champion Francis Ngannou has a full highlight reel, and one of his greatest finishes was his knockout of Alistair Overeem with an uppercut heard ‘round the world.

2. Rose Namajunas (Champion tier) – “Thug” Rose Namajunas made history when she regained the UFC strawweight title, but it’s the way she finished Zhang Weili in their first bout that garnered a stack of headlines. 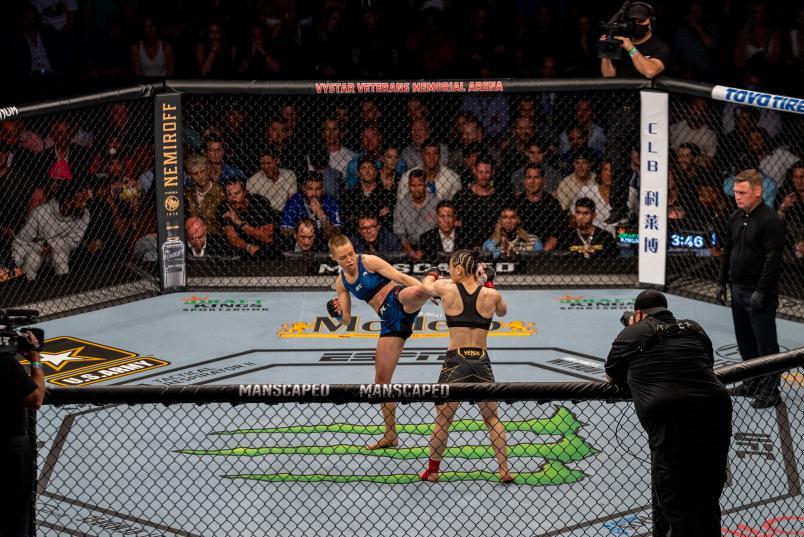 3. Jiri Prochazka (Contender tier) – Already an international star, Jir Prochazka added to his resume in the UFC in 2021 with an emphatic finish of top light heavyweight contender Dominick Reyes.

4. Derrick Lewis (Contender tier) – Derrick Lewis owns the record for most knockouts in UFC history, and his finish of fellow heavyweight contender Curtis Blaydes shows why you can’t blink when watching one of his fights.

5. Francis Ngannou (Contender tier) – When you’re the baddest man on the planet, you get two spots in the top ten, and that’s why fans have embraced Francis Ngannou’s knockout of Jairzinho Rozenstruik.

That’s just a sample of what’s available, with stars like Michael Chandler and Paddy Pimblett just missing the Top 10 with their memorable moments. And yes, the first two pack launches have sold out, but while you wait for the next launch, you can catch up on what you missed by visiting the UFC Strike Marketplace. While there, you can interact with your fellow collectors, trade moments, sell your own moments, or buy ones that you’ve missed. It’s another way to get closer to the action than ever before as you become the ultimate and undisputed fight fan by owning these iconic moments from inside the Octagon.