If the names at the top of the UFC lightweight division weren’t already looking over their shoulder, keeping tabs on Dustin Poirier as he rocketed up the rankings with four straight dominant performances, they should be taking note now because “The Diamond” has even more to fight for heading into his main event assignment against Michael Johnson this weekend in Hidalgo, Texas.

Poirier and his wife Jolie recently welcomed their first child, and while the Louisiana native has never lacked motivation, the proud new papa admits that the arrival of his daughter has kicked things up a notch as he preps for this weekend’s showdown with “The Menace.”

“It’s always been serious,” begins Poirier, who has surged to No. 7 in the rankings on the strength of four straight victories since decamping from the featherweight division. “But It’s one thing to do it for yourself and it’s a whole other motivation and drive when you’re doing it for somebody that you love and somebody that’s depending on you. So I’m just working my ass off, man, and I believe in myself more than ever.”

The talented 27-year-old has every reason to be brimming with confidence and self-belief.
RELATED CONTENT: Poirier in it to win it | Free Fight - Poirier vs Corassani | KO of the Week - Poirier vs Bobby Green

After several years as a fixture in the Top 10 in the 145-pound weight class, Poirier made the decision to return to lightweight following his first-round loss to Conor McGregor at UFC 178. The cut was sapping him of some of the spark that he always showed in the gym and the American Top Team product believed that not putting his body through the rigors of a weight cut would allow him to carry all of his power, speed and sharpness into the Octagon on fight night.

While it seems ludicrous now, there were questions of whether Poirier would be able to swim in the shark-infested waters of the UFC’s most talent-rich division, but after back-to-back first-round finishes elevated him to the brink of breaking into the rankings, a 15-minute drubbing of Joe Duffy made it clear that Poirier wouldn’t just be treading water in the 155-pound weight class.

He followed up that January victory with another first-round stoppage win in June, putting Bobby Green down for the count in under three minutes, setting up Saturday’s main event assignment.

“I feel great and I feel like I really coming into my own,” says Poirier, who first rose to prominence as the breakout figure in the critically acclaimed documentary Fightville. “I’ve been in the UFC a while now. This will be my 18th fight in the company and I’ve learned a lot of lessons. I’ve gotten better and more mature as a person and a fighter and now a father, and I’m excited for the future.

“Coming off four big fights, four big wins and the fun thing is that each fighter had a different threat; each opponent was a little different, so it was fun preparing for those challenges and it made me a better fighter each camp. I’m keeping all that with me going forward through this next one.

“I feel like I’m hitting a good stride, and to close out this year with another win – or maybe two more because I’d fight again in December; I want to stay busy – would be ideal.”

With Poirier riding a hot streak, the matchup with Johnson likely caught some fans and observers off guard as the 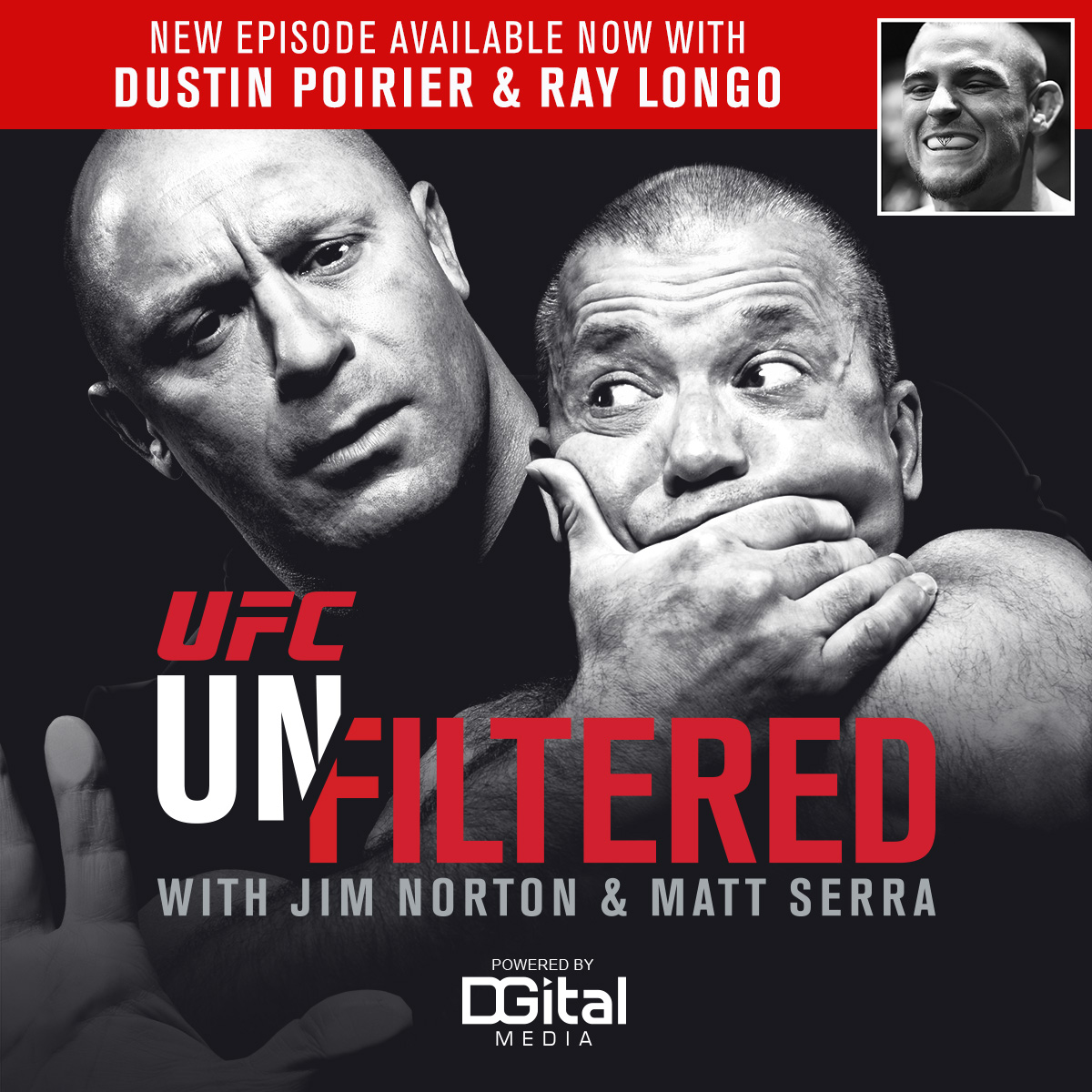 former Ultimate Fighter finalist officially enters on a two-fight losing streak, though most, including Poirier, feel like the judges got it wrong when the St. Louis native was handed a decision loss against Beneil Dariush last year.
Dustin Poirier joins the Unfiltered podcast

But his follow-up performance against Nate Diaz didn’t go particularly well either, leaving Johnson in a precarious position in a division where consecutive setbacks can send you tumbling down the rankings.

“He’s beat two guys who are currently at the top of the division in Tony Ferguson and Edson Barboza, but then you look at his record and he’s lost to guys like (Reza) Madadi and Jonathan Brookins, so we’ll see who shows up,” Poirier says, highlighting some of the inconsistency that jumps off Johnson’s resume at first glance. “I’m not those guys he beat or lost to; it’s a whole other fight. Styles make fights and every fight is a different fight. Me and him have never fought before and we’re going to do it (on Saturday).

“Honestly, when I look at him – I’ve been doing this a while now, man, and I fought a lot of good guys and, to me, he seems like an average fighter, but he has a strong will,” the 20-4 lightweight contender adds. “He sticks to the game plan well and does what he’s supposed to do in the fights that he wins. When he beat Edson Barboza, he stayed in Edson’s face, kept the pressure on and fought a smart fight; same thing with his other wins.

“He has the capability of beating the top guys, so we’ll see what happens, but I’m preparing for the best.”

He’s also preparing for a victory over Johnson to catapult him to the next level in the lightweight division and into position to receive an even greater push from the organization, one that he believes he’s more than capable of running with.

“You don’t win four fights in a row with finishes and then headline a card and beat a guy like I’m going to beat him and nothing happens; that’s not how this goes,” Poirier says. “You win four fights, you main event, win another one big and big things happen.”