The New England Cartel Is Here To Chase Belts

Under The Watchful Eye Of Tyson Chartier, Rob Font And Calvin Kattar Have Climbed The Ranks With Their Sights Set On Winning A Title For The New England Cartel.
By Zac Pacleb, on Twitter @ZacPacleb • Nov. 26, 2021

What’s formed organically often has the best chance of standing the test of time. Even in the notoriously unpredictable and, at times, volatile nature of the fight game, tried and true bonds forged in the daily grind of a fighter’s lifestyle grow sturdier with each trial. Sometimes, though, it takes breaking away from something safe to cultivate an environment where those organic synergies can flourish.

Five fights into his UFC career, Rob Font knew he wanted something a little different than what he was getting, so he approached Tyson Chartier and floated the idea of forming their own team. Chartier mulled the idea over in his head for a couple weeks and returned with an idea of a plan: a small group centered on Font’s chase for a title. The two brought Calvin Kattar, already Font’s main training partner, into the fold, and forged ahead on their own.

The move was initially met with skepticism — Chartier wasn’t an inherently known commodity in the sport, and to that point, Font and Kattar were having plenty of success. Font racked up four wins in five fights along with two performance bonuses, and Kattar took out Andre Fili in his promotional debut. Those doubts only increased when Font dropped his next fight to Pedro Munhoz, but eventually, the results started to come. At UFC 220 in Boston, Font knocked out Thomas Almeida, and Kattar followed two fights later with a knockout win over then-undefeated Shane Burgos.

Watch Font vs Jose Aldo Next Saturday On ESPN+

“No one knew who I was as a coach, and people kind of laughed at us,” Chartier told UFC.com. “People that I called friends up until recently were telling Rob, ‘What do you mean you're gonna go with Tyson? He’s going to be your coach?’ And he's like, ‘Trust me, he knows what he's doing.’ It's really just about staying humble and staying grounded and we put that process in play four years ago, and I truly believed in it. I believed in Rob’s skill, he believed in my skill, and together, there was synergy. And then, Calvin's on board and then we just start chipping away, having success. Now, all those people are, instead of talking crap, they're saying, ‘Well I used to help train those guys,’ or, ‘I taught him that years ago.’”

Although they were starting to shape themselves as a group, they didn’t quite have their identity established yet. Not until Kattar knocked out Ricardo Lamas at UFC 238 did that distinguish itself. While they waited in the Chicago airport for their flight home, Font found some inspiration from Rick Ross and proposed a new moniker for their team.

“We were kind of going with ‘New England MMA,’ but it was just so basic, so general,” Font said. “I was sitting down, waiting for the plane, and I threw on the Rick Ross CD, the first CD he put out, and just kept saying, ‘Carol City Cartel, Carol City Cartel,’ and I was like, ‘Wait.’ I put the New England in front of it.” 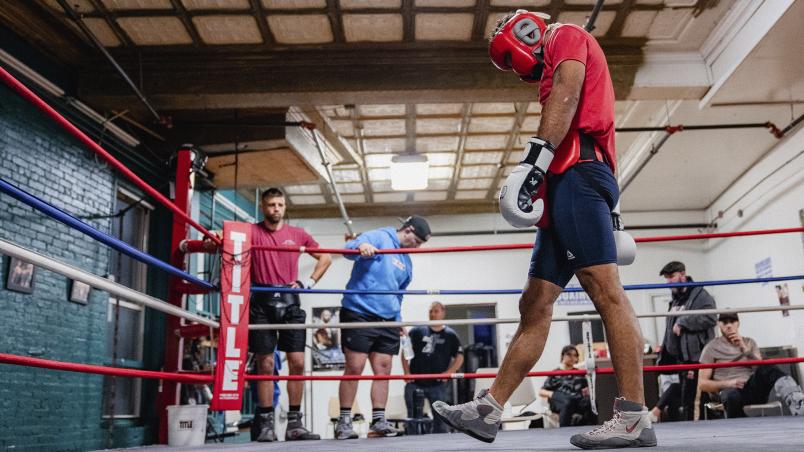 And just like that, the New England Cartel was officially born.

In the last couple years, Font, Kattar and Chartier have seen their big bet pay off. They’ve established themselves in the notoriously loaded bantamweight and featherweight title pictures, taken out big names and headlined fight nights.

As the spotlight got brighter, their circle remained small. In addition to Chartier, their group of coaches include Jake Mainini (Muay Thai coach), Sean Farley (boxing coach), Nick Fiore (jiu jitsu coach) and John Deupree (wrestling coach). Altogether, they formed a group that embraces the grind and minimizes any egos.

“We all kinda realized we all don’t really f**k with many people,” Kattar said. “I think the work found itself, just the guys that really want to push the pace, get the work done and find ways to get in that next session instead of getting out of it. We have a good crew of guys that are all about getting in the work and putting the work first, and the results speak for themselves.

“New England Cartel wouldn’t mean s**t if it wasn’t the individuals getting after it and representing that to the fullest,” he continued. “It’s not so much a name, it’s what we stand for and what we’re about, and it’s all about the work. In the most successful people, the proof is in the work, and we put that first, second and third.”

Currently, the Cartel trains together at Haverhill Inner City Boxing Club as well as a private space Font bought to do private lessons in early 2020. When the COVID-19 pandemic closed gyms down, they suddenly had a common space to work together.

Of course, seeing the same individuals on a daily basis doing the work fighters do can get tiresome, and it’d be natural to think tensions might build up and boil over, but that’s not the case. If you spend any time around the group, the chemistry – intellectually, athletically, and frankly, comedically – is clear as day.

“We can be mad at each other for whatever reason, and the next day, train like nothing ever happened,” Font said. “That’s probably when we’re close to the fight because of a weight cut or whatever. We don’t have those type of issues. I don’t foresee those type of issues either, and if we do, we get to spar, so you can handle it right then and there and squash any kind of beef or whatever that may occur. That doesn’t really happen as much.”

“I guess it’s because we get to beat the f**k out of each other all day,” Kattar added. “That probably keeps the tensions lower, at least at the end of training. You get it all out of your system, so if something is pissing you off, you’ll probably get it out of your chest during that session, and afterwards, you’re just grateful to have a glass of water at that point.”

Along with Kattar and Font, the Cartel sports a couple fighters making their way on the regional scene: Tom Pagliarulo and Fiore. Together, they cultivate an environment in which, as Kattar puts it, the “world revolves around” whoever has a fight coming up. When Font took out Marlon Moraes at UFC Fight Night: Thompson vs Neal, Kattar was alongside, carrying towels and catering to Font’s needs. A month later in Abu Dhabi, Font did the same as Kattar went to battle with Max Holloway in a main event to open up 2021.

It’s that kind of selflessness and helpful understanding that Font craved when he first approached Chartier, and it’s part of their formula to success.

“The biggest thing for me and for my coach, Tyson, was just being around people that really, really cared,” Font said. “You go to certain gyms, they’re just there to get the credit, get the name, money, whatever, trying to get members to the gym. With us, it’s just about the fighter. It’s just about making sure that we do whatever we have to do to make sure the fighter is comfortable and prepared for the fight. Fighting is a hard, hard sport, and if you’re not just focused on the fight, then you’ll always be two steps behind.” 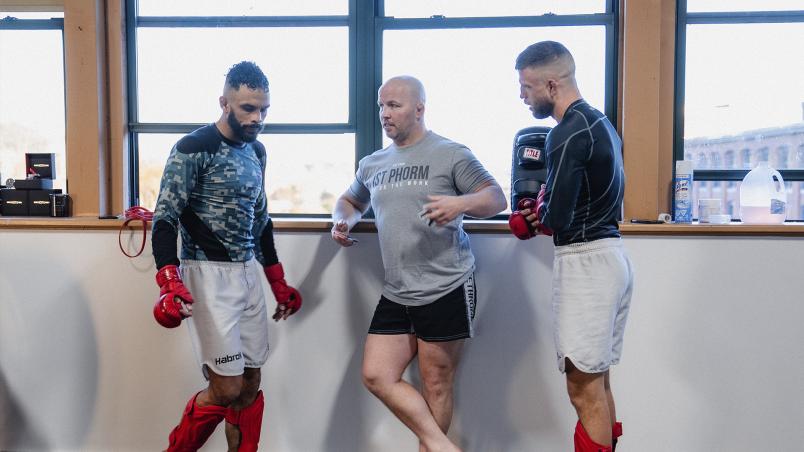 The New England Cartel is a team you just know feels the wins and losses with another on a deep level. Ahead of fights, they often head out to the host city a week early to put the finishing touches on a camp.

“You partner with the right fighters and the right coaches, you don't get mad at each other,” he said. “We crave that time. We go out to fight a week early because that time together, there's synergy in that, there's growth at that last week of fight camp and that one little thing clicks that wouldn't have if we weren’t out there. The bond that that this coaching staff and the fighters have, it's unlike anything other.”

Get Ready For UFC Fight Night: Font vs Aldo

Both fighters sit well-established in their respective divisions’ Top 5, just one or two big wins from a title shot, which is what why they formed the New England Cartel in the first place. To probe about the future of the team is to essentially ask what is expected from Font and Kattar in the next few years, and at 33 and 34 years old, respectively, they’re laser-focused on creating big-moment opportunities and taking advantage of them accordingly.

“(We) started as possible opponents and grew into training partners, and now, it’s family” Kattar said. “I consider him and the team family. I almost see him more than my immediate family nowadays, just riding the momentum and sticking with people that are about it, getting after it, chasing down the same goals as I am, and I’m fortunate to have a team around me that I feel confident going into battle with the best guys in the world.”