A New Day for David Mitchell

"The fans want to see great fights on the ground, but also standing, and
they want to see knockouts, and that’s what I’m coming for." - David Mitchell 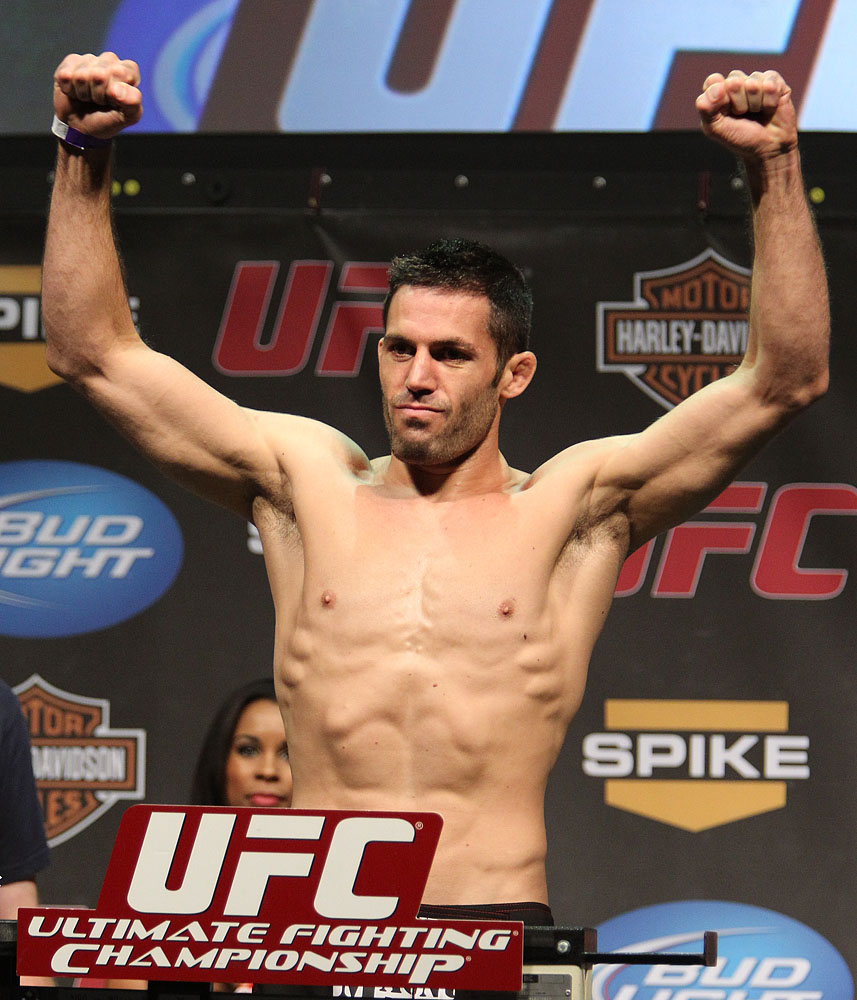 “The UFC jitters are real,” he said. “And hopefully they’re gone.”

He chuckles about it now, but his three round unanimous decision loss to fellow grappler TJ Waldburger on a UFC Fight Night card in Austin, Texas was anything but a laughing matter at the time. It was Mitchell’s first loss in 12 pro outings, yet despite putting up a stellar effort in an exciting back-and-forth ground war that, according to FightMetric, set a new UFC record for most combined submission attempts (13), “Daudi” wasn’t accepting any moral victories.

“I wanted the instant win,” he said. “I wanted to talk to (UFC President) Dana White more than I wanted to fight and I just tried to grab a quick submission and I kind of exhausted myself. After that, I was in survival mode, trying to grab submissions, and I was exhausted. My camp was good for the fight, but it’s all mental really if you can’t stay calm and keep your heart rate at a reasonable rate. There’s something about being in the UFC Octagon and my heart was just hammering away. But I fought the best that I could. The one thing I showed in that fight was some heart, because I was exhausted. He almost had me in a few different submissions and it never crossed my mind to tap out.”

Not surprisingly, the first thing on the mind of the Berkeley, California native was to get back in the Octagon as soon as possible to erase the memory of his first loss. The UFC granted his wish, and he was matched up with comebacking Mike Swick on January’s Fight for the Troops 2 card. But that fight fell by the wayside when both fighters got injured, putting Mitchell back where he began.

“That was the first time I signed on the dotted line for a fight and was unable to compete,” he said. “That messed with my head. I’m a man of my word – I sign on that line, I want to compete, but it just wasn’t possible. So that bummed me out and it took me a few months to really start sorting the injury stuff out and start to heal and get that desire again.”

Luckily for Mitchell, if anyone knows what it’s like to get in that injury-induced funk where the only thing you want to do is fight but your body won’t cooperate, it’s his trainer and fighting mentor, former UFC middleweight contender David Terrell. So there was good advice waiting for him after he lost for the first time and after he was sidelined by injury.

“David Terrell’s been a great support to me, and he’s been through it all,” said Mitchell. “He’s been a good friend and he’s let me know that there will be days like this. He said you’re not gonna go undefeated in this sport forever, so you just gotta bounce back and keep fighting.”

So that’s what Mitchell did, and if he needed another reality check, he got one every morning at 5am as he got ready for a day of training at Fairtex Bangplee in Thailand this past March.

“Man, some of those kids, the way they snap those kicks, I’d be up early in the morning, and before I even got out of bed at 5 in the morning, I could hear them just hitting those bags.”

For those kids - many teenagers, but some even younger - fighting is the only way out of a life where opportunities are few and far between. For the 31-year old Mitchell, it was a reminder that he’s in a prime position – not just in fighting, but in life.

“I feel extremely blessed every day,” he said. “I got into mixed martial arts because it was something I was in love with, and I love to train. All I wanted to do was learn a new jiu-jitsu move, hit the bags, run the hills as hard as I could, and that’s all I wanted to do every day all day. I’ve been blessed with the financial stability and a great team to be able to do that, and very few people in the world have that opportunity or have the opportunity, ability and mindset to make it all the way to the UFC. So I feel like I’ve already accomplished a lot already, and I just feel so blessed. I traveled around Southeast Asia and I saw the heart of darkness, the poorest of the poor, and these people don’t have a lot of opportunities.”

The visit re-energized Mitchell, and right on time, as he was presented with a fight on this Saturday’s UFC RIO card against Brazil’s own Paulo Thiago. Regardless of what Mitchell may have thought of his performance against Waldburger, the fact that he was going to be matched up with Swick, and now Thiago, shows that his stock has not fallen an ounce with the defeat. All that matters now is getting into the UFC win column against one of the top welterweights in the game, one whose only defeats have come to Jon Fitch, Martin Kampmann, and Diego Sanchez.

“He’s a tough guy,” said Mitchell. “His standup’s a little bit wide and his ground game isn’t particularly dynamic, but he’s an excellent, well-rounded fighter, a super tough guy, and a mean looking son of a gun.”

Mitchell laughs, and it’s clear that he’s in a better place than he was back in September. You could even say he’s a different fighter, and he plans on proving it in Rio.

“This year has been focused on getting better and getting ready to fight again, and here I am,” he said. “I’ve focused a lot more on standup and my boxing. It was so easy in my first few fights, I just tapped so many guys out it became routine. Go in, tap a guy out, one time it only took 28 seconds, and if you do the ratios, I was making a couple hundred dollars a minute in the small shows, and I got into the habit of doing that. I realize now that to compete at this level - this is the top level, the NFL, the NBA - you gotta be a well-rounded fighter and you gotta be dynamic and athletic in every aspect of the sport. So I’ve been working on being a more well-rounded fighter, being more comfortable on my feet and ready to exchange. The fans want to see great fights on the ground, but also standing, and they want to see knockouts, and that’s what I’m coming for. It’s like a whole new day.”