A New Chapter Begins for Silva with Sub of Koscheck 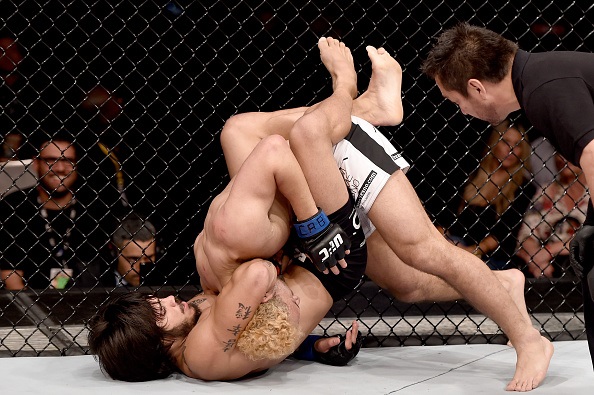 It took nearly four years, but in the UFC Fight Night co-main event at the Ginasio do Maracanazinho in Rio de Janeiro, Brazil on Saturday, Erick Silva put together his first two-fight winning streak in the UFC, submitting welterweight veteran Josh Koscheck in the first round.

The bout was Koscheck’s second in less than a month, as he made a quick return after a February 28 loss to Jake Ellenberger, replacing the injured Ben Saunders against Vila Velha’s Silva, a premier talent starting to show the consistency needed to make his way up the welterweight ladder.

Koscheck came out winging his patented right hand, and though he came up short, in a scramble he was able to lock Silva up against the fence. After a stalemate, referee Mario Yamasaki restarted the action, both subsequently missing with wild right hands. A quick left from Silva dropped Koscheck, and Silva transitioned into his opponent’s guard. Koscheck rose midway through the round and went back on the attack, but again got rocked by a left hand. In the final minute, Koscheck began to rally, but Silva fired back, and after rocking Koscheck once more, he locked in the guillotine choke that forced the former Ultimate Fighter competitor to tap out at the 4:21 mark.

With the win, the 30-year-old Silva improves to 18-5 with 1 NC; the 37-year-old Koscheck, who has lost five straight, falls to 19-10.
"I came to fight and it didn´t go my way," Koscheck said. "I've just got to reevaluate my career, everything that I have done and where I am at this point of my career and figure out what I am going to do. I have always told Dana that I always want to fight for him, anytime, anyplace, I did it again. We will go home, reavaluate life and see what´s next." 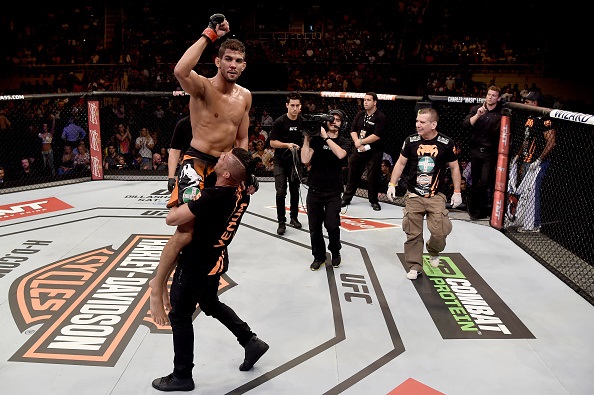 There was little notable action in the first round, and the crowd let the fighters know about it. The pace picked up in round two, with Santos finally getting the bout to the mat in the second minute. From there, the Jiu-Jitsu wizard went to work, and he closed the show quickly with a rear naked choke, the tap coming at 2:29 of the round. 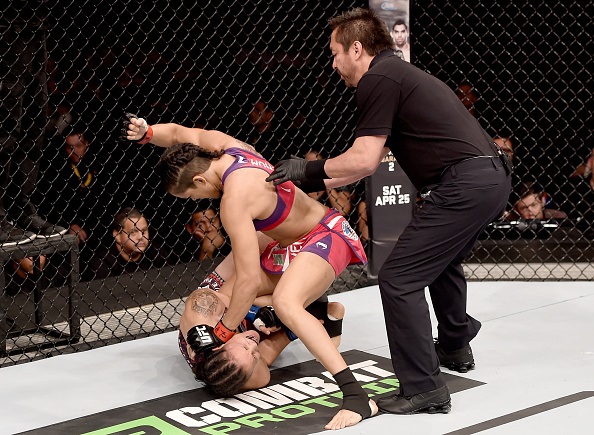 Bahia’s Amanda Nunes rebounded from her September loss to Cat Zingano in emphatic fashion, halting Shayna Baszler in the first round of their women’s bantamweight bout.

Nunes’ striking was on target from the start, rocking Baszler with several shots to the body and head. It was a kick to the left knee that brought an end to the fight though, as Baszler went down immediately, grabbing the knee in pain. Follow-up ground strikes brought in referee Mario Yamasaki to officially stop the bout at the 1:56 mark. 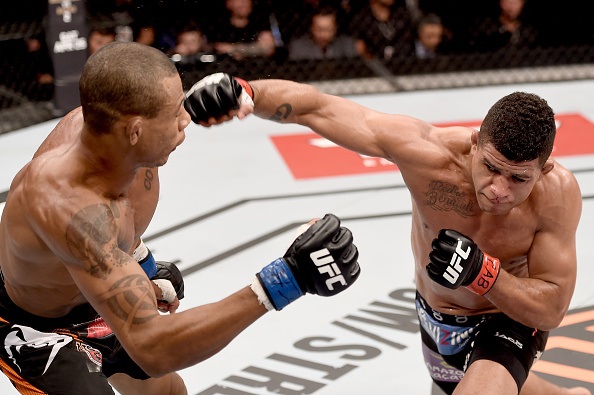 Hot lightweight prospect Gilbert Burns had to dig deep to defeat late replacement Alex Oliveira, roaring back from a rough two rounds to score a come from behind third round submission win.

A minute into the fight, Burns got a takedown, but Oliveira impressively got free and back to his feet against the Jiu-Jitsu black belt, going on to land a few strikes that added to his confidence level. As the round progressed, Oliveira continued to score with his punches, forcing Burns into a defensive shell.

Burns was more aggressive in round two, but a takedown attempt was fought off by Oliveira, who put his height and reach advantages to full use, continually tagging Burns and bloodying his face.

Taking the fight to the mat as soon as he got a hold of Oliveira in round three, Burns moved right into the mount position, and in a scramble he went for an omoplata, but Oliveira was able to escape. Burns kept looking for the submission, and eventually he got it, with an armbar forcing a tap out at 4:14, 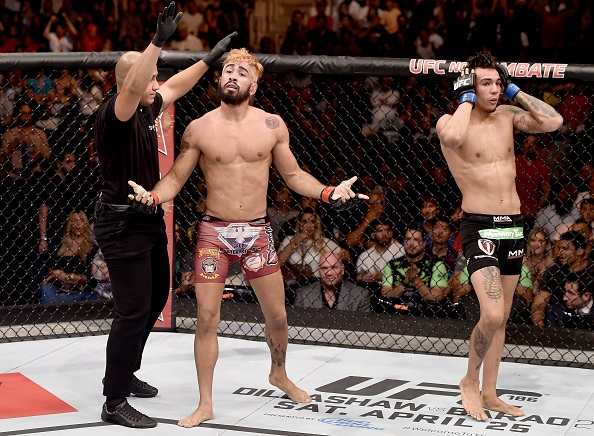 The resurgence of Brazil’s Godofredo Pepey continued in the main card opener, with the Fortaleza featherweight scoring his third consecutive finish, a first-round submission of Andre Fili.

After a measured opening minute, Pepey caught Fili napping in the clinch, jumping right into a flying triangle. Fili hung in tough for a while, appearing to find daylight to escape, but suddenly Pepey tightened things up and Fili tapped, ending the fight at the 3:14 mark.