A New Beginning For Renato Moicano

Brazilian Veteran Continues His Next Chapter In The Lightweight Division
By E. Spencer Kyte, on Twitter @SpencerKyte • Dec. 7, 2020

Back in March, long-time featherweight contender Renato Moicano made his first appearance in the lightweight division, venturing up to the talent-rich 155-pound weight class on the final fight card before the COVID-19 pandemic brought the UFC schedule to a momentary halt.

That night, in his hometown of Brasilia, the 31-year-old snapped a two-fight skid with a quick and efficient 44-second submission win over dangerous Bosnian veteran Damir Hadzovic. Surprisingly, when the two were separated and stood up, Moicano complained to Hadzovic about the lack of resistance he faced and how quickly he was able to secure the finish.

“I had trained too hard and too long,” Moicano said, reflecting on his reaction as he readies to make his second start in the 155-pound weight class this weekend opposite Rafael Fiziev. “My last fight before that bout was eight months prior, and I was training so hard for that fight.

“I watched a couple fights of his against jiu-jitsu guys and he did good at defending the back, so I was prepared to take his back, but I knew he would defend correctly.”

But Moicano didn’t encounter nearly much difficulty as he anticipated, and the months of hard training for less than 60 seconds of work left him feeling unsatisfied, resulting in his unexpected reaction, one that he now regrets.

“At the end of the day, I was wrong,” he added. “I should be glad to finish the guy fast.”

Moicano’s surprising post-fight frustrations garnered the lion’s share of the coverage coming out of his victory over Hadzovic, while many seemed to miss the fact that the already stacked lightweight division had added a new contender to its ranks.

Prior to his March debut in the 155-pound weight class, Moicano made eight appearances in the UFC featherweight division, amassing a 5-3 record, though his modest record doesn’t accurately reflect what the aggressive Brazilian accomplished in the 145-pound division.

Moicano began his UFC tenure with three consecutive victories, capped by a split decision win over divisional stalwart Jeremy Stephens. His first career loss came in the third round of a fight with Brian Ortega at UFC 214, a fight Moicano was winning heading into the final stanza.

He rebounded from his first professional setback with victories over Calvin Kattar and Cub Swanson before suffering back-to-back stoppage losses to longtime champion Jose Aldo and perennial contender Chan Sung Jung, so while he only went 5-3, he did so while facing elite competition every time out. 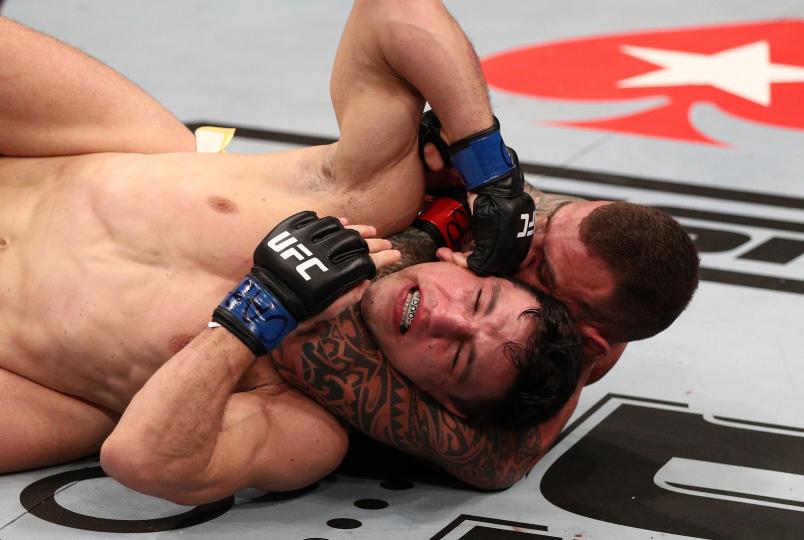 While onlookers and observers may have forgotten what he accomplished at featherweight, Moicano remains proud of his achievements and confident that he’ll be able to reach the same heights, if not greater, now that he’s no longer taxing his body to make the 145-pound limit.

“In my third fight in the UFC, I fought a Top 5 opponent at the time in Jeremy Stephens, and since then, I’ve just fought the best,” said the former featherweight contender. “I really don’t care about people’s opinion about my career. I focus on myself and I think after this fight, people are going to start to recognize me as a contender in the lightweight division.

“I think I can perform even better at lightweight than I was doing at ’45,” he added. “I know doing this is better for my body. Not cutting that kind of weight, I know I’m very good and I’m going to do well at ’55.”

MORE UFC 256: Inside The Octagon | Fighters On The Rise | Oliveira vs Lee Free Fight | Ferguson vs Barboza Free Fight

Following his impressive victory over Hadzovic and combined with his long-time residency in the featherweight Top 10, Moicano was hopeful that he would secure an opportunity against a ranked opponent in his sophomore outing in the lightweight division, but it didn’t come to pass.

Instead, the American Top Team representative squares off with Fiziev, a 27-year-old prospect that has rebounded from a loss in his debut to secure consecutive decision wins inside the Octagon. 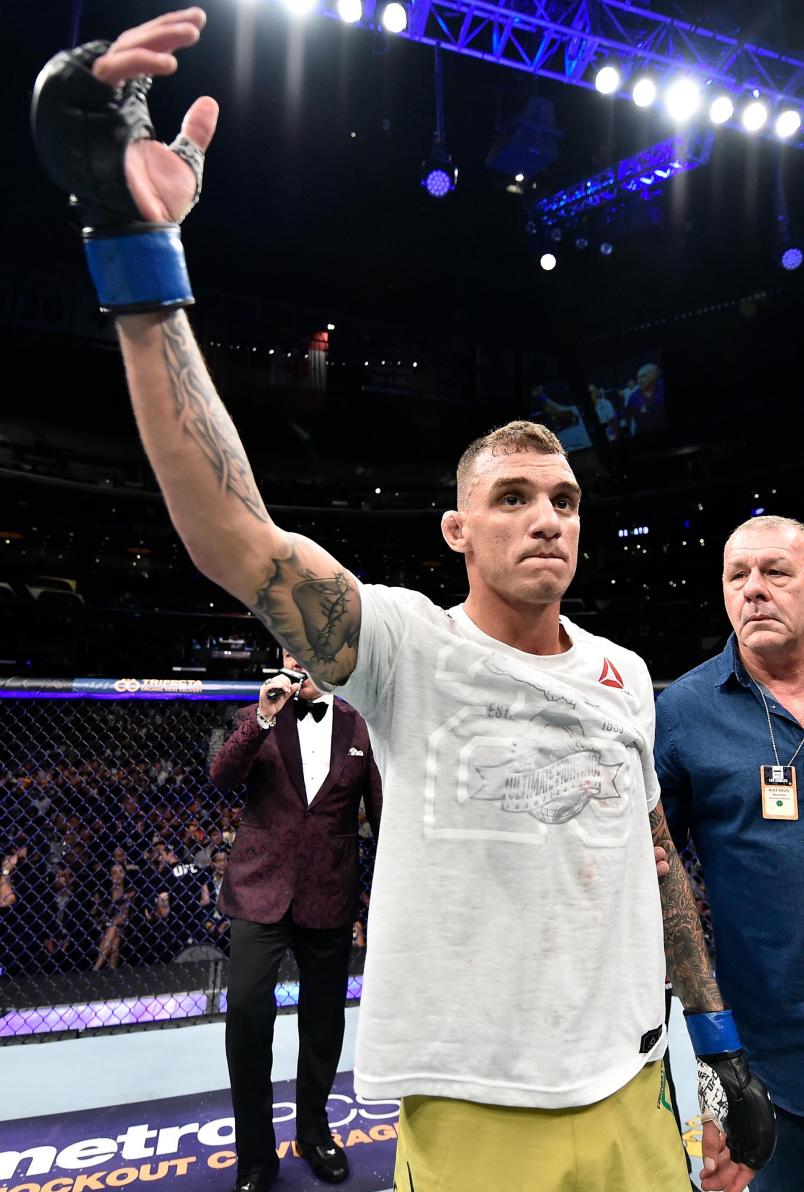 “I have to start over,” Moicano said of his move to lightweight and needing to work his way up the divisional ladder. “I don’t get frustrated about anything because since the beginning of my career, people — my family, my friends — said to me that I could not be a fighter and it was the same about going to lightweight — ‘You’re a featherweight; you should not go to lightweight’ — but, at the end of the day, it’s my call and I feel like it’s a new beginning for me.

“I have to put myself back in a position to be a contender and that’s what I’m planning to do with my next fight,” he continued. “All I have to do is go out there, perform well, and ask for a ranked opponent until they cannot deny me. I don’t get frustrated; I just care about what I have to do and that is put on a great show for the fans.”

And while he certainly would have preferred to face an opponent with a number beside their name, Moicano is more than happy to share the Octagon with a humble, respectful competitor like Fiziev on Saturday night in Las Vegas.

“I think Rafael is a tough fighter; I respect him,” he said of the lightweight from Kyrgyzstan, who collected a unanimous decision win over Marc Diakiese last time out. “I respect him because he’s a good athlete and he’s always humble. I like people who are that way because we are fighters and we have to respect each other.

“He’s a good fighter, but I believe in myself too much,” Moicano added.

“Don’t blink. Don’t miss it,” he said, offering his advice to those set to tune in this weekend. “I just want to alert the public that it’s going to be a helluva fight.”

And if everything goes as he envisions, it will be one that raises his profile in the crowded lightweight division and returns him to the position he held for the entirety of his featherweight tenure.

“The people are going to see me as a contender after this fight,” he declared.