"I know he’s gonna bring it, but I don’t think he’s ever fought a guy like himself. I’m gonna give him a little bit of what he likes to do, and that’s pressure him.” - Melvin Guillard 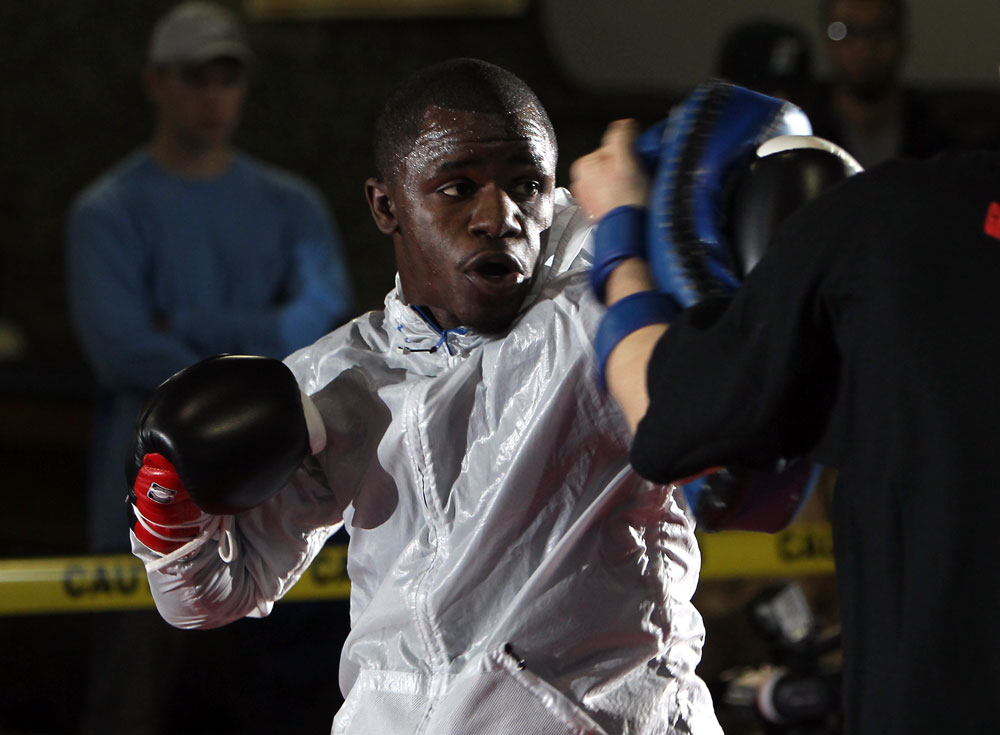 Make room at the table in New Jersey for Thanksgiving dinner. The long lost brother of Jim and Dan Miller is coming home.

“We’ll be triplets,” laughed lightweight contender Melvin Guillard. “My mom just left me out in the sun a little bit longer.”

It’s a hearty laugh for “The Young Assassin,” one produced after he explained, in all seriousness, why he feels his opponent in the FX main event Friday – fellow 155-pound standout Jim Miller – is almost a mirror image of himself.

“I’ve had my eyes on Jim Miller for around a year and a half,” said Guillard. “I watched him go and wreck guys constantly, and the reason why I admire the guy and look up to him is because he reminds me a lot of myself. He goes in there to bang, he’s got killer instinct, and he takes guys out. And that’s the kind of fighters I like. It’s like fighting myself in the mirror basically. The only difference is, I won’t be punching myself, I’ll be punching him. (Laughs) I know he’s gonna bring it, but I don’t think he’s ever fought a guy like himself. I’m gonna give him a little bit of what he likes to do, and that’s pressure him.”

Guillard, 28, is in a good place these days, despite the fact that he saw his five fight winning streak snapped by Joe Lauzon last October at UFC 136. It was a shocking result to many, but Guillard sees it as just one of those things where in this game, if you make one mistake, that could be the end of your night.

“Just one thing went wrong,” said Guillard, who was submitted in 47 seconds by Lauzon. “I was very impatient. I tried to rush it. I knew I was in better shape, I knew I was the better fighter, but I just happened to rush myself, and that’s the result when you rush something so delicate. You get caught with a stiff jab and then the guy takes your back and chokes you. I didn’t lose anything from that fight, but I did gain something in that I need to be more patient. It taught me to slow down and take those three deep breaths sometimes and then get a reaction.”

Before the loss, Guillard was riding high, having scored back-to-back 2011 knockouts of Evan Dunham and Shane Roller, and it was expected that a win over Lauzon would have propelled the New Orleans native onto the short list for a shot at Frankie Edgar’s lightweight title. Some even suggested that Guillard was overconfident for the bout against the New Englander, a notion the fighter dismisses.

“I just really felt good,” he said. “I was in good spirits and I was excited. I respect Joe and I know he has good skills. I knew that going into the fight; that was why I asked to fight him. I didn’t want no tomato can. I wanted to fight back home in front of my home crowd in Houston and actually give people a good fight. It just fell a little short. But I never underestimate anybody, not even the newcomers. And I look at it from a life perspective. You don’t know where somebody comes from, you don’t know their background, and you don’t know what they’ve been through in life or why they’re fighting. Some people come in there because they have a purpose to survive. They want to fight to survive in life, not just in the cage, and that’s the way I fight. When I step in there, I’m trying to better my life, so every fight’s important, and I treat everybody the same way. I fight every guy with the same intensity because at the end of the day, you can be one fight away from being cut in this business, and I want to make sure I keep my job for a long time to come.”

That shouldn’t be a problem for Guillard, given his talent and ability to always deliver compelling fights. And that’s not even mentioning his ever-growing level of maturity, something evident in the days after the Lauzon loss. I asked him how the Melvin Guillard of 2007 would have reacted to the defeat. He laughed.

“I probably would have been immature and stupid and said a lot of dumb things that I shouldn’t have said and probably would have gotten myself in trouble. But I think I handled it very well and very professionally. Am I upset with the loss? Yeah. Nobody wants to lose, and I hate losing, but it happens.”

And even when it does, sometimes your professionalism and body of work will earn you a high-profile comeback bout, and that’s just what he got against Miller, who is also looking to rebound from a recent defeat, his to Benson Henderson last August. Guillard is grateful for the opportunity and doesn’t want to squander it.

Now the hard work begins to build up another winning streak and get back in the title race. For this next leg of the journey, Guillard has changed his training camp scenery, going from the Jackson’s camp in Albuquerque to Boca Raton, Florida, home of the ever-growing Blackzilians squad.

“It’s been great, and I take nothing away from Jackson’s,” said Guillard of the switch. “I had great training partners there and they had guys coming in and out of town, but I think what I was lacking at Jackson’s was the structure. And here I have that as far as the training. I have to be on time and everybody has to be on the same page in the gym and doing the same thing. You don’t have people over here doing one thing and people over there doing another. Everybody’s in there to work and get better. So I think it was a smart move for my career right now.”

There were no hard feelings in the split either.

“At first I was gonna do half my camp here, half my camp there, but when I got here, I realized how structured and how great the training was, and I realized it was making me a little bit better because now I was focusing on my wrestling and my jiu-jitsu way more. I didn’t leave on bad terms and I hope Greg (Jackson) and them see it that way. Sometimes fighters have to move on to get better, and I felt like (Mike) Winkeljohn and Jackson did their job. I went on a five fight winning streak with those guys, and it was an amazing journey, and I always want to go back and still learn from them. I hope the door doesn’t close in my face and I hope I have a chance to go back and continue to train with those guys. A lot of them mean a lot to me, like Cowboy (Cerrone), Leonard (Garcia), Clay (Guida), little John (Dodson), little Diego (Brandao), Carlos Condit, and Jon (Jones) is a good friend of mine too. So I always want to go back. I still love those coaches the same way, and they’ll always be coaches to me.”

The only thing left is Friday night, and it’s the start to what is expected to be another compelling year in the life of Melvin Guillard. And while the book is yet to be written by “The Young Assassin,” he can give you a sneak preview of what he believes 2012 holds for him.