Nelson not worried about rankings, just his fight now 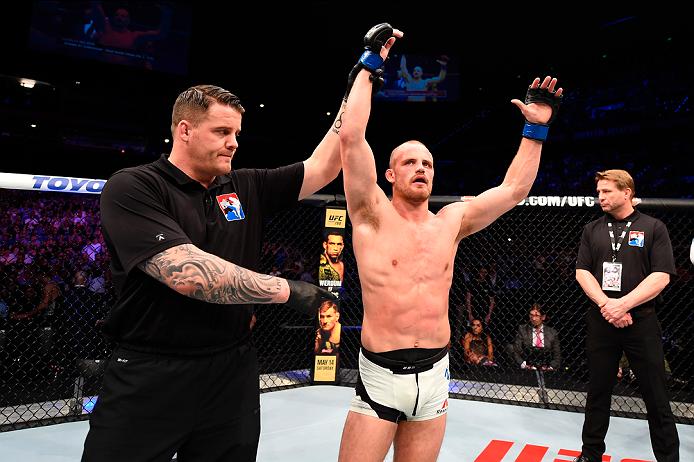 Some fighters obsess about their place in the rankings. They know the finer details about everyone positioned ahead of them – their wins, their losses, their shoe size – and have a keen awareness of who is nipping at their heels as well.

Ask them about their outlook for the coming months or the next year and they’ll give you a step-by-step breakdown of how they get from where they are now to the top of their division in a handful of steps, complete with a Six Degrees of Kevin Bacon-style flowchart that outlines who might stand in their way and how they will invariably turn them back on their quest for championship gold.

The fact that Gunnar Nelson isn’t one of those fighters shouldn’t come as a surprise. Quiet and calculating, the Icelandic welterweight would rather focus his thoughts on the tactical side of the sport than waste his energy worrying about where he sits in the rankings.

“If I’m thinking about this sport, I’m thinking about more technical aspects and what I enjoy most about it, what keeps me here – sequences, drills, moves and tactical, strategical thought; the sport itself and martial arts,” said Nelson, who squares off with Alan Jouban in the co-main event of this weekend’s return to the O2 Arena in London.

“Every now and then I do paint a little picture, see what it’s like and what could possibly happen – two more fights this year and things go well, maybe we’re looking for a title shot early next year – (but) it doesn’t interest me that much; it’s not me. Titles are not the most important thing to me in this sport.”

As the linear paths towards the top of divisions have encountered more detours and roadblocks in recent years, an increasing number of fighters have shifted their focus from the dogged pursuit of titles to skill development and seeking out the most difficult divisional challenges possible.

While fighting for championship gold remains the primary focus for many on the UFC roster, competing against the best and improving each time out has become the key motivator for many others including Nelson.

“Don’t get me wrong, I’m not in there to be just another fighter fighting,” he said, clarifying his position. “Being a journeyman and win some, lose some; I don’t mean it that way.

“I want to win every single fight that I fight and I want to get better every time, but I’m just not concentrating on the gold, if that makes sense. I’m concentrating on making myself better and perfecting my movements, learning more and evolving as a fighter and a human being, really.”
RELATED CONTENT: London Fantasy Preview | Three fighters On the Rise | Under-the-Radar fights | Reasons to Watch

After an impressive second-round submission win over Albert Tumenov last May in Rotterdam, Nelson was readying to return to action opposite Dong Hyun Kim in the main event of the UFC’s return to Belfast, Northern Ireland, when he injured his ankle and was forced from the contest.

The setback scuttled a second opportunity to compete in the Octagon in front of the raucous Irish fans who have adopted Nelson as one of their own due to his longstanding relationship with John Kavanagh and the SBG Ireland team, but the cerebral welterweight, who is far more engaging and charismatic than he’s given credit for in the media, is able to put a pragmatic spin on it now.

“I was hyped, I was ready to go,” Nelson said. “It was the second time in Ireland for me with the UFC. The first time was amazing and the second time, being the main event in Belfast, I was very excited. I was well prepared and then having 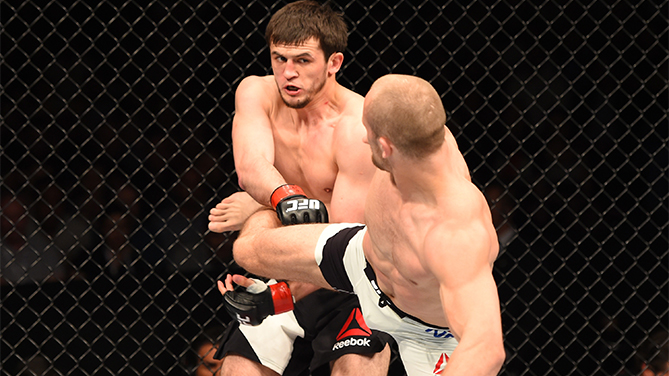 this thing happen – it was dreadful.

“It’s just one of these things that happens,” he added. “I hope it doesn’t happen to me again; hopefully I’m done with that now. That was my freak accident. I’m over it now and here I am, getting ready to go on Saturday night.”

Jouban has been on a roll of late, collecting a trio of victories in 2016, including a Fight of the Night thriller with Belal Muhammad and capped by a unanimous decision win over Mike Perry in December.

Given that the bout was finalized in early February, neither man has had an extensive amount of time to prepare or study their adversary in advance of Saturday’s clash, but that suits Nelson just fine.

And after an extended period on the sidelines and his missed headlining opportunity in Northern Ireland, the Icelandic contender is raring to go.

“I don’t watch my opponents too much, to be honest,” he said. “I watch to see what stance they bring, roughly what kind of way they like to move and then I just prepare myself for battle.”

“It was unfortunate that other thing in Belfast happened, and I’ve been hungry for a while. I got this one on short notice and I’m happy we’re here. I’m ready to go in there and show what I can do.”