Neil Magny Has Prepared For This Moment

Fighting Under Pressure In Brazil Is Not Unfamiliar Territory For Neil Magny Who Faces Gilbert Burns At UFC 283: Teixeira vs Hill
By Maddyn Johnstone-Thomas, on Twitter @MaddynThomas • Jan. 19, 2023

This is not Neil Magny’s first rodeo when it comes to fighting in someone else’s home court, specifically Brazil. His bout against Gilbert Burns at UFC 283: Teixeira vs Hill will be Magny’s fourth UFC fight in Brazil. Magny is no stranger to high-pressure situations and fighting someone with high stakes behind it. He feels that everything he has faced leading up to Saturday night has prepared him for that moment.

In the past, Magny has fought Sérgio Moraes, William Macário and Demain Maia in Rio de Janeiro. He has gone 1-2 in those three bouts and is hoping to make his record in Brazil an even 2-2 after defeating Burns, who currently sits ranked at No. 5 in the welterweight division. 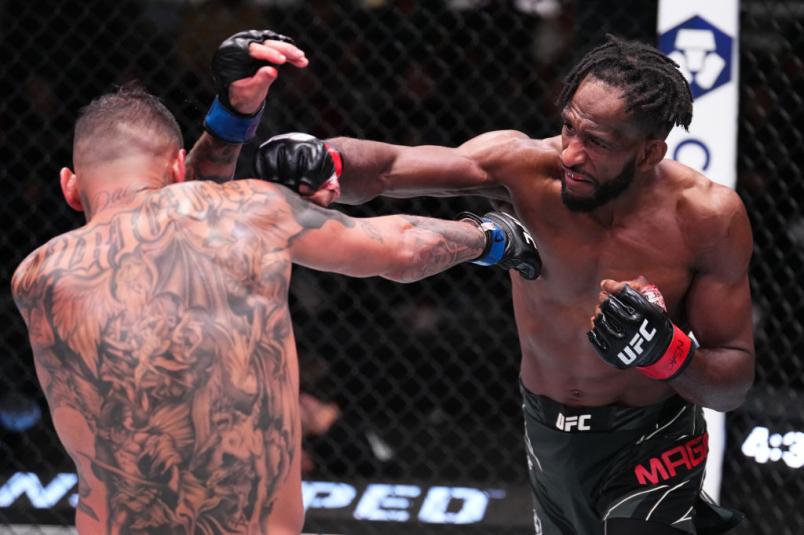 Even though Magny sits a few spots under Burns in the rankings at No. 12, he wasn’t going to pass up an opportunity like this one.

“I knew coming down Brazil to fight a top five guy would be something that (Burns) would likely not turn down, especially with the lack of other opponents available,” Magny said. “At the end of the day, it just was a huge opportunity for me, and I would definitely would not have wanted to miss out on that opportunity. When I saw the the stars line up for a top five opponent with a huge card coming up to start the year, I signed myself up for it.”

Although Burns’ last fight against Khamzat Chimaev didn’t send him off with a victory, it was one that will be remembered for years to come. Magny said that during that fight, Burns showed his heart and willingness to go out there and compete.

Both Burns and Magny are classified as veterans in the sport and, as time passes, some people might start to wonder how much more a person has left, but as Magny watched Burns and Chimaev throw down, he realized that Burns still has a lot left, which motivated him even more during training camp. 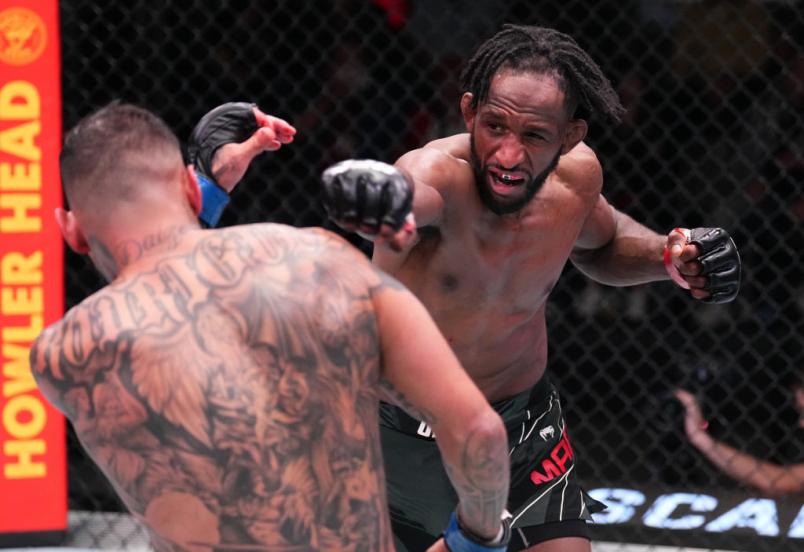 “That just kind of forced me to be attentive throughout my training camp,” Magny said. “I can't take a moment for granted, and I can't take him for granted. I understand I have a tough, dangerous opponent ahead of me. Knowing that going into the fight, I think it will bring out the best in me.”

Prior to his fight with Daniel Rodriguez in November, Magny had spent time training with fighters at Marquez MMA in Philadelphia such as Sean Brady and Jeremiah Wells. Being able to train with people of those caliber pushed Magny out of his comfort zone.

“When I go to Philadelphia to train with those guys, there's not a single easy round ahead of me,” Magny said. “It's that mentality, the pace, the pressure, everything is just kind of different. It forces me out of my comfort zone, and I was kind of leaning into that. I was like, 'Man, this kind of sucks, but I love it.' Going to Philadelphia every round was a tough round. It was a tough moment. I needed that at this point of my career and this particular training camp, I need to go out there and feel uncomfortable.”

Being comfortable in his own element was one of the main things that “The Haitian Sensation” took away from his last fight against Daniel Rodriguez, in which he came out victorious with a third-round submission. Magny acknowledged that sometimes he trains one way in the gym and then performs differently on fight night, but that wasn’t the case in the Rodriguez. He knew what he was capable of, and he executed. 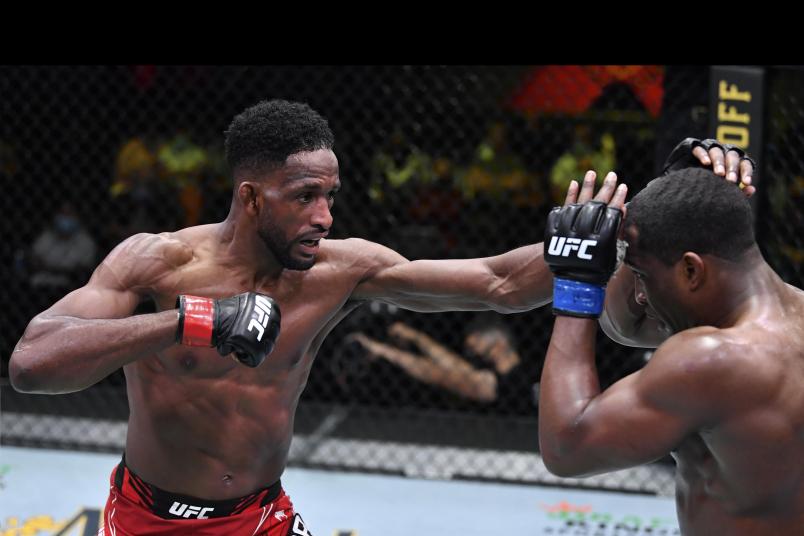 Magny feels that his style matches up well with Burns, noting that he’ll go into the bout with a nine-inch reach advantage. He is confident in his wrestling credentials, as well as striking, while Burns is an excellent grappler and striker, which makes this a must-see matchup.

Only three weeks into the new year, being able to start 2023 off with a win over a top-5 opponent would just be a glimpse into what could happen for Magny over the next 11 months.

“To have one fight down with 11 more months to go, that's an exciting year for me,” Magny said. “There are so many opportunities after this fight for me moving forward, so to go there, get this thing done in an impressive fashion and move forward, that’s a great opportunity for me this year. The sky is the limit, where literally anything can happen from now until December, and I'm ready for it all.”