"When you set goals and the goals end up coming true, it’s pretty sweet and it keeps me motivated.” - Rick Story 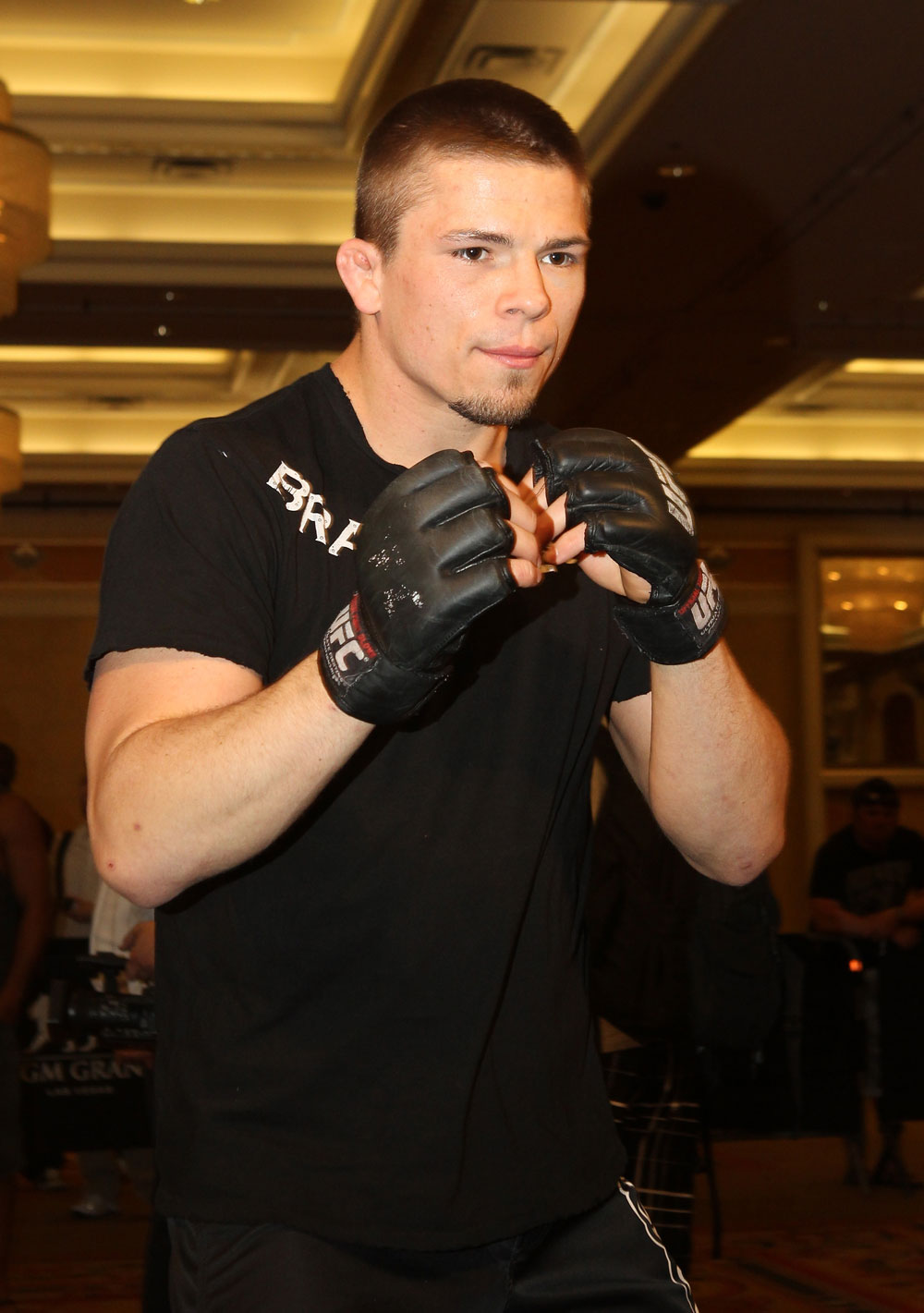 Slightly over two years ago, Rick Story was a rookie in awe of what he was about to be undertaking as he prepared for his UFC debut against John Hathaway in Germany. Now, he’s fresh from a three round win over highly-regarded contender Thiago Alves less than a month ago, and preparing for his first headlining gig against Nate Marquardt this Sunday.

The soft-spoken Washington native has also become an in-demand figure among the media, making this last 24 months the wild ride of a lifetime.  And he’s not complaining.

“I’m getting used to it,” he smiles. “And it just lets me know that I’m where I want to be and that all my training is paying off. It solidifies my position and my commitment to the sport. I know that sounds kinda weird, but when you set goals and the goals end up coming true, it’s pretty sweet and it keeps me motivated.”

After dropping a three round decision to Hathaway at UFC 99, Story has had plenty to keep him motivated. Six fights, six wins, and a growing reputation as a legitimate 170-pound contender. That status was confirmed at UFC 130 last month, as Story showed off an impressive well-rounded game in his unanimous decision win over former world title challenger Alves.

The victory was more than enough reason for the 26-year old Story to celebrate and take a few weeks off. He decided to take two days instead, and that was a good thing considering that just five days after the Alves bout, he received a call asking him if he wanted to step in on short notice to replace the injured Anthony Johnson against Marquardt.

“I’m all about it,” he said. “I love fighting frequently because I never get out of shape. When I get that, it’s awesome.”

That response was expected from the hard-nosed Story, the type of kid who would probably fight every week if he was able. But he wasn’t coming off a one round blowout. The Alves bout was a grueling 15 minute battle, and there had to be concerns about turning around and doing it again so soon. Well, not from “The Horror.”

“I had black eyes and stuff and I didn’t jump back into super intense training,” he said. “I jumped back and did some conditioning and stuff, but definitely not sparring for a week and a half, two weeks. As far as that goes, I didn’t really take too much damage (against Alves), so I felt really good after about a week.”

You know what they say about risk and reward, and there’s plenty of both for Story this weekend in Pittsburgh. Yes, he’s taking on a perennial standout in Marquardt who dwarfs him in experience, and he’s doing it on short notice. But on the other side, he knows that the name of Marquardt on his resume will hold plenty of weight, and being the Coloradan’s first opponent at 170 pounds also puts him in a position to provide a particularly painful welcome to the division.

“He’s a pretty well-rounded fighter and I’m sure he’s experienced everything,” said Story of Marquardt. “But he’s probably gonna underestimate my strength because there are a lot of ‘85-pounders out there that I’m stronger than, and most people’s reason for dropping weight is to have that size and strength advantage. That might be something that he’s looking for, but he might not realize that he’s not gonna get it in this fight.”

“That’s the most obvious thing because the weight cut’s gonna suck for him, and it’s pretty much like that for me for every fight,” he said. “I go out there, and a lot of people are sticking to the sport side and the competition, but really, it’s a fight, and a lot of people get uncomfortable when it becomes a fight and there’s not a lot of people that encourage or welcome the fight aspect.”

That’s the aspect of the game that Story lives for. It’s not the interviews, the photo shoots, or autograph signings, though as he pointed out, he’s getting used to those. No, what pushes him is what happens in the Octagon on event night. He’s no businessman, he’s a fighter, and on Sunday, he’s one win away from shaking up the welterweight division. Is that worth calling for a title shot?

“I think so,” he said. “Two guys that fought for the title before, I think that deserves something.”