Nate Marquardt Turns Back The Clock

“For this fight especially, I have this renewed passion and motivation to get into the gym and give a hundred percent every day, and that’s what I’ve done for this camp." - Nate Marquardt 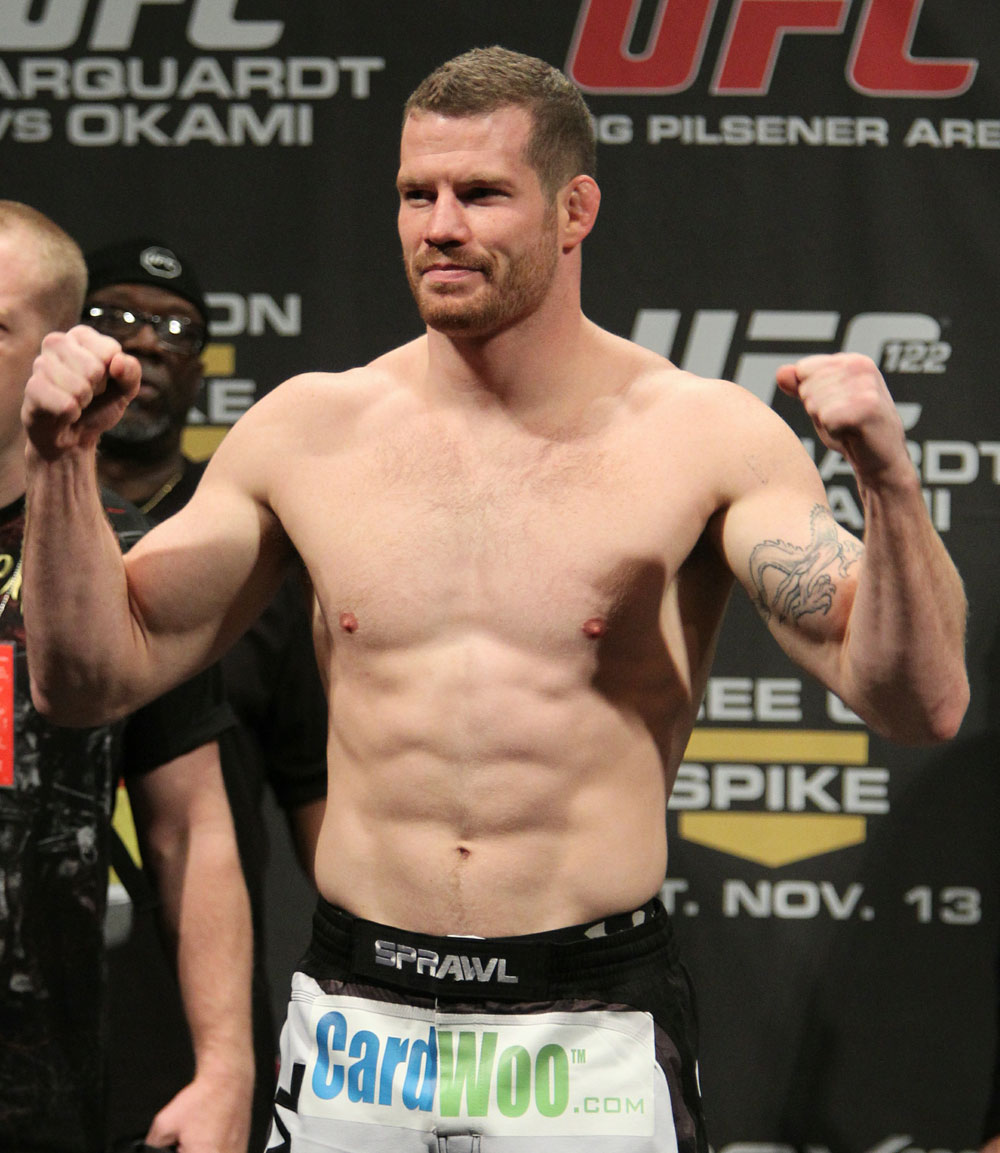 It was a question that needed to be asked. With a fight against Fight of the Night king Yoshihiro Akiyama approaching, was Nate Marquardt already picking out things to spend his post-fight bonus check on?

Since that response, Akiyama withdrew from the bout due to the devastating earthquake and tsunami that hit his Japanese homeland, and scrappy New Jersey native Dan Miller stepped in for Saturday's UFC 128 bout. Given Miller’s aggressive, no nonsense attack, a Fight of the Night is still a strong possibility, but Marquardt’s approach hasn’t changed. He wants to win decisively. If it’s a back and forth war, then he hasn’t done his job.

What has changed for “Nate The Great” in the last couple months is that he’s not everywhere in the media like he was when he headlined UFC 122 against Yushin Okami in his last bout. He’s doing what’s asked of him promotionally, but as far as carrying the promotion (which was a necessity last November considering Okami doesn’t speak English, thus cutting down the amount of English-speaking interview requests), he’s content to sit back and let his fighting do the bulk of his talking.

“It was something I had decided that affected me in a negative way,” said Marquardt of his media blitz leading up to the Okami bout, which he lost via unanimous decision. “I was doing too much media, too many interviews, and it was affecting me in my peak weeks, which are my last two weeks of hard training. It was affecting my rest time and my mental state all around.”

As one of Marquardt’s teammates, Keith Jardine, once told me in 2007, “Talking to the media and stuff, people get to rent space in your head.” And he’s right. For every insightful query there are two more either asking inane questions or pounding away with a particular point that can take a fighter’s focus off what he’s training to do. Some athletes deal with it effortlessly. Others can do without it in the days leading up to an event.

“I think a lot of reporters ask you these questions, but they’re not really questions,” he continues. “They imply things and it’s like having someone tell you over and over whatever it is that the general public is thinking. Let’s say the guy is a really strong guy and every single reporter asks you ‘how are you going to handle his strength?’ So basically every time you’re doing an interview someone’s telling you ‘this guy’s gonna be really strong.’ I have strong training partners, I know how to deal with strength, but all of a sudden it’s a big deal in your head.”

It wasn’t always like this for Marquardt. When he began his career in 1999 at the age of 19, mixed martial arts wasn’t where it is today. It was an outlaw sport barely appreciated in the United States, and if Marquardt did a small handful of interviews before a fight, it was a lot. In fact, the sport was in such a state here that he made his name as a fighter in Japan as the first middleweight King of Pancrase.

“It was easier than fighting in the UFC because it was a foreign land,” he said. “I’d get over there and everything was different and new, but at the same time, I didn’t feel the same pressure because I didn’t speak the language, it’s not as much pressure with the media, etc., and the fans are different over there. They’re very respectful and you don’t have the same kind of critics that you have over here. It was definitely a good thing because it put me outside of my comfort zone and it was probably easier to deal with.”

Right about now, you’re probably thinking ‘shouldn’t Marquardt be happy with the way things are going for the sport and that everyone wants to speak to him?’ To answer that, Marquardt, one of the game’s good guys, is grateful for everything that has happened to him over the last few years. But veteran fighters like him and Quinton “Rampage” Jackson both experienced a bit of a culture shock when coming over to the UFC as it exploded onto the mainstream map. As Jackson told me, when he was in Japan during the PRIDE days, he was a star, he was “Rampage”, but when he came home, he could be Quinton Jackson. Now, he must be “Rampage” all the time.

“That’s a hundred percent true,” said Marquardt. “Very few people in the States knew who I was when I was fighting in Japan, and suddenly, it’s 24/7. You have to be Nate Marquardt the fighter whenever you’re in public. It’s a lot more pressure.”

And he’s dealt with it well. He’s still soft-spoken and reflective, but he’s embraced his duties outside the Octagon over the last five-plus years. Yet after the Okami loss, his second in his last three fights, Marquardt needed to re-focus, get back to basics, and remember what got him to the upper reaches of the middleweight division in the first place.

In this training camp, the 31-year old Marquardt got his mojo back.

“I still love the sport, it’s still my passion, and I’m very blessed and fortunate that it is,” he said. “For this fight especially, I have this renewed passion and motivation to get into the gym and give a hundred percent every day, and that’s what I’ve done for this camp. I really feel like I felt when I was 20 years old and training for fights over in Japan. I feel hungry and I feel like an animal when I’m in the gym.”

As for the Okami fight, one that many felt he could have won if he pressed the action more consistently, he’s heard the talk, he’s made adjustments, and it’s all in his rear view mirror now.

“I really have put that behind me,” said Marquardt. “I figured out what happened and what went wrong and I lost the fight. The judges scored it for Okami, but at the same time, it was very close and could have gone either way, and it was really my fault that I let it get that close. Throughout the fight I should have went for it more, but I’m looking forward now. I really worked on the problems and will be able to put on a great performance.”

His last five wins (over Rousimar Palhares, Demian Maia, Wilson Gouveia, Martin Kampmann, and Jeremy Horn) have all been by KO or submission. His last two losses (to Okami and Chael Sonnen) hard-fought decision defeats. If Nate Marquardt is on track to deliver a “great performance”, it will send a message to the middleweight division that he’s back on his way to a world title shot. And if he gets that shot and makes good on it, all that has happened – good and bad – over the last 12 years will have been worth it.

“I kinda feel like that’s why some of the things that have happened to me happened the way they did because God wants me to appreciate it when I get to the title,” he said. “It’s just gonna make it mean that much more to me.”