Nate is Great in Middleweight Return 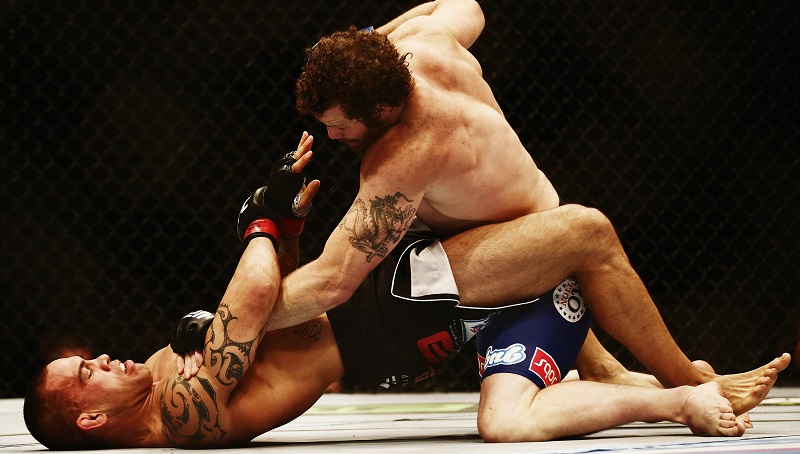 A return to middleweight was just what the doctor ordered for veteran Nate “The Great” Marquardt Saturday at Vector Arena in Auckland, New Zealand, as he snapped a three-fight losing skid at welterweight by going back to 185 pounds and submitting Darfield’s James Te Huna in the first round of their UFC Fight Night main event.

After a rousing introduction that included a traditional haka for the hometown hero, Te Huna – who was making his middleweight debut after a UFC career spent at light heavyweight - stalked Marquardt but ate a knee for his trouble. Te Huna tried to slam the former world title challenger for his trouble, but it was Marquardt taking the top position on the mat, where he threw strikes that bloodied his opponent. With two minutes gone, Te Huna got to his feet and went on the offensive, rocking Marquardt with an uppercut. The Coloradan got the bout back to the mat though, landing right in the mount position. Te Huna tried his best to escape, but as he did, Marquardt sunk in an arm bar, forcing a tap out at the 4:34 mark. 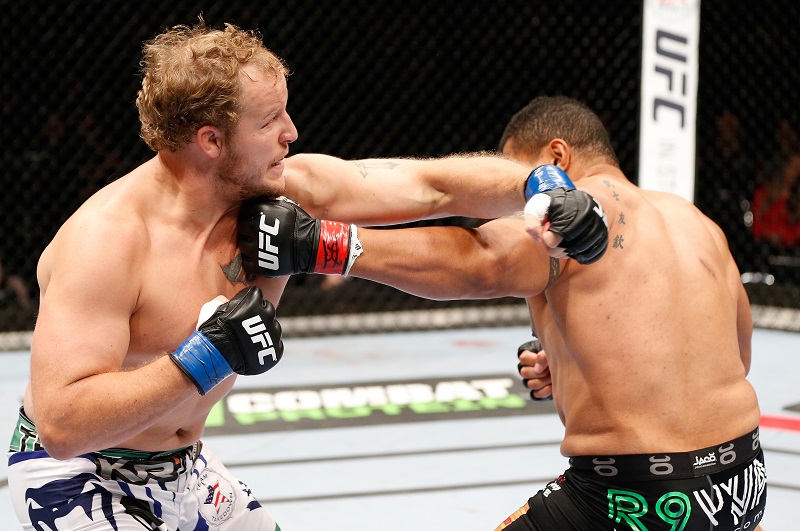 Perth, Australia’s Soa Palelei went the distance for the first time in his career in his co-main event bout against Jared Rosholt, but it wasn’t the result he wanted, as he was outpointed unanimously by the American wrestler.

After a tentative opening, Palelei worked hard for a takedown, but Rosholt kept him away, going on to lock “The Hulk” up against the fence. As they broke, Palelei’s next takedown attempt came up short, with Rosholt firing away with ground strikes while looking for a submission. It was Palelei escaping in the final seconds though, and the Australian unleashed a furious assault of ground strikes before the round ended.

Showing off some stand-up power, Rosholt rocked Palelei with uppercuts in round two, putting his opponent on the deck. A series of ground strikes followed, but Palelei was able to survive and get back to his feet, though he remained locked up by Rosholt. With a minute left, the two broke, Rosholt staying in control against the tiring Palelei.

Rosholt got the takedown and dominant position in the first minute of round three, and the former Oklahoma State University standout kept Palelei from getting back to his feet or doing anything basically, as he rode out the clock and picked up his third consecutive UFC win. 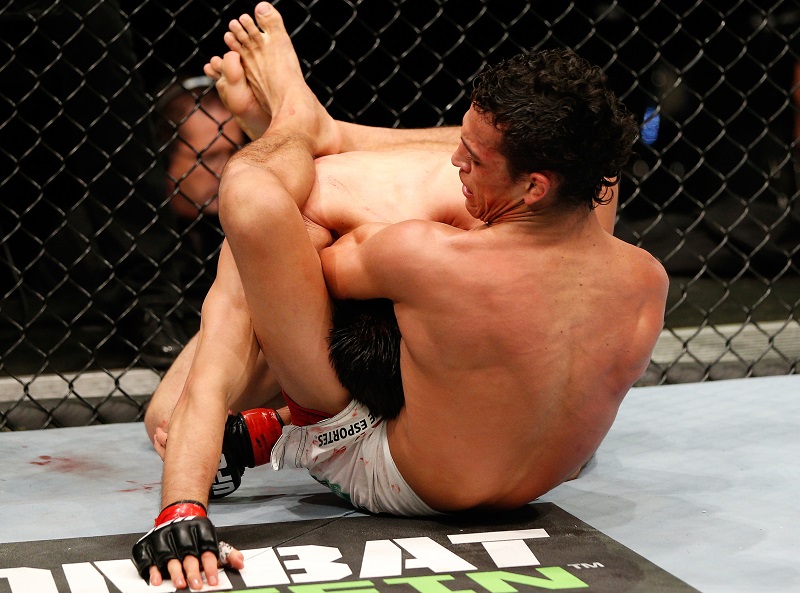 In a classic clash of groundfighting aces, Charles Oliveira became the first man to submit Hatsu Hioki, finishing the longtime Japanese contender in the second round of their featherweight battle.

Oliveria went on the offensive immediately, locking Hioki up while seeking a submission. Hioki briefly attempted a flying triangle but gave it up. After these attempts, the two continued to scramble on the mat and against the fence, thrilling fans of technical grappling. Hioki got a takedown midway through the round, and the two traded ground strikes before standing. With a minute left, Oliveira got his own takedown and he went for a D’Arce choke, but Hioki got loose and reversed position, making it to his feet just before the bell.

The high-level grappling continued in round two, with Oliveira searching for a leg lock and Hioki escaping. But as the two rose to their feet, Hioki accidentally poked Oliveira in the eye, prompting a visit from the Octagonside physician. After being cleared to continue, Oliveira got back to business, but a takedown ended up with Hioki on top. The Brazilian remained the busier fighter from the bottom though, as he fished for submissions and fired off strikes. In an ensuing scramble, Oliveira sought out a choke, but Hioki pulled free and took his foe’s back, with a rear naked choke attempt following. Now it was Oliveira’s chance to attack, and attack he did, sinking in a tight choke that ended matters at 4:32 of round two.

In a clash of welterweight young guns, 23-year-old Robert Whittaker snapped a two-fight losing streak with a three-round unanimous decision win over 24-year-old Mike Rhodes that opened the main card.

It was hard to separate the two in the first half of the opening stanza, as each got off several punches and kicks, most delivered while standing in the pocket. With less than two minutes remaining, a left-right jarred Rhodes momentarily, and after taking a few more shots, “Biggie” locked Whittaker up briefly before resuming his striking attack, which was effective in the closing stages of the round.

Rhodes got a takedown in the opening minute of round two after a strong start by Whittaker, and the New Zealand native rose quickly. And while both fighters remained busy, Whittaker’s shots clearly had more steam behind them, and when you coupled that with good movement and defense, it was a clear round for the former TUF Smashes winner.

Picking up his already fast pace, Rhodes tried to make a strong final stand in the last round, and though he landed a few hard strikes, Whittaker bloodied his nose with short elbows and then turned the tables with a takedown. It was here that Whittaker kept the fight until the final 10 seconds, wrapping up a solid return to the win column.