Israeli Lightweight Looks To Put Together First Win Streak In The UFC Saturday
By Thomas Gerbasi, on Twitter: @TGerbasi • Dec. 2, 2022

If Natan Levy does all he wants to do as a professional mixed martial artist, his April meeting with Mike Breeden will look to us on the outside as just another fight, just another win.

But it will be so much more than that to Levy.

“It was everything to me,” he said of his first UFC victory. “It was the proof that I belong and all my hard work paid off over the years. Of course, there's much more still to be done but, for me, that was a huge accomplishment. I had my first amateur win, my first pro win and my first UFC win. It's special to me.”

A contract winner on Dana White’s Contender Series in 2020, Levy was sidelined for a year before he could make his Octagon debut, losing a competitive three-rounder to Rafa Garcia. But earlier this year, he put it all together the second time around against Breeden, and now he can look to this Saturday’s meeting with Genaro Valdez as a new start to chase new goals.

“It's very cool, but always, when you strive to do big things, there's a lot of pressure, as well, and you want to put small, more achievable targets, and therefore that pressure is more manageable and you also take it one step at a time,” he said. “You still know what floor you're aiming for, but you gotta walk one step at a time. If you jump, you're gonna fall down the stairs.” 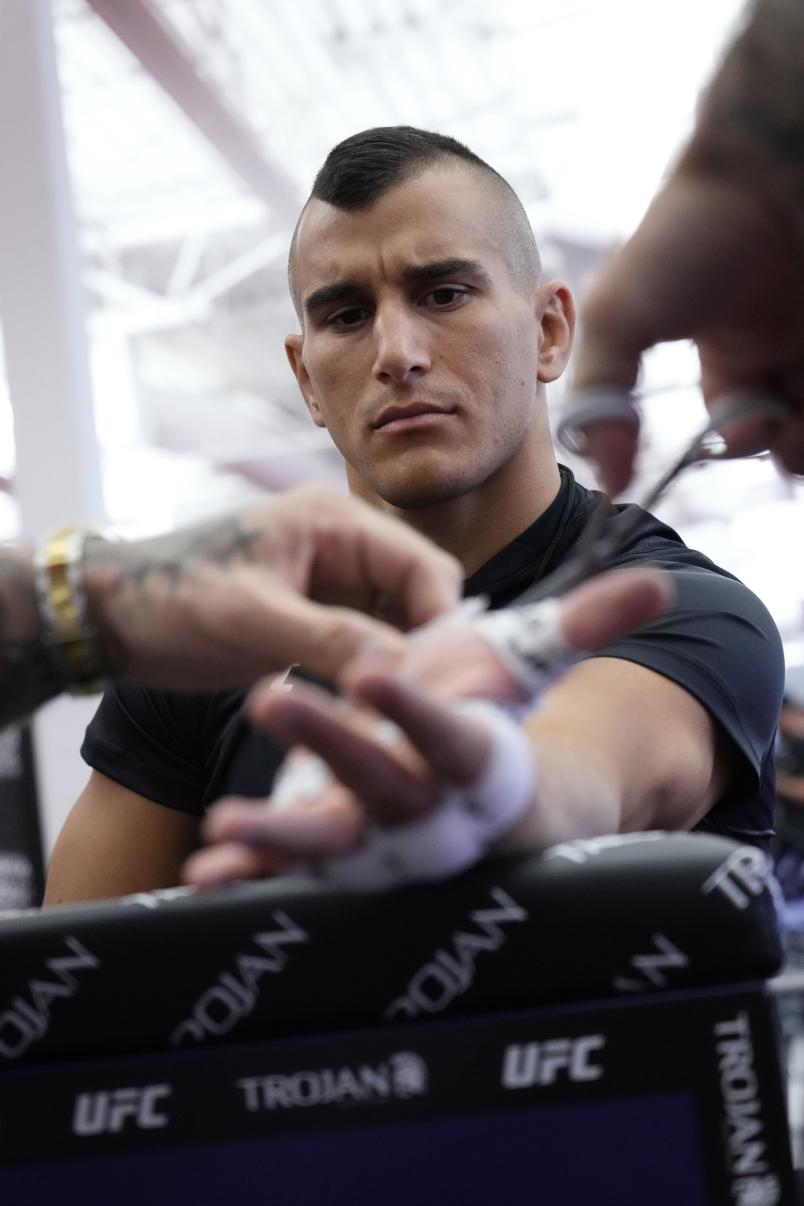 Natan Levy of Israel has his hands wrapped prior to his fight during the UFC Fight Night event at UFC APEX on April 30, 2022 in Las Vegas, Nevada. (Photo by Mike Roach/Zuffa LLC)

That first step is beating Valdez at Amway Center in Orlando, and given the Mexico native’s style, the potential is there for both lightweights to walk away with some extra cash this weekend.

“I think it's going to be a banger of a fight and I know no matter the outcome, both of us are going to get our name out there and maybe even a bonus,” said Levy. “I know he's going to push me to the deep water, and I intend to do the same and, to me, that's what it's all about - the challenge, and the bigger and better the challenge, the more exciting it is, and Valdez is definitely a tough opponent and the kind of scary opponent that is going to bring the fight, and I'm looking forward to it.”

Another win will cap off the best year of Levy’s career and send him into 2023 in a great position in a division that’s always been stacked. It will also continue to raise his profile back home in Israel, where he’s already kind of a big deal.

“It's life changing,” he said of the reaction he gets when he visits. “There's an incredible amount of support, and especially the last couple times that I visited, even though MMA is not mainstream there, somehow, everywhere I go almost, there is somebody that's gonna recognize me and ask for a selfie or something. So it's a different feeling now to be in my home country. It's not what it used to be.” 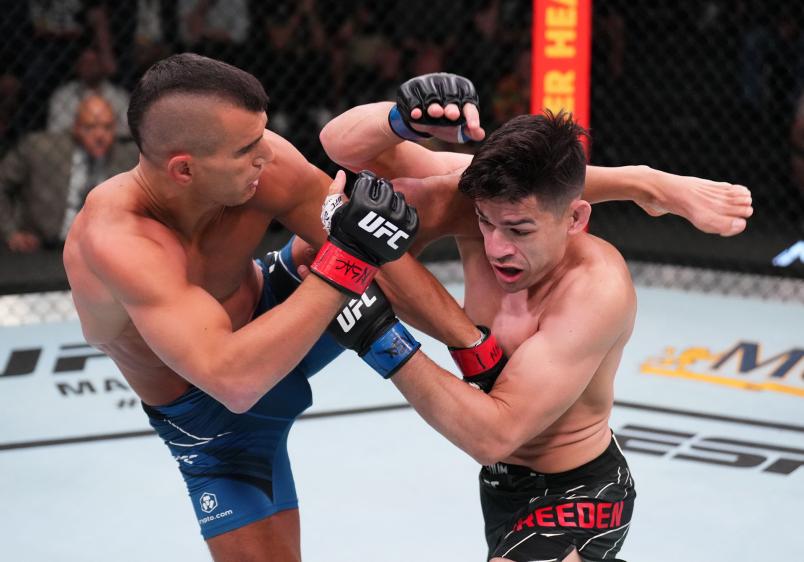 Israel has never been a hotbed when it comes to producing MMA fighters, so you have to imagine that Levy telling family and friends that he was going to go to the United States to pursue this mysterious combat sport was met with some skepticism. He laughs, not naming names.

“I think it doesn't really matter, even if they doubt you or not, as long as they support you,” Levy said. “So I might think somebody can't make it, but if he needs my help, I will help him and hopefully he will get there. I never really ask too much about who believes in me and who doesn't, because I'm going to do it anyway. But as long as you support me, you're on my side.”

Now, the 31-year-old has got family, friends, and a whole nation on his side. That’s a lot to carry into the Octagon, but he’s embracing it.

“There's some pressure to it, but it also gives me strength,” Levy said. “Usually, I always think about it that I fight for myself, and I fight because I love the sport and the way of life. But when there's more to fight for, it's added motivation. I always say I don't need motivation because I have discipline, but sometimes if you get a boost of motivation, it can't hurt.”